Global law firm Clyde & Co has today announced the promotion of 24 equity partners across its international network. This is the highest number of partner promotions in the firm’s history and double the number in 2018, when 12 were promoted. The promotions are effective from 1 May 2019.

Seventy per cent (70%) of the promotions are outside of the UK, further demonstrating the strength of the firm's international office network, with over 50 offices and associated offices across six continents. Seven of the promotions are in the UK, six in the Americas (all in the United States), five in Asia Pacific (APAC), four in the Middle East and Africa (MEA) and two in continental Europe.

Of the six promoted partners in the United States (the first time more than one partner has been promoted there in any one year) four work on the defence of asbestos and other toxic tort claims for insurers. The growth of the aviation team reflects increasing levels of aviation sector commercial work including aircraft financing and regulatory.

In the UK, over half of the promotions are based outside London – three in London, two in Guildford, and one each in Manchester and Oxford. Two female partners, Rebecca Armstrong and Eleanor Coates are made up to partner in the firm’s marine practice in Guildford.

The firm’s insurance practice has been strengthened globally across both contentious and non-contentious work including new partners in Riyadh, Madrid and Dusseldorf, where the firm opened an office in 2016.

Simon Konsta, Senior Partner at Clyde & Co, comments: “We are proud to be able to promote such a large, talented and record cohort of new partners who pride themselves on delivering the market-leading and commercially minded advice that Clyde & Co is known for."

"The diversity of the group across sectors and geographies is especially pleasing. However, we are conscious that the gender diversity in the group, which in recent rounds has generally been above 30%, has slipped this year and we will be analysing the reasons behind that and redoubling the initiatives we have in place to ensure we are encouraging greater diversity at every level of our business."

Over the last financial year Clyde & Co has launched, in addition to existing initiatives, a number of initiatives aimed at encouraging gender diversity throughout the firm.  These include:

•             A formal global mentoring programme, which is designed to make it easier for people at every level of the business to be involved in mentoring - either as a mentor or as a mentee.

•             A new training programme aimed at helping to ensure that all lawyers, including female lawyers, are well-equipped with the skills and tools needed to successfully build their profiles in today's fast moving, 24/7, digitally-enabled world.

•           Agile and flexible working pilots in a number of locations

Liz Jenkins, partner, global Management Board member and member of the Partnership Selection Committee adds: "Over the last five promotion rounds the gender diversity of our partner promotions has been 28%. How we improve that further is something we are actively focusing on. It is not easy but we have a very diverse pipeline of talented lawyers coming through and what we are doing is looking at how to create an environment that ensures that we can maintain that diversity right through to partnership level." 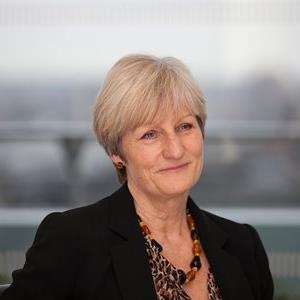