Without DRONE-ing on: A legal overview of drones in South Africa

The Remotely Piloted Aircraft Systems ("RPAS") industry in South Africa is slowly gaining traction and is expected to take-off swiftly into the horizon of the foreseeable future. In the South African market, the most common uses of RPAS are for personal or commercial use, the latter encompassing film making, aerial surveys, search and rescue operations, agricultural observations such as crop counting, climate change surveys, wildlife management, mine surveys, aerial photography, crowd monitoring

This article will briefly navigate through the South African regulatory framework governing RPAS and discuss issues and case studies arising from the enforcement thereof.

In South African law, RPAS are governed by the Civil Aviation Regulations, Part 101 – Remotely Piloted Aircraft Systems ("Part 101"), which came into effect over three years ago, on 1 July 2015. Part 101 applies to the operation of RPAS for all commercial, corporate, non-profit and private uses, but specifically does not apply to autonomous unmanned aircraft or any other aircraft which cannot be managed on a real-time basis during flight.

With respect to the private use of RPAS, Part 101, in essence, stipulates that RPAS may only be used for an individual's personal and private purposes where there is no commercial outcome, interest or gain and only in instances where the pilot observes all statutory requirements relating to liability, privacy and any other laws enforceable by any authorities. For all other uses of RPAS (ie commercial, corporate and non-profit), the distinguishing regulatory feature is that the RPAS must be registered and may only be operated in compliance with Part 101.

The main restrictions applicable to the private operation of RPAS are that the RPAS cannot be operated above 400ft above the ground, within a 10km radius from any aerodrome, within 50m of any person, property or public road, or within controlled, restricted or prohibited airspace. Private RPAS operators are restricted to operating RPAS with a maximum take-off weight of 7kg, can only fly in daylight and clear weather conditions and have the further restriction that they can only operate in restricted VLOS, meaning an operation within 500m of the remote pilot and below the height of the highest obstacle within 300m of the RPAS, in which the remote pilot maintains unaided visual contact with the RPAS to manage the flight and meet separation and collision avoidance responsibilities. The "trade off", so to speak, is that private RPAS operators are not required to hold an RPAS license, which is an arduous process in obtaining and maintaining.

In order for commercial, corporate and non-profit RPAS operators to comply with Part 101 and operate RPAS "legally", the following is required:

Over and above the requirements delineated for commercial, corporate and non-profit RPAS operators, the actual RPAS are required to be operated by duly qualified and licensed pilots, which licenses may be applied for by any person over the age of 18 who has the relevant medical certificate and has completed a theoretical examination as well as skill tests and flight training from a training facility duly authorised by the Civil Aviation Authority.

Notably, all holders of an RPAS operating certificate must at all times be adequately insured for third party liability, which is legislated at a minimum of R500 000 per RPAS.

Enforceability, case studies and the role of insurers

As is easily ascertainable from just the above summary of the extensive restrictions in place in relation to the operation of RPAS in South Africa, as a first point of call in advising prospective purchasers of these restrictions, a seller of an RPAS has an obligation to inform a buyer of the regulatory requirements of operating RPAS in South Africa. Additionally, the seller must, by way of a packaging label, or in the case of resale, by way of written notification, notify the buyer of the further regulatory requirements prescribed in SA CATS 101, the South African technical standards prescribed for RPAS. This, in particular may result in sellers of RPAS falling into the strict liability regime prescribed by the Consumer Protection Act.

In the South African context, the uncertainty lies not in the legal operation of RPAS in compliance with the regulatory framework, but rather the enforceability thereof. From a practical point of view, and at this nascent stage of the RPAS industry in South Africa, it is difficult to foresee how the Civil Aviation Authority (or any other authority for that matter) will ensure compliance with the regulations, given their restrictive nature.

Due to the uncertainty surrounding the enforceability of Part 101, as well as the applicability of other stringent aviation and non-aviation laws and regulations to the operation of RPAS, the risk to insurers in particular, is vast. Given the recent peaked interest of insurers entering the RPAS industry, with some insurers in South Africa already providing various insurance products relating to RPAS, it is not inconceivable that insurers will play a large role in ensuring that RPAS operators (who are insured by them) strictly comply with the regulatory framework.

From an aviation perspective, an optimal example of this "wider risk" lies un-beguilingly in section 8 of the Civil Aviation Act which imposes a strict liability regime for material damage or loss caused by an aircraft in flight, taking off or landing, or by any article falling from such aircraft to any person or property on land or water.

A practical example of the use of RPAS in the South African context that raises potential problems for the safe and legal operation thereof is in nature conservation. RPAS are rapidly changing the face of conservation and special ecology in South Africa, the core feature being the monitoring of species populations and their habitats ‒ RPAS allow conservationists to obtain accurate data and high resolution images in a better, faster and cheaper manner. Additionally, RPAS are used for management purposes, eco-tourism marketing, anti-poaching and search and rescue operations. Possible legal compliance issues arising from the utilisation of RPAS in conservation efforts is that over and above the airspace limitations stipulated in Part 101, the National Environmental Management: Protected Areas Act 57 of 2003 as well as various provincial ordinances, regulate all flights (manned and unmanned ie including RPAS) over protected areas, with aircraft not being allowed to fly lower than 2500ft above the highest point in the area without prior written permission from the management authority. Additional regulations wide of Part 101, such as just described, may result in many RPAS operators falling foul of the law, unbeknownst to them.

An additional risk to RPAS operators and insurers alike is that of a cyber-attack or "hijacking" of an RPAS. RPAS are vulnerable to cyber-attacks which may allow the "attacker" to take control of the RPAS flight, which may in turn, cause damage to the RPAS, cause third party damage and/or may result in the theft of the RPAS. Consumers and insurers alike can protect themselves by doing research before buying and/or insuring a RPAS, to ensure that the particular RPAS purchased / covered have adequate security measures in place.

From an insurer's point of view, this strict liability regime of the Civil Aviation Act coupled with various regulations wide of Part 101 and aviation per se, such as the conservation example detailed above, significantly increases the potential liability that insurers may be opening their doors to as well as policyholders' non-compliance with the terms and conditions of their RPAS insurance policies. It seems that the real risks involved far outweigh the minimum insurance requirements prescribed for third party liability insurance ‒ this low minimum requirement could lull RPAS operators into a false sense of security, which intermediaries and/or insurers should be alive to and attempt to prevent by ensuring that all RPAS risks are extensively and properly underwritten.

In shifting to a more positive eventuality regarding enforcement, regard must first be had to a prime example of the uncertainty of enforceability mechanisms, namely, the reporting of accidents and incidents. As prescribed by the Civil Aviation Authority all accidents and incidents involving an RPAS must be reported in terms of the Civil Aviation Act, where there is any injury or death to any person, damage to property or the destruction of the RPAS beyond economical repair. The palpable problem flowing from such an obligation is that it relies solely on the operator of an RPAS and or third party in an accident or incident being forthcoming ‒ without wishing to comment on the general nature of the human psyche, we foresee significant problems in the compliance and enforceability of such an obligation. It is not inconceivable that insurers could play a pivotal role in the regulation of the RPAS market by actively notifying the Civil Aviation Authority of all RPAS related accidents and incidents, which knowledge they have and will obtain through the notification of claims flowing from their RPAS related insurance products. This will result in the better enforcement of RPAS regulations by the CAA and will assist the CAA in gaining the necessary experience to investigate these accidents and incidents. This is of particular import given the lack of expertise within the CAA insofar as accident and incident investigation is concerned (which remains an inherent problem).

It is evident that Part 101 is deeply focused on safety, which appears to create excessive barriers to the anticipated booming of the RPAS industry ‒ that being said, given the significant safety risks associated with the RPAS industry as well as the uncertainty factor to all stakeholders in the industry, the South African regulatory framework for the operation of RPAS is a laudable effort that entrenches the safety of the general public as well as our skies ‒ even more so when regard is had to the fact that the South African RPAS regulatory framework was developed and came into effect a long time before most other countries that would be expected to have a faster booming RPAS industry.

Should you wish to discuss any part of this article or peripheral matters flowing therefrom, feel free to contact Thomas Lawrenson and Ricardo de Oliveira at Thomas.Lawrenson@clydeco.com / Ricardo.deoliveira@clydeco.com. 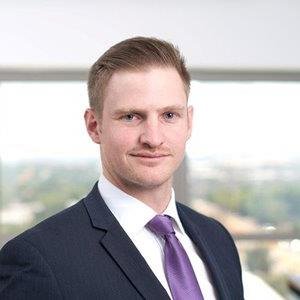