The Superior Court reprimands lawyer for trying to muzzle a journalist by abusive lawsuit.

The Press Act grants immunity to journalists and newspaper editors with respect to the dissemination of information gathered during court proceedings, so long as the facts are reported accurately and in good faith. The Superior Court recently confirmed this in Desmarais c. La Presse. At the same time, it found that La Presse and its journalist did not commit any fault and that the action brought against them was abusive. In fact, according to the Court, as a lawyer, the plaintiff should have known that his action was bound to fail.

The story goes back to June 2014, when the daily newspaper La Presse published two articles written by journalist Francis Vailles on the trial of lawyer Jean-Pierre Desmarais, who was being prosecuted by the Autorité des marchés financiers. The AMF alleged that Mtre Desmarais aided the Fer de Lance Foundation (FDLF) in making a distribution of a form of investment without a prospectus and that he had acted as a securities broker without being registered as such. The FDLF proposed that investors implement financial engineering schemes that would generate revenue to be used to reimburse and compensate them, while the remainder would be used to support a humanitarian mission. The AMF claimed that Mtre Desmarais had overstepped his role as counsel for the FDLF by acting as the intermediary between the FDLF and the investors, thereby pursuing activities reserved for securities brokers.

Mtre Desmarais sued Francis Vailles and La Presse on the basis of these two articles published in June 2014. More specifically, Mtre Desmarais alleged that the defendants had damaged his reputation and made defamatory statements against him. In his defence, Mr. Vailles argued that he had immunity because he simply reported the testimony given by the AMF’s forensic accountant, François Filion, during the trial between the AMF and Mtre Desmarais. Moreover, the defendants brought a cross-application against Mtre Desmarais, alleging that his action was abusive.

Immunity under the Press Act

With respect to the allegations of defamation, the Court summarized the issue by asking whether the defendants had immunity under the Press Act and by considering the scope of the  journalist’s obligation to verify the accuracy of the facts reported. On the basis of Groupe Québecor Inc. c. Cimon, the Court found that a journalist can decide to prepare an article after a specific day of legal proceedings. However, the article must meet the criteria set out by the Court of Appeal in Cimon, that is [translation] “(a) the article appeared in a newspaper within the meaning of section 1 of the Press Act, (b) the facts were reported accurately and in good faith and (c) the article concerns reports of the sittings of the courts provided they be not held in camera, and that the reports be accurate.”

The Court added that the journalist was not required to verify the accuracy of the facts related, because [translation] “his obligation was to report the facts accurately and in good faith, without being confined to a verbatim account.”

Abuse of procedure by the lawyer

With respect to abuse of procedure, the Superior Court found that the primary purpose of Mtre Desmarais’ action was to muzzle Mr. Vailles, because the action was bound to fail for several reasons, notably because Mr. Vailles had accurately reported the statements made by the forensic accountant, Mr. Filion, and because the defendants [translation] “benefitted from the protection of the privilege applicable when reporting on court proceedings and the immunity resulting therefrom.” In the Court’s view, Mtre Desmarais should have realized this himself, especially after the Court of Quebec found him guilty following the trial reported on in the articles in question, or when the Superior Court, on appeal, rendered its judgment on his conviction and sentence.

In support of its conclusions, the Superior Court referred to Mtre Desmarais’ modus operandi. In addition to bringing an action in defamation against the AMF, he filed a private complaint against the forensic accountant, Mr. Filion, with the Disciplinary Council. On appeal, the Professions Tribunal found that it was [translation] “no coincidence” that Mtre Desmarais failed [translation] “at every stage of his proceedings,” which were [translation] “marked by stubbornness and a desire to settle the score with the respondent.” Hence the frivolous and abusive nature of his action.

There were therefore several reasons why his action was found to be abusive, including the other actions in defamation he filed against the other parties involved in this major dispute, and his relentlessness. It is clear that, as a lawyer, his thorough knowledge of the law, which should have allowed him to properly assess his chances of success, weighed in favour of the theory that he sought only to muzzle Mr. Vailles and thus limit freedom of expression and defeat the ends of justice.

The Superior Court concluded by reserving the rights of La Presse and Mr. Vailles to apply to the Court to establish the quantum of their damages resulting from Mtre Desmarais’ abuse.

At the time of writing, the deadline for appeal had not yet expired. It is therefore possible that the judgment will be appealed, which would be a perfect opportunity for the Court of Appeal to endorse the conclusions of the Superior Court on the matter. 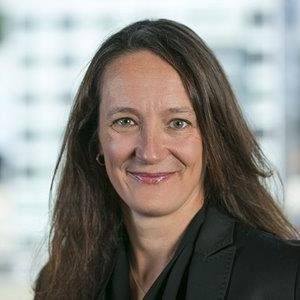