On 3 May 2019, the Queensland Court of Appeal allowed an appeal and overturned a conviction that was ordered by the Maroochydore District Court in the first category one Work Health and Safety Act 2011 (Qld) (WHS Act) prosecution of an officer, 64 year old company director Gary Lavin (Mr Lavin).  The Court of Appeal published its reasons on 31 May 2019.[1] The case provides some guidance as to the considerations for the defence of "reasonable excuse" in the context of an officer due diligence category one offence under the WHS Act.

The officer at first instance was convicted by a jury and sentenced to a period of imprisonment of 12 months to be suspended after serving 4 months.

With the conviction set aside and a retrial ordered, establishing a precedent with respect to officer gaol sentences in the wake of due diligence failures remain elusive for regulators.  This appeal now means that we are still yet to see the landmark precedent of an officer serving gaol time in Australia for an offence related to a breach of the officer due diligence obligation under section 27 of the WHS Act.

The jury misdirection that led to a successful appeal in this case suggests that we need a greater understanding of the standards expected of individuals across different categories of offences, from courts, regulators and duty holders alike, with respect to due diligence and reasonable care.

This case also illustrates why it is so important for courts to have the benefit of penalties and sentencing guidelines for health and safety offences and suggests that it may be prudent for such guidelines to provide clarity with respect to the elements of each offence.

In this update, we summarise the facts of the case and outline why Mr Lavin's appeal was successful.

The quote for the Multi-Run Roofing subcontracted work included a line item for "supplying and installing of safety rail".  Notwithstanding that specification in the quote, no such safety rail was installed. Rather than supplying and installing a safety rail, a "system" had been developed where workers were required to use harnesses attached to ropes secured to the ground and fixing points on the roof. Scissor lifts were also positioned as a barrier at the roof's edge.

Multi-Run Roofing employed Whareheera Te Amo (Mr Te Amo) as a worker. Mr Te Amo was working on the edge of the roof of the shed while wearing neither fall protection nor Personal Protective Equipment. However, Mr Te Amo had not been wearing a harness or working where the scissor lifts were positioned as barriers because he had been working on the roof, rather than on the edge.  Mr Te Amo tripped over a gutter and fell approximately six metres from the roof. He was fatally injured and died shortly after the impact.

The maximum penalty for an officer in those circumstances is $600,000 or 5 years imprisonment for a category one offence.

Separate charges were laid against Peter Lavin, Lavin Constructions, and Multi-Run Roofing. However, following the conviction of Mr Lavin, the charges against his brother, Peter Lavin were dropped.

Mr Lavin appealed the conviction against himself only, on the ground that the verdict arose from a miscarriage of justice, arising from the trial judge's misdirection to the jury.

Davis J held that the fourth element as outlined by the trial judge was misdirection as it directed the jury that Mr Lavin's criminal liability turned on the basis of "reasonable practicability". Rather, the relevant issue was whether the failure to erect the railing exposed Mr Te Amo to a risk of death or serious injury, and if so, whether there was reasonable excuse in making that omission. In that regard, Davis J held that:

Here the appellant may have been found by the jury to have failed to cause Multi-Run to erect the railing.  The jury may have been satisfied that the erection of the railing was a "reasonably practicable" step to take.  However, the appellant had directed that workers on the roof were to use harnesses if working near the edge.  He also directed that the scissor lifts be positioned in such a way as to constitute a barrier.  The real question was, having given those directions and, in the context of any other relevant evidence in the case, whether he had a "reasonable excuse" for not causing Multi-Run to erect the railing."[3] (emphasis added)

Accordingly, the Court of Appeal held that the summing up at trial was defective in that it did not properly identify the element of the offence and the misdirection prevented the jury from performing its proper function, constituting a miscarriage of justice and the conviction was set aside.

As of 4 June 2019, Mr Lavin has been released from custody and is out on bail. The matter has been listed for re-trial.

We will continue to provide updates on developments in this matter.

[2] The term "engages in conduct" is defined as meaning "doing an act or omitting to do an act". See WHS Act, Schedule 5. 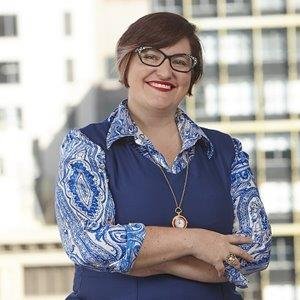