The much anticipated new regulations setting out how medical liability claims will be assessed in the UAE have now been issued. In this article, we outline some of the key provisions of the new regulations, which are expected to have a significant impact on the way that medical malpractice claims are considered and dealt with in the UAE going forward.

Key provisions of the Executive Regulations

The Executive Regulations emphasise the expected behaviour of medical professionals in the course of their work; including

Article 5 of the Executive Regulations now defines 'gross medical error'. This is a much awaited definition since Article 34 of the 2016 Medical Liability Law provides that it is only where "gross medical error" has been committed that the punishment of imprisonment or fines could in theory be granted, although the term itself was not defined.

Article 5 of the Executive Regulations now defines a gross medical error, to include:

The Executive Regulations were eagerly awaited in order to get clarity on the establishment and processes of a Medical Liability Committee (MLC), which is the committee that will be responsible for assessing and adjudicating on medical liability claims.

To recap, the 2016 Medical Liability Law had previously confirmed that a MLC would be set up and exclusively in charge of settling complaints referred to it by the relevant health authorities, the public prosecution (for criminal matters) or by the Court. This would streamline the process of multiple committees that existed beforehand.. However, it also meant that the MLC process would allow minimal opportunities for parties to challenge the MLC's findings with only one appeal after 30 days to a Supreme Committee of Medical Liability.

The 2016 Medical Liability Law also provided that compensation claims would not be accepted until the case had been referred to a MLC and gone through that process.

Article 9 of the Executive Regulations now confirms that a MLC will be set up by each health authority and that a MLC committee will be set up, once resolutions have been passed by each health authority, determining who the committee in each authority shall consist of. The Executive Regulations make it clear however that membership of the committee shall include physicians specialising in various disciplines.

The Executive Regulations confirm that it is the healthcare institution that is required to provide insurance to its practitioners; so that the current system of a hospital taking out "umbrella" insurance cover for the entity's medical malpractice which also covers its staff continues to exist.

This is in contrast to other jurisdictions, such as the Kingdom of Saudi Arabia and the United Kingdom where medical professionals take out their own individual medical liability insurance cover (often linked to their license). It is understood that the UAE health and insurance authorities are considering whether the current system should be revised so that a system of individual medical professionals' insurance cover is introduced.

Article 25 of the 2016 Medical Liability Law has already confirmed that the institution receiving a visiting doctor shall be responsible for compensation relating to that visiting doctor's medical errors. The Executive Regulations do not expand further on that.

As a demonstration of the UAE's commitment to the use of technology in delivering healthcare services and being at the cutting edge of both technology and healthcare, the Executive Regulations allow healthcare institutions to set up telehealth services and attach as an addendum regulations for providing such services.

The fact that the Executive Regulations deal specifically with issues of patient consent, conflicts of interest when prescribing a treatment and errors, such as leaving equipment in patients' bodies is also welcomed as these are some of the specific criticisms and types of cases that we see when dealing with medical liability claims.

However, there still a number of important open areas in the Executive Regulations:

Should you have any queries on how the new Executive Regulations may affect your business, please do not hesitate to contact Shabnam Karim (Legal Director) or Wayne Jones (Partner) at Clyde & Co LLP or any member of Clyde & Co's Healthcare team in Dubai.

*The Cabinet Resolution No. 40 of 2019 has been published in the UAE Federal Gazette No. 658 on 15 July, 2019. The resolution is specified to be valid as of the day following the date of its publication. 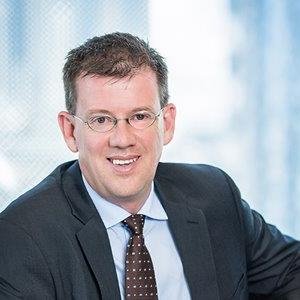