Change of Ownership: Issues for Insurers

The International Union of Marine Insurance (IUMI) annual conference took place in Toronto last week. On Tuesday 17th September, Tim Taylor, Partner in our energy and marine insurance team, highlighted a range of issues surrounding changes in ownership of offshore assets. Here is a summary of his thoughts on the issues that can arise for insurers.

Does a change of ownership increase the risk profile?

The reasons for the sale of field assets are many and varied but it is not uncommon for large operators to sell late life assets to smaller, leaner and meaner extraction companies.

As offshore assets are increasingly operating beyond their original design life (more than 50% in the UK Continental Shelf), the key concern when there is a change of ownership is the loss of institutional knowledge. If the new operators do not know that there is a problem with ageing assets then insurers won’t either. The UK Health & Safety Executive have highlighted this:

What happens legally in the claims context when there is a change of ownership of the assets?

The sorts of issues which can arise and have arisen in practice include:

What happens when the corporate entity which owns the assets (as opposed to the assets themselves) changes hands?

In this scenario, the corporate entity which owns the assets has not changed and issues regarding which policy pays may not matter as much but even though the legal identity of the owner may not change, the operational management may change and this will have an impact on the evaluation of the risk.

Other problems to consider:

There is a trend where established operators dispose of their ageing assets to new operators towards the end of their lives. Under the regulatory framework applicable in the North Sea, an owner cannot completely dispose of its liability to decommission offshore assets by disposing of them as the time for decommissioning draws closer.

Although those engaged in such sales try carefully to allocate responsibility for decommissioning costs and are quite creative in how this is done by creating funds or using significant tax breaks that are available, The Petroleum Act 1998 and the Energy Acts of 2008 and 2016 recognise that smaller companies might not be able to meet the decommissioning costs and potential liabilities when the time comes despite the allocation of risk. If the operator does not meet its decommissioning costs, liability transfers to previous operators in perpetuity. This is what some (who were around in the 1970's) call the "Hotel California" syndrome, “You can check out any time you like, But you can never leave!”

However, there are various ways in which this exposure can be managed. This seemingly onerous burden may present the insurance market with an opportunity to sell more insurance against the risk of financial default by a new buyer of old field assets which cannot meet the decommissioning costs when the time arises.

There are several potential pitfalls that arise as ownership changes increase and which need to be addressed. These can have important consequences for insurers but give rise to opportunities as well. 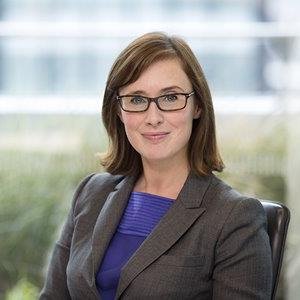