A key finding of the March 2019 Access to Cash Review (the Review) is the need to protect cash and reduce the costs associated with its use - the UK is not ready to go cashless. 25 million people still rely on it. The rise in digital payments has, however, made it harder to justify the operating costs of remote free-to-use ATM machines, leading to an increase in the number of charging ATMs. The decline in cash usage has also highlighted the high (largely fixed) costs of running the existing cash infrastructure; the total cost of the sector being estimated to be £5bn annually. The infrastructure was originally designed for high cash volumes in a competitive environment but, as cash usage has declined, the unit costs of handling cash have increased, heavily impacting smaller businesses and charities, and ultimately leading to many refusing to accept cash. This trend is only set to continue.

As the UK's existing cash infrastructure is run by commercial entities with commercial purposes, with the costs ultimately being borne, largely, by consumers, the Review notes that, as cash usage declines, for those commercial entities operating costs will need to reduce significantly in order to keep the infrastructure viable. The Review further notes that “cash access and acceptance will need to be seen as a utility: an essential function of maintaining an inclusive society, even if it doesn't make much commercial profit”. The proposal is to design a new, effective, innovative and sustainable wholesale cash infrastructure which considers creating a jointly owned “utility” in respect of physical cash and operational activities such as transportation, sorting, ATM servicing and the running of cash centres.

A move to a utility model will result in a significant change to the market, with established and long standing operators leaving, and not necessarily voluntarily. There are a number of ways that a utility could be created.

One solution that has been proposed is that the banks would collectively decide which of the current operators they wished to move forward with as the utility and then terminate their contracts with the other operators. The result being a single network run by one operator.

From an operational level, it is understood that no one operator could service the industry solely using its current centres. Each would have to acquire capacity from one of the departing networks.

Under existing cash centre contracts, banks will generally have the ability to exercise termination for convenience provisions at any time (but at a potentially significant cost).

For competition lawyers, alarm bells will be ringing loudly.

Confidential information The banks will need to be wary of the confidentiality provisions in their contracts with their providers. They will generally contain restrictions on what information can be divulged, and competition law would generally prohibit them from exchanging any information which would be commercially sensitive.

What is being discussed here is an agreement which would on the face of it restrict competition by removing several operators from the market to have only one monopoly operator, so eliminating competition between cash centre operators. The acquisition of assets/infrastructure by the appointed operator would also result in there being very high barriers to enter the market by any new operator in the future

The Competition Act 1998  prohibits: “agreements […] which have as their object or effect the [...] restriction of competition” unless they can be “exempt” on the basis of efficiencies and consumer benefits.

On the basis that the utility is being progressed by the customer side, there may be an argument that this could be exempt, but two conditions of exemption are that the agreement does not: “(i) impose […] restrictions which are not indispensable […] and (ii) afford […] the possibility of eliminating competition”.

The greater the restrictions, the more difficult it will be to merit exemption. A utility would  eliminate competition, so the burden of proving the exemption conditions are met would be a steep one.

Avoiding abuse of a dominant position.

The key issue if a utility is established would be to ensure there can be no  abuse or imposition of unfair trading terms.

Banks will want to protect themselves, with clauses such as:

The use of any such clauses should be considered very carefully in these circumstances.

We noted earlier how no one network has the capacity to service the whole market. To be able to do so, each operator would need to acquire assets from one of the outgoing operators. However, each already has in excess of the 25%  share of supply threshold so the Competition & Markets Authority (CMA) would have jurisdiction to investigate under the Enterprise Act 2016. In these circumstances an investigation would be very likely. The test to determine whether creation of the new “enterprise” should be permitted is whether it is likely to result in a substantial lessening of competition. But the creation of a utility would remove all competition between operators so very strong arguments would be required to for it to be cleared by the CMA.

Forecloses competition from entering the market.

A factor in the CMA's assessment would be that the acquisition of assets and the exit of the remaining operators, by its nature “forecloses” the market. Essentially a foreclosure occurs here as it becomes difficult for a new entrant to enter as it would need to build its own network to provide a service.

Potentially implementing legislation may be a way forward but this part of the cash market is a fraction of the £5bn market. Will it really generate sufficient attention and interest in the current climate to justify the time taken for a legislative solution? Additionally, the Bank of England certainly has an interest in the resilience of the availability of cash generally and does have certain tools available to it. In the meantime, UK Finance (banking trade body) has commissioned a review of the market by KPMG and results of that are keenly awaited. 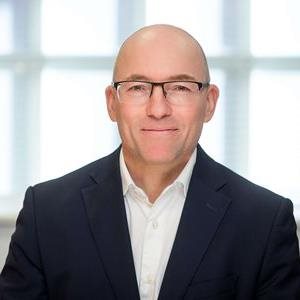