Historically, there has been a practice of solicitors rectifying mistakes made on existing files (where possible) in order to cure an own-interest conflict and continue acting. However, the Solicitors' Disciplinary Tribunal ("SDT") decision in the case of SRA v Howell Jones [[2018] SDT 11846] ("Howell Jones") has cast doubt on solicitors' ability to do this. On 25 November 2019 the Solicitors Regulation Authority ("SRA")'s Standards and Regulations 2019 (the "STARs") came into force. These con

This article provides a summary of the Howell Jones decision, and the SRA's STARs and guidance, to reconcile what the current position is in law and in practice.

Howell Jones acted for a husband in divorce proceedings, during which it erred in its advice on the divorce settlement, and continued to act for its client whilst attempting to overturn the settlement. Howell Jones sought to rectify its mistake by taking the following steps:

Howell Jones proceeded to apply to the court to set aside the divorce settlement. Unfortunately, the application was dismissed, and costs were awarded against the client to be assessed on the indemnity basis. This led the client to complain to Howell Jones and the Legal Ombudsman.

The SRA then investigated the matter and brought Howell Jones before the SDT. The firm admitted that it had acted in circumstances where there was an own-interest conflict. The client was awarded £50,000 and the SDT held that the firm had not ceased acting when it should have done, which was an error of judgment on the part of the firm. The misconduct was "moderately serious" as any situation in which a firm acted when there was an own-interest conflict was not a minor matter. The SDT's finding was based on an agreed outcome, as agreed between the firm and the SRA, which acknowledged that the firm had been placed in an own-interest conflict. As a result, the firm was fined £5,000 and made subject to a costs order of £26,850.

The good news is that there is not a vast amount of new detail on conflicts of interest to get to grips with: the rules have not substantively changed from the previous code.

The key provision to focus on in relation to own interest conflicts is at paragraph 6.1, in both the SRA's Code for Solicitors and Code for Firms. This makes it clear that you must not act if there is an own-interest conflict, or a significant risk of one arising. There are no exceptions to this rule.

An own interest conflict is any situation where your duty to act in the best interests of any client in relation to a matter conflicts, or is at significant risk of conflicting, with your own-interests in relation to that matter or a related matter. The SRA defines a client as the person for whom you act, and includes prospective and former clients (where the context permits). Whilst the SRA does not define "related matter", it has issued case studies on what such a matter might be. These confirm that for matters to be related there would need to be some reasonable degree of relationship between them, and that they will generally concern the same asset or liability.

The SRA's new guidance emphasises that not all mistakes give rise to a risk of a conflict. Those which are more likely to generate conflicts, or a risk of them, can be grouped into administration errors (such as over payment of Stamp Duty Land Tax), errors capable of rectification by consent (such as typographical errors), and errors that can only be addressed by engagement with a hostile third party.

If a conflict does arise, or is likely to, then the guidance advises you to:

The guidance also suggests that you should consider whether you might mitigate against a risk of conflict, including by:

In more complex cases, the guidance suggests you should consider carefully whether you can advise on any remedial actions, or whether there may be points on which your personal interests would interfere with your ability to act in your client’s best interests.

The guidance suggests that in considering this point, you should be alive to:

The guidance accepts that if it would be in your client's bests interests to take independent legal advice, you may be able to act for the client again on any further remedial steps after they have considered the independent advice. However, the guidance also acknowledges that it may become increasingly difficult to continue acting on a matter whilst defending your reputation and/or contending liability, particularly where the remedy requires you to make admissions on points of liability or quantum.

The guidance surmises that in all cases – and particularly before making any admission as to liability - you should consult with your insurers at the earliest possible opportunity, as an error may comprise a "notifiable circumstance" under your policy.

The issue of own-interest conflicts remains a difficult and uncertain one. Precedent had previously suggested that the honest and genuine opinion of a solicitor on a matter of professional judgment would not give rise to a disciplinary offence [per Connolly v Law Society [[2007] EWHC 1175 (Admin)]. However, if one reads Howell Jones, it seems that it has become impossible to put matters right without regulatory exposure if a conflict of interest arises, even if the solicitor has the very best intentions (the SDT said Howell Jones did not lack integrity and acknowledged they had taken a number of steps to resolve the matter to their client's satisfaction). Howell Jones even obtained advice from counsel that there was no conflict; albeit that advice was given before the application to set aside the settlement was dismissed. This leads one to wonder what else Howell Jones could realistically have done in the situation. Indeed, Howell Jones' solution seems to have been a sensible one and arguably cured the conflict (at least while the application was made).

There is also a tension between the Howell Jones decision and the requirements of the SRA Codes of Conduct 2019. Whilst you must cease to act if there is an own-interest conflict, or a significant risk of one arising, you must also separately comply with paragraph 3.5 of the Code for Firms, and/or paragraph 7.11 of the Code for Solicitors as applicable, which requires you to be "honest and open with clients if things go wrong, and if a client suffers loss or harm as a result you put matters right (if possible) and explain fully and promptly what has happened and the likely impact…". This applies, where the context permits, to former as well as current clients.

Considering Howell Jones in light of the new guidance suggests that, between mitigating any losses for your client and complying with the SRA's Codes, a grey area will remain in which the regulator will have discretion to take action against a firm. The SRA guidance suggests that it will be a balancing act. You must consider carefully whether you can advise on any remedial actions, or continue to act. However, in compliance with the Codes you should also remain mindful at all times of the requirement to act in the best interests of your client (per SRA Principle 7). Accordingly, as the guidance surmises, this will be "a matter of professional judgment in all the circumstances".

In short, the guidance appears to encourage us to stand back from the situation, to be honest and open with the client when things go wrong, and to put things right where possible.

Even if you determine that there is no own-interest conflict in a given situation, you should document your decision and reasons, and consider any reputational risk arising from accepting the work, as the perception of a conflict could potentially be just as damaging as an actual conflict.

That careful analysis and documentation is, of course, all the more important in cases where a conflict does (or looks likely to) arise.  Your analysis and records should include the fact that independent legal advice was obtained by the client, if that was the case, particularly when advising on the settlement and resolution of a claim. If you cannot agree a way forward on that with any colleagues and the client, advice should be sought from Counsel.

If it might be in your client's best interests to bring a negligence action against you, then you should advise the client to take independent legal advice, which you might offer to pay for.

If it appears that a conflict would remain, then following Howell Jones, Code 7.11 and the new guidance you should cease acting. The guidance does recognise it may not always be possible to instruct a new firm in time, in urgent situations, and concludes that in such cases you must do "what is necessary" to protect your client's interests, such as by issuing an application to the court for an extension of time or a standstill, informing insurers, and obtaining consent from your client to act. You should then immediately refer your client for independent legal advice.

The concern over own-interest conflicts that has arisen in the wake of Howell Jones is not unwarranted. On the positive side, the common sense summary from the SRA's guidance remains that, whilst all matters turn on their own facts (as Howell Jones did), administrative errors and those that are capable of rectification by consent are unlikely to give the SRA much concern. Contrariwise, it is less clear how the regulator will continue to deal with hostile rectifications.

It is possible that Howell Jones would be decided differently now given the STARs and new guidance. Even in light of the new regulatory regime, it appears to us that the decision was a harsh one; and indeed, the SRA's decision to issue this new guidance may well have been prompted by the market's reaction to the Howell Jones decision. However, only time will tell how the regulator will decide on future such cases (particularly as Howell Jones was only in respect of an agreed outcome). We will be on the lookout for any precedent in this area that might vary or establish any nuances to this new guidance. 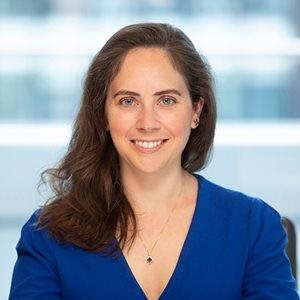 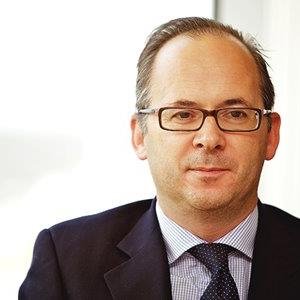