MUR Shipping BV v Louis Dreyfus Company Suisse SA "TIGER SHANGHAI" [2019] EWHC 3240 (Comm) highlights the importance of carefully assessing all available evidence at the time of presenting a claim where there is a time bar clause requiring presentation of "all supporting documents." A party who fails to submit a document, which is available to it at the time, risks the claim being time barred.

The Charterparty in question contained a clause stating that

“[Owners] shall be discharged and released from all liability in respect of any claim or claims which [Charterers] may have under Charter Party and such claims shall be totally extinguished unless such claims have been notified in detail to [Owners] in writing accompanied by all available supporting documents (whether relating to liability or quantum or both) and arbitrator appointed within 12 months from completion of charter".

The Vessel was to load a cement clinker cargo at Carboneras, Spain.

Feeder holes in the Vessel's hatch covers were positioned so that the loading crane at Carboneras was not quite long enough to reach those on the starboard side of the Vessel.

Clause 46 of the Charterparty provided that the Charterers could, at their own expense and time, fit and weld any additional equipment for loading cargo. This would be subject to the Owners' and Master's approval, which was not to be unreasonably withheld.

The Charterers wanted to cut new cement holes in the hatch covers and obtained a survey report for this purpose ("Survey Report"). The report had not been presented to the Owners at the time. The Owners refused to approve the required work stating their refusal was "final and non-negotiable". The Charterers terminated on the basis that cutting of additional feeder holes fell within the ambit of clause 46 and that the Owners were unreasonable in their refusal.

Charterers served their claim submissions, which attached the Survey Report, almost a year after commencement of the arbitration, after the 12 months' time bar had expired.

The Owners argued that the claim was time barred on the basis that the Survey Report was a supporting document which should have been submitted within the time bar.

The arbitrators held by a majority that the claim was time barred because the Survey Report was indeed a supporting document that should have been attached with the Charterers' claim at the time when it was first presented.

The Commercial Court dismissed the appeal.

The Court found that the report was a supporting document within Clause 119. The reasonableness of the Owners' refusal was in question at the time when the claim was made and thus the document was relevant and supportive. It was significant that the Charterers were to provide not merely supporting documents but "all" supporting documents, whether relating to liability or quantum. The ambit of the clause was therefore particularly wide on this occasion.

The parties agreed that the clause did not require disclosure of privileged documents and that it was reasonably possible to argue that the Survey Report was privileged. The Court found that a bad claim to privilege should not entitle a party to withhold the document that would otherwise fall within the ambit of Clause 119. Ultimately, the Survey Report was not privileged and as such should have been disclosed. The Court further highlighted that in this case the clause gave rise to an argument about privilege because it was a wide clause covering a wide range of disputes.

As highlighted by the judgment, Clause 119 or clauses similar to it, are quite common and therefore the importance of the judgment goes beyond the specific facts of this case. If such a clause applies, it is important that an available document which supports any claim or a limb of a claim must be presented within the time bar, if the party were to be able to rely on it at all. The party submitting a claim must also consider and decide issues regarding privilege early on in the dispute. It is also important to bear these points in mind at the drafting stage so that the parties do not unnecessarily widen clauses if the intention is to require the claimant to present certain categories of documents in certain types of disputes only.

Failure to give attention to these issues can result in an otherwise strong claim being time barred. 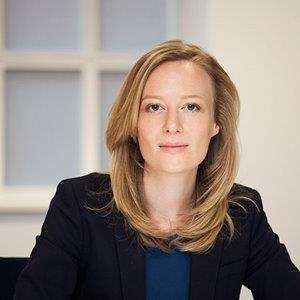