Force Majeure: Could the Contract be Fulfilled "But For"?

A party seeking to rely on a force majeure or exceptions clause needs to show that “but for” the force majeure or excepted event, it would have performed the contract. However, where that party is unable to perform the contract, the innocent party is still entitled to substantial damages in circumstances where the contractual performance would nevertheless have become impossible by reason of extraneous events. The Court of Appeal considered these two issues in Classic Maritime Inc v Limbungan

On 5 November 2015, a dam operated by Brazilian mining company Samarco Mineraçao SA (Samarco), collapsed in what remains to this day the worst environmental disaster in Brazilian history. As a result, production at Samarco's iron ore mine came to a halt, affecting customers of the mine and impacting on their sale purchase contracts as well as their transportation agreements.

Previously, on 29 June 2009, the parties to this dispute, Classic (Shipowner) and Limbungan (Charterer), had entered into a long-term contract of affreightment (COA) providing for shipments of iron ore pellets from Ponta Ubu or Tubarao in Brazil to Port Kelang or Labuan in Malaysia, on tonnage to be provided by the Shipowner.

The Charterer claimed that the bursting of the dam prevented it from supplying five of the cargoes for shipment under the COA, and that Clause 32 of the COA protected it from liability for breach of what was otherwise an absolute duty to supply cargoes.

“Neither the Vessel, her Master or Owners, nor the Charterers, Shippers or Receivers shall be responsible for... failure to supply, load ... cargo resulting from: Act of God ... floods ... landslips ... accidents at the mine or production facility ... or any other causes beyond the Owners’, Charterers’, Shippers’ or Receivers’ control; always provided that such events directly affect the performance of either party under this Charter Party.”

Whilst the parties agreed that the dam burst did constitute an "accident at the mine", the Shipowner argued that the collapse of the dam had no causative effect for the Charterer because the five shipments would not have been performed even if there had been no dam collapse. An unfavourable steel market, and reduced demand from its own customers, had already caused the Charterer to miss two shipments between July and October 2015, and to seek reductions in the contractual freight rate and the amount of cargoes to be loaded.

At first instance, Teare J held that even in circumstances where the dam burst rendered performance impossible, clause 32 of the COA imported a causation requirement and, therefore, the Charterer had to show that it would have performed its obligations but for the collapse of the dam. Since the Charterer would have defaulted anyway, it was not able to rely on the exceptions clause.

However, the Judge continued, since, even if the Charterer had been willing and able to load the shipments, performance would have inevitably become impossible because of the dam collapse, the Shipowner was awarded nominal damages of US$1 for each shipment instead of the US$20 million claimed. Teare J considered that awarding the Shipowner substantial damages would be a breach of the compensatory principle.

The Court of Appeal upheld Teare J’s decision that clause 32 required the Charterer to show that, "but for" the dam burst, it would have performed the contract, and reversed his decision on the issue of damages, awarding the Shipowner substantial damages.

The Charterer submitted that the general principle laid down by the House of Lords decision in Bremer v Vanden Avenne [1978] 2 Lloyd’s Rep 109 was that a party relying on force majeure need not show that it would have performed, "but for" the event. The Shipowner submitted that the issue was one of construction of clause 32, and not one of general legal principle, and that Bremer was a case concerned with a different kind of clause, a “contractual frustration clause”, and was irrelevant.

The Court of Appeal, agreeing with the Shipowner and Teare J, considered that the question was undoubtedly one of construction of clause 32, and that the language used in the clause imported a causation requirement: it had to be shown that the failure to supply the cargo resulted from the accident of the mine, and "always provided that such events directly affect[ed] the performance of either party under this Charter Party".

As a result, the Court of Appeal upheld Teare J's finding that the Charterer could not rely on the defence afforded under clause 32, and was liable for the failure to provide the five shipments.

Turning to the issue of damages, the Court of Appeal viewed Teare J’s application of the compensatory principle as a “sleight of hand” and reversed his decision.

The compensatory principle applicable to the assessment of damages for breach of contract involves putting the innocent party in the position it would have been in if the contract had been performed. This principle has been applied many times and in the judgment delivered by Lord Justice Males, the judge considered two Supreme Court cases: The Golden Victory [2007] 2 A.C. 353 and Bunge SA v Nidera BV [2015] UKSC 43.

The Court of Appeal distinguished The Golden Victory and Bunge SA v Nidera since these cases were concerned with the assessment of damages for anticipatory breach, and the present case was concerned with actual breach. Subject to clause 32, the Charterer’s obligation to supply cargoes was an absolute obligation. Since clause 32 did not provide the Charterer with a defence, the Charterer had to pay damages for its failure to perform. The compensatory principle required, therefore, a comparison between (1) the freights which the shipowner would have earned less the cost of earning them; and (2) the actual position in which the shipowner found itself as a result of the breach. Consequently, damages were awarded for US$20 million.

This case brings important clarification to the interpretation of force majeure or exceptions clauses. It would seem that contrary to what textbooks such as Chitty and Treitel on Frustration and Force Majeure suggest, this matter suggests there is no general principle confirming that it is not necessary for a party trying to rely on a force majeure or exceptions clause, to show "but for" causation. The clause in Bremer v Vanden Avenne was held to be a “contractual frustration clause” which did not import a "but for" causation requirement. 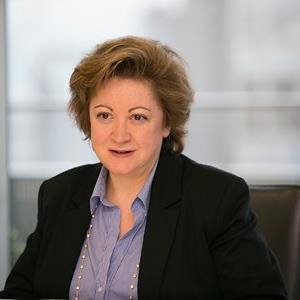