Privilege and statements to a third party regarding solicitor/client instructions

The Court of Appeal held recently that confidentiality and legal advice privilege are not lost in documents containing or evidencing a client's instructions to its solicitor just because the solicitor makes a statement to a third party pursuant to those instructions. Raiffeisen Bank International AG v Asia Coal Energy Ventures Ltd & Anor [2020] EWCA Civ 11 is just one of a number of important recent rulings on privilege and is a welcome judgment for lawyers and their clients.

Background: application for disclosure and assertion of privilege

The case concerned an application by the claimant (the "Bank") for disclosure of documents containing the "irrevocable instructions" – or any variation or change thereto – that a law firm (the "solicitors") had received from their client, a company providing finance for a transaction (the "company"). The solicitors had referred to the "irrevocable instructions" in a written confirmation given by the solicitors to the Bank as part of an escrow arrangement (the "Solicitors' Confirmation").

The Bank asserted that the instructions were not confidential because the company had authorised the solicitors to make the statements contained in the Solicitors' Confirmation. Disclosure of the documents was resisted on the grounds of legal advice privilege. The application failed at first instance and the Bank appealed.

He first addressed the question of whether the documents sought were relevant, or necessary to permit the case to be dealt with justly.  He observed that he did not consider they were, as the real issue was the true construction of the Solicitors' Confirmation in its commercial context, which would be determined objectively and not by reference to any instructions the solicitors had, in fact, received.

Turning to privilege, he briefly rehearsed some of the key cases on legal advice privilege (Balabel v Air India [1988] 1 Ch 317; Three Rivers District Council v Bank of England (No.6) [2004] UKHL 48) to confirm that for it to apply (1) the communication between solicitor and client must be confidential and (2) for the purpose of legal advice (which includes a "continuum" of communications in which advice – as to what should be done in the relevant legal context as well as to the law – is sought or given when appropriate).

The Bank, in submitting that the instructions lacked the necessary confidentiality, relied on Conlon v Conlons Ltd [1952] 2 All ER 462, in which on the grounds of privilege a client objected to answering interrogatories concerning his instructions to his solicitors, while simultaneously maintaining that they had acted without authority.  The Court of Appeal held that a client could not claim privilege “in respect of that which he has said to his solicitor and at the same time has told his solicitor to communicate to the other side”.

In considering Conlon, the Court of Appeal utilised two Australian decisions (Benecke v National Australia Bank (1993) 35 NSWLR 110 and Moreay Nominees Pty Ltd v McCarthy (1994) 10 WAR 293) as lenses through which to view what has been described by textbook writers as a "difficult" case.  Both cases also concerned clients alleging their solicitors had acted without authority.

In Benecke, the Supreme Court of New South Wales held that privilege in communications between the claimant and counsel had been lost because the claimant herself had “lifted the veil of secrecy by giving her version of the communications”, thereby putting the content of the communications in issue and waiving her privilege. In Moreay, the Supreme Court of Western Australia held that the correct approach was to assume privilege initially applies but “then to ask whether the conduct of the parties (particularly the client), the nature of the dispute that has since arisen and the interests of justice generally require a conclusion that privilege was waived in relation to all or part of the discussions”.

The Court of Appeal held that Conlon should be understood in this way: as “confined to a situation where it is the client who has put in issue what instructions were given to the solicitor” and has, thereby, waived privilege. Accordingly, “a statement by a solicitor to a third party as to the instructions he has from his client does not automatically and without more give rise to a loss of confidentiality in the documents which contain or evidence those instructions”.  Further, it "is by no means uncommon for solicitors to make such statements and it would be surprising if, by their doing so, privilege in their underlying instructions was lost".

Conlon suitably confined, Males LJ could see no other basis for saying that the instructions were not confidential.  In authorising the solicitors to make the statements contained in the Solicitors' Confirmation, there was no question of the company authorising the solicitors to say any more about the instructions they had received, or the communications between them.

For the purpose of legal advice/in the relevant legal context

Further, the company's instructions were part of a “continuum of communications” (per Three Rivers (No. 6)) in a relevant legal context and were, therefore, privileged.

This judgment follows on the heels of the decision in Addlesee v Dentons Europe LLP [2019] EWCA Civ 1600 (see our briefing on this judgment here), which the Court of Appeal cited in its judgment in Raiffeisen Bank as authority that “if a communication attracts legal advice privilege, the privilege is absolute unless waived by the client”.  It appears to be part of a recent general trend in the appellate courts towards reaffirming the absolute nature of legal advice privilege, described by the House of Lords in R v Derby Magistrates’ Court ex p B [1996] 1 AC 487 as “a fundamental condition on which the administration of justice as a whole rests”. The decision also highlights that legal advice privilege is not confined to requests for, or the provision of, legal advice, but extends to communications between a solicitor and a client that form part of a continuum which aims to keep a solicitor and client informed so that legal advice may be given as necessary. 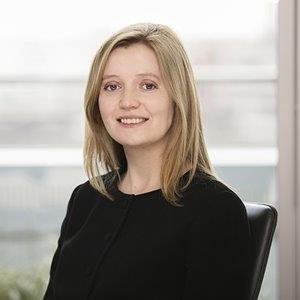