Privilege in the context of parallel proceedings

The High Court has recently considered the threshold for retaining confidentiality in respect of privileged documents in the case of SL Claimants v Tesco plc; MLB Claimants v Tesco plc [2019] EWHC 3315 (Ch), a decision that will have particular implications for solicitors, accountants, other regulated professionals and their legal advisors.

There has been an increase in parallel civil and regulatory proceedings in recent years, as regulators have adopted a more proactive approach to regulation and investigations.  There has been, for example, a trend of claimants increasingly making allegations of regulatory breaches or professional misconduct in the context of civil proceedings, which may trigger self-reporting obligations, or otherwise attract the attention of the regulators. Consequentially, there is a corresponding increase in the risk that documents produced or deployed in regulatory proceedings may be disclosable in civil proceedings.

The underlying claim was brought by Tesco shareholders under section 90A of the Financial Services and Markets Act 2000, and alleges that Tesco made false and misleading statements in relation to its commercial income and trading profits in 2014.

As part of those proceedings, a Case Management Conference ("CMC") was held, at which the claimants sought disclosure of a privileged attendance note created by an in-house lawyer at Tesco during discussions with its external legal advisers, which had already been disclosed to the Serious Fraud Office under a limited waiver in related criminal proceedings.  During the course of the criminal proceedings, the note had been referred to in open court, small extracts from the note had been read out, and the judge had privately read and then expressed consideration of a part of the note.

In considering whether reference to the content of the attendance note in open court was sufficient to extinguish confidentiality, the judge drew a distinction between the information in a document and the document itself. He stated:

"…the notion of unqualified right of access to a document which has been referred to [in open court] […] is misplaced, especially where the references have been sparing and unspecific, and/or where no specific or material reference has actually been made, though the court has considered the contents."

Confidentiality of a document itself will therefore be lost in circumstances where references to the information in a document constitute sufficient "exposure of the document to the public"; however, this will be a matter of degree on a case-by-case basis.  Here, the judge held that the references to the attendance note in the criminal proceedings were not sufficiently detailed or extensive to warrant a loss of confidentiality of the document as a whole.

In addition to the extent of the "exposure" of the document, however, Hildyard J also considered whether the document referred to publicly had engaged the principle of "open justice", necessitating disclosure of the full document to enable the public to understand the judicial reasoning behind the case.  Although the judge acknowledged that confidentiality could be lost because reference to a document (otherwise insufficient to destroy confidentiality) triggers the principle of open justice, in this case, he deemed that the references to, and the criminal judge's reading of, the attendance note did not require its disclosure to enable the public to understand the decision of the criminal court.

This decision will no doubt be welcome news to many professionals.  First, it confirms that a loss of confidentiality in relation to some of the information contained in a privileged document will not necessarily mean a loss of confidentiality (and therefore privilege) of the document itself.  Also, in the context of regulated professionals, where there are (or may be) parallel proceedings, it appears that the threshold for disclosure of privileged material remains high; indeed, in this case, excerpts of a privileged document were read out in open court, and privilege was still held not to be lost.  This will be of some comfort to professionals who face production requests from regulators, although extreme care will still need to be exercised.

The starting point that confidentiality is a necessary element of privilege is unchanged, and it should remain the priority of professionals to take every step to protect the confidentiality of documents.  The assessment of loss of confidentiality of a document, or the information therein, is a subjective, case-by-case exercise looking at "fact and degree" of exposure, and there exists inherent uncertainty as to how a court may decide in each case.

This is further complicated by the issue of public policy, which may result in loss of confidentiality in any event. Hildyard J, in considering the principle of open justice, reaffirmed that the court is concerned with providing transparent justice to the public, and therefore public policy is a factor in assessing confidentiality. It is somewhat surprising that the court considered that the principle of open justice alone could be sufficient to extinguish confidentiality, regardless of whether or not confidentiality has been lost on a factual assessment; however, the matter of open justice is something which the courts have addressed recently. See, for example, the recent Supreme Court decision of Dring v Cape Intermediate Holdings Ltd [2019] UKSC 38 in which the appellants sought to limit the scope of a third party disclosure order to the statements of case held on the Court file.  The Supreme Court confirmed that the default position is that the public should be allowed access not only to the parties’ submissions and arguments, but also to the documents which have been placed before the court and referred to during the hearing.

The Courts will undoubtedly be wary of declaring confidentiality lost on the basis of public policy alone, in particular given the serious implications that this would have in relation to privilege, which is a fundamental right of litigants. Moreover, as the court confirmed in Dring, any such request will also be weighed against the practicalities and proportionality of granting the request. It is, nonetheless, a factor of which professionals (and their in-house legal counsel) should be mindful.

Another issue for professionals to bear in mind is that confidentiality remains a live issue throughout litigation, and is closely linked with privilege.  In the Tesco decision, Hildyard J made clear that this decision was based on considering loss of confidentiality, and not waiver of privilege.  The claimants in this case did not argue that privilege had been waived, or that Tesco had deployed the attendance note selectively to support its case (i.e. the principle of collateral waiver, or the "cherry picking" rule).  Rather, the issue in question was whether confidentiality had been lost by virtue of the references to the document in the parallel criminal proceedings.  The judge went on to say that although privilege was not in issue now, if in the course of the civil trial the document was deployed or referred to, then its privileged status would have to be re-assessed.  Accordingly, privilege, as well as confidentiality, are on-going issues to consider in deciding how (if at all) documents are to be deployed during the course of proceedings to avoid the risk of loss of privilege. 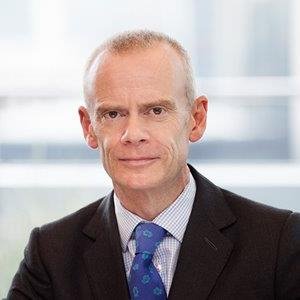 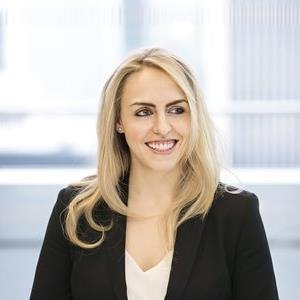