Termination: Your 'Bester' get it right

Issues such as repudiation, frustration and compensation are always at the forefront of an adviser's mind when the word "termination" is used. Regardless of the motives, if one party wishes to terminate it needs to make sure that it does so properly!

The issue of termination has most recently arisen in the case PBS Energo A.S v Bester Generacion UK Ltd [2020] EWHC 223 (TCC). This case is the latest in a line of judgments on this project. Both parties alleged a valid entitlement to terminate, with both parties serving notices of termination. The Court was concerned as to which notice of termination was effective and valid.

PBS sought to terminate on the basis of a lack of payment for a particular milestone; Milestone 5. PBS could not demonstrate that the milestone was satisfied and because there was no entitlement to the milestone, there was no payment due and no breach for lack of making it. The Court found that the entitlement to terminate had not arisen on this ground alone. On the basis that it was wrong in this finding, the Court held there had not been a failure to pay in time; the time had not fully elapsed.

As is common the contract contained a procedure for the calculation of dates. For termination to be available there needed to be 42 days of continued failure to pay an amount due after the expiry of the time provided.That period had not expired at the point of the issue of its notice of termination; PBS had compounded its error and its termination was invalid.

In contrast, Bester issued its own contractual notice of termination based on a failure to comply with a Notice to Correct, substantial breaches of the Subcontract regarding ongoing delay with the civils design (amongst others) and an abandonment of the works – evidenced by the issuance of the PBS notice of termination. There was no need to consider common law repudiation. The contractual notice and its grounds were sufficient and the termination was valid.

There are normally detailed provisions within most construction contracts which deal with termination by either party. In circumstances where one party seeks to terminate the contract, but does so wrongly, this will be considered a repudiatory breach entitling the other party to accept that repudiation (which does then terminate the contract).

It is important for parties to know where they stand with termination and the risks. The consequences of doing so incorrectly can be massive and swing the financial position under the contract, along with any negotiating position, held prior to this point. Further, because the dispute will become binary it will be a difficult one to resolve; one party will say the answer is black, the other will say the answer is white - there is no grey.

Whilst termination is always considered to be the "nuclear" option, in some situations it may actually allow a project to move forward. This will usually evolve a dispute between the parties into something much larger, but can allow the project to progress where works have otherwise stalled.

At the launch of our Year in Review report,  partner Mary Anne Roff covered termination of projects and, in particular, outlined how it is imperative for businesses to continue to comply with their contractual obligations and to exercise proper management of evidence when a project is terminated.   As illustrated by the PBS case, it's important for businesses to comply with their contractual obligations and the procedures they have agreed. Something as simple as a notice issued too early can have major consequences. 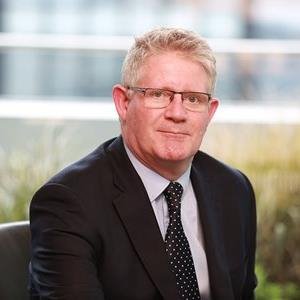