The coronavirus outbreak, which has now been declared a "serious and imminent threat to public health" by the UK health secretary, presents challenges to a party's ability to perform contractual obligations in affected areas.  In this update, we analyse whether parties will be able to rely on a contractual force majeure clause to entirely excuse, or temporarily suspend, performance when working in regions affected by the outbreak.

Airbus has agreed to pay a total of €3.6 billion, as part of the world's largest global resolution for bribery, involving authorities in the UK, France and the United States.

Airbus had been subject to a four year investigation concerning allegations that it had used external consultants to bribe customers to buy its civilian and military aircrafts.

The global resolution of €3.6 billion comprises the following:

• In the UK, a Deferred Prosecution Agreement ("DPA") with the Serious Fraud Office whereby Airbus agreed to pay €991m;

• In France, a Convention Judiciaire d’Intérêt Public with the Parquet National Financier whereby Airbus agreed to pay €2,083,137,455; and

The indictment against Airbus in the UK, which has been suspended for the term of the DPA, contains five counts of failure to prevent bribery under section 7 of the Bribery Act.  The conduct covered by the UK DPA took place across five jurisdictions: Sri Lanka, Malaysia, Indonesia, Taiwan and Ghana between 2011 and 2015.

This is the seventh DPA agreed in the UK since they were introduced in 2013. It is by far the largest in amount.

The director of the SFO, Lisa Osofsky, has criticised the UK's "antiquated fraud laws", stating that they hinder convictions.

Ms Osofsky attributed the SFO's failure to prosecute several corporations in recent years to the high evidential standard required for fraud, stating: "I wish we had some of the lower [evidential] standards for fraud because we have a very antiquated system… In fraud cases I’ve got to have the controlling mind of a company before I can get a corporate in the dock. That’s a standard from the 1800s, when Mom and Pop ran companies. That’s not at all reflective of today’s world."

Lisa Osofksy's comments come in light of criticism of the SFO for its lack of convictions and shrinking case load.

Separately, the SFO has recently added a new chapter to the SFO Handbook, setting out how it will assess the effectiveness of an organisation's compliance programme.  See Evaluating a Compliance Programme, published on 17 January 2020.

Seemingly informal emails are capable of having contractual force.  In Neocleous & Anor v Rees, the High Court held that an automatic email sign-off may count as a signature for certain legal purposes.  In the circumstances, the mere presence of the sender’s name on the email, whether it was automatically generated or not, demonstrated a "clear intention" to associate the sender with the content of the email, and to authenticate it.  In Athena v Superdrug, the court found that a simple exchange of emails created a contract, on the basis that it included the wording "Please go ahead with the below".  The defendant argued that the normal purchasing procedure had not been followed, that there was no intention to create legal relations, and that the relevant employee lacked ostensible authority to enter into the contract.  The court granted summary judgment to the claimant on the basis that none of these arguments had a real prospect of success. (See also the Law Commission's report on the electronic execution of documents, published in September last year.)

Take care how you label and use settlement correspondence

The courts have been considering how "without prejudice" communications should be handled, over the last few months.  In Sternberg Reed Solicitors v Harrison, the High Court decided that correspondence labelled simply "without prejudice" should not have been taken into account by an arbitrator when considering costs.  For those documents to be relevant to a costs assessment, the author should have labelled them as  "without prejudice save as to costs".  More recently, the Court of Appeal has re-confirmed that settlement agreements are not themselves covered by the without prejudice rule, although the correspondence leading up to such agreements usually is covered by it.  This point emerged in the multi-party case BGC Brokers LP and others v Tradition (UK) Ltd and others, where some of the defendants succeeded in obtaining inspection of material incorporated into a settlement agreement negotiated by another defendant.  Whilst the material had originally been without prejudice, it ceased to be so once it had been incorporated into the settlement agreement.

The European Commission has announced its European Green Deal.  This reflects the EU's ambition for Europe to become the world’s first climate-neutral continent by 2050, which the Commission describes as the "greatest challenge and opportunity of our times".  The measures that are envisaged include radical cuts to carbon emissions and investment in cutting-edge research and innovation.

The government has issued new anti-money laundering rules, implementing the Fifth Money Laundering Directive (EU 2018/843) in the UK.   Among other things, the Money Laundering and Terrorist Financing (Amendment) Regulations 2019 expand the categories of businesses affected, as well as the scope of customer due diligence required.  This now includes an explicit requirement to take reasonable measures to understand a customer's ownership and control structure (new Regulation 5).

Can you adduce evidence improperly obtained?

The High Court is giving out what appear to be mixed signals regarding the use of evidence that, in one way or another, has been improperly obtained.  In Mustard v Flower and others, the evidence in question was a series of covert recordings that a claimant had made of meetings with the defendant's experts.  The judge admitted that there was a public policy objection to admitting such evidence, but ruled that it was trumped in this (personal injury) case by the need to achieve a just result.  An important consideration was that the recordings were reprehensible, but had not been unlawfully made.  By contrast, the Court of Appeal has ruled in Curless v Shell International, an employment discrimination case, that a former senior in-house lawyer could not rely on a leaked internal email giving legal advice about how he might be dismissed under a redundancy programme.

International arbitration trends  -  what to expect in 2020

What should business and practitioners expect in 2020?  In this article we look at current arbitration trends and where they might lead in the months and years ahead.   We discuss the funding of legal proceedings, developments in Hong Kong and Singapore, changes to arbitration rules, Brexit and much more.

Brexit took place on Friday 31 January and the UK is currently in a Transition Period until 31 December 2020.

There is a ticking clock when it comes to relying on EU rules on jurisdiction and enforcement.  These will only apply to UK proceedings and judgments where litigation is commenced before the Transition Period comes to an end.  International arbitration is largely unaffected by Brexit, since enforcement of arbitrations is provided for by the New York Convention 1958. 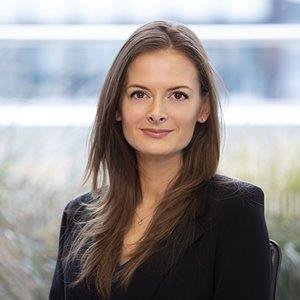