The Court of Appeal of Tanzania has recently issued a judgement as to the parties' rights and option to contractually agree on a specific forum for the adjudication of any dispute. The decision confirms that the parties to a contract are allowed to decide on a forum and choice of law for determining their contractual disputes. This update will explore the judgement and its impact.

The Court of Appeal of Tanzania (the Court) has recently issued a judgement as to the parties' rights and option to contractually agree on a specific forum for the adjudication of any dispute arising from the performance, interpretation and enforcement of a contract (the Judgment).   The appeal is registered as Civil Appeal No. 98 of 2016 between Sunshine Furniture Co. Ltd (Appellant) v. Maersk (China) Shipping Co. Ltd (1st Respondent) and Nyota Tanzania Limited (2nd Respondent) (together the Respondents).  The Court's Judgment was delivered on 23 January 2020 and below is a brief summary of the facts, along with the analysis of and reasons given by the Court for their decision.

Proceedings in the High Court of Tanzania

The Appellant sought US$84,830.10 in damages from the Respondents jointly and severally for the Respondents' alleged acts of negligence in handling the bill of lading.

The High Court sustained the objection after considering the contents of Clause 26 of the bill of lading on which the Respondents relied, and previous decisions of the High Court which involved interpreting similar provisions in bills of lading. The case was therefore dismissed as the High Court ruled it did not have jurisdiction to determine the dispute, due to the presence of the express choice of forum clause in the bill of lading.

The Appeal and arguments of the Appellant's and Respondents

The Appellant argued that since the cause of action arose in Tanzania, and the 2nd Respondent, who was the agent of the 1st Respondent, had its place of business in Tanzania, the agreement in the bill of lading which ousted the jurisdiction of Tanzanian courts was void because it was against the law and public policy.

The Appellant also argued that, Clause 26 of the bill of lading restricted the Appellant from enforcing his right in Tanzanian courts and therefore, that the Clause contravened the provision of Section 28 of the Law of Contract Act [Cap 345 R.E 2002], as well as Article 107(1) and (2) of the Constitution of the United Republic of Tanzania 1977.

It was thus the Appellant's argument, as per the cited provisions of the law, that Tanzanian courts were conferred jurisdiction, and that if the parties cannot confer jurisdiction upon a court they cannot likewise oust its jurisdiction as it was allegedly done in the contested Clause 26 of the bill of lading.

The Appellant also raised the issue of the unilateralism of contracts and argued that, since the bill of lading is a document which contains the terms of the carriage of goods prepared by the 1st Respondent, without any input thereto from the Appellant, it was wrong for the learned High Court Judge to consider it to be an agreement between the parties capable of ousting the jurisdiction of Tanzanian courts.

In terms of Clause 26, the Respondents submitted that the High Court properly found that Tanzanian courts did not have jurisdiction to entertain the Appellant's suit. It was argued by the Respondents that the parties are at liberty to choose the court to which a dispute arising from the implementation of the terms of their contract may be referred. The only restriction is that the chosen court must be competent to entertain the suit.

The Respondents also distinguished the case of Tanzania Electric Supply Company Limited (TANESCO) v. Independent Power Tanzania Ltd (IPTL), [2000] T.L.R. 324, as cited by the Appellant. This case turned on the principle that the parties to a contract cannot confer jurisdiction to a court which lacks jurisdiction or at the same time oust the jurisdiction of a court having competent jurisdiction. This case was submitted to be different from the scenario considered in the Appeal as the parties expressly agreed to adjudicate their dispute in a different court vested with jurisdiction.

Further, the Respondents submitted that Clause 26 of the bill of lading did not breach Section 28 of the Law of Contract Act [Cap. 345 R.E 2002] because the clause did not absolutely restrict any of the parties from enforcing their rights.

The Court started its analysis of the Appeal by construing the definition of the term "bill of lading'' to mean a document acknowledging the receipt of goods by the carrier or by the shipper's agent and the contract for the transportation of those goods setting the terms and conditions for shipment, ownership and delivery.

From the construed definition above, the Court agreed with the Respondents' submission that the bill of lading is indeed a contract between a ship-owner and a shipper of goods stipulating the terms and conditions of carriage of the shipper's goods.

While disagreeing with the Appellant, the Court also provided an interpretation of Section 7 of the Civil Procedure Code which vests jurisdiction in Tanzanian courts to try all suits of a civil nature except suits of which their cognizance is either expressly or impliedly barred. The Court held that

in accordance with this provision, a Tanzanian court may not entertain a suit for which the cognizance has either been expressly or impliedly barred. This includes a suit arising from a dispute which by agreement, the parties have chosen to be determined by a court of their choice, being it a local or foreign court.

Further to the above, the Court subscribed to the position laid down in Mulla, The Code of Civil Procedure, 15th Ed., 2012 at page 57 that,

"When the attention of the court, in which the suit is instituted, is drawn to a contractual stipulation to seek relief in a particular (foreign) forum, the court may, in the exercise of its discretion, stay to try the suit. The prima fade leaning of the court is that the contract should be enforced and the parties should be kept to their bargain."

The Court also agreed with the Respondents and the High Court that Clause 26 of the bill of lading (on the choice of forum) does not breach Section 28 of the Law of Contract Act [Cap. 345 R.E 2002] because the Clause does not absolutely restrict any of the parties from enforcing its rights but only provides for an agreed choice of court which has jurisdiction to determine their dispute.

The Court strongly cemented the choice of forum by holding that;

''…the clause expresses the parties' choice of the law and forum among the courts which have jurisdiction to entertain any dispute arising from the bill of lading… Basically therefore, the parties did not, by agreement, oust the jurisdiction of the courts in Tanzania. They only chose the law and the court at which a dispute arising from their shipment contract shall be determined''.

With regard to the issue of unilateralism of contract, the Court subscribed to the decision by the Court of Appel of Kenya in Carl Rouning v. Societe Navale Chargeurs Delmas Vieljeux (the Francois Vieljeux), Civil Appeal No. 16 of 1982. In this case the bill of lading had expressly provided that any dispute arising therefrom was to be determined in the courts of the country where the carrier had a principal place of business using the laws of that country (France).

In construing that clause, the Court of Appeal of Kenya held that:

''The material choice of forum clause in the bill of lading was willingly accepted by the parties who were aware that the French Legal System might be less advantageous than that of Kenya. In the circumstances the parties should be held to their mutual undertaking''

The Court sustained the High Court's decision of dismissing the case, given the parties' choice of forum in the bill of lading, and that parties did not oust the jurisdiction of Tanzanian courts by agreement; rather, the parties chose a Tanzanian court with jurisdiction to be the court at which their dispute should be determined.

Having agreed with the Respondents and the High Court's decision, the Court dismissed the Appeal with costs for lack of merit.

It is our observation that the Court's decision is advantageous. The decision confirms that the parties to a contract are allowed to decide on a forum and choice of law for determining their contractual disputes. The dispute resolution and choice of forum and law clauses are some of the most important provisions to be agreed upon by contracting parties.

It is in this way comforting for commercial parties to have a decision of the highest court in Tanzania providing the parties with the flexibility to decide a dispute settlement forum and choice of law, and in turn be bound by that decision. This decision also sets a precedent to be used by all Tanzanian courts by clarifying the conflicting High Court's decisions on the same issue.

This briefing is prepared for clients and contacts of Clyde & Co Tanzania. We aim to keep our clients abreast of developments in Tanzania as they happen and if you have any questions on the issues raised above please contact us directly.

Further advice should be taken before relying on the contents of this summary. Clyde & Co Tanzania accepts no responsibility for loss occasioned to any person acting or refraining from acting as a result of material contained in this summary. No part of this summary may be used, reproduced, stored in a retrieval system or transmitted in any form or by any means, electronic, mechanical, photocopying, reading or otherwise without the prior permission of Clyde & Co Tanzania. 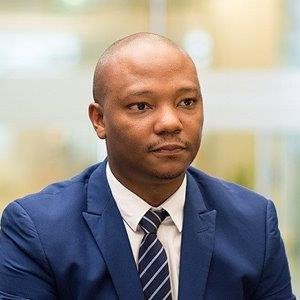 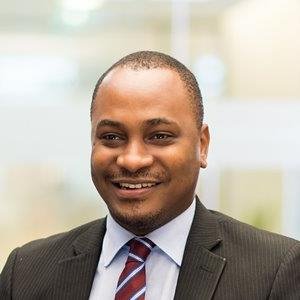 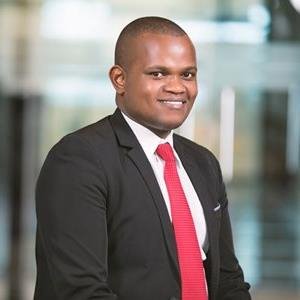