The COVID-19 pandemic has placed immense strain across the whole of the economy and raises the issue of how company directors should balance their obligations to shareholders and creditors while ensuring that they protect themselves from any personal liability.

Companies and their directors in the following sectors of the economy face difficult decisions:

In this article we consider what directors should know about insolvent trading and how they can protect themselves from liability.

Section 275 of the Companies (Winding-Up and Miscellaneous Provisions) Ordinance, confirms that directors must not knowingly defraud creditors by allowing the company to incur debts with no reasonable prospect of avoiding insolvency. Section 276 also confirms that a director can be held personally liable and contribute to the assets of the company for any misfeasance or breach of their directors' duties. Being a knowing party to the carrying on a business in a fraudulent manner is also a criminal offence and can lead to a disqualification as a director for up to 15 years.

Hong Kong's companies laws do not contain any provisions for imposing personal liability on directors and senior managers for trading while insolvent, and the requirement to prove a fraudulent intend can be difficult due to the burden of proof requirements, and as a result actions for breach of duties and fraudulent trading in rare. However, the recent case of Moulin Global Eyecare Holdings Limited v Olivia Lee Sin Mei [2019] HKCFI 1715, illustrates that directors can be found liable for breaching their duty of care and skill if they fail to properly investigate red flags concerning the solvency of the company. In Moulin, the Defendant was a non-executive director and a member of the audit committee; she was also an experienced commercial solicitor. The Court determined that the defendant had acquired knowledge that should have caused her serious concern and prompt further investigation; had she done do the fraudulent conduct of the company would have been revealed. The Court found in favour of the liquidators and held that Lee breached her duty of care and was personally liable for Moulin’s losses and the relevant interest (approximately HK$464 million in total).

The main restructuring tool used in Hong Kong remains a scheme of arrangement. Hong Kong does not have a formal procedure such as voluntary administration in the UK or Australia, or Chapter 11 in the US. As such, schemes of arrangement do not provide statutory protections and companies and directors remain at risk of creditors proceeding with compulsory liquidation.

Recently the government has announced a new round of consultations for the introduction of Chapter 11 style corporate rescue laws to shield companies from liquidation while they attempt to restructure. A key proposal may include giving companies a six-month moratorium from wining up of liquidation proceedings while they attempt to restructure or find a "white knight". The proposal is likely to include insolvent trading provisions. The government intends to finalise the bill and introduce it to the Legislative Council in October 2020.

Under the current legislative regime in Singapore, a director's liability for insolvent trading in the context of a corporate insolvency is dealt with in the Companies Act (Cap. 50).

Section 339(3) of the Companies Act provides that where a company is in the course of the winding up or being subject to any proceedings, if an officer of the company who was knowingly a party to the contracting of a debt had, at the time the debt was contracted, no reasonable or probable ground of expectation of the company at the time of the company being able to pay the debt, the officer will be guilty of an offence and liable on conviction to a fine not exceeding $2,000 or to imprisonment for a term not exceeding 3 months.

Section 340(2) of the Companies Act further provides where a person has been convicted of an offence under section 339(3) in relation to the contracting of a debt referred to in that subsection, the Singapore court, on the application of the liquidator or any creditor or contributory of the company, may declare that the person shall be personally responsible for the payment of the whole or any part of that debt.

In other words therefore, under the current legislative regime, a director must first be convicted of the offence of insolvent trading before he can be made personally liable for the debts incurred.

However, the current legislative regime in Singapore will change soon. On 1 October 2018, Singapore's parliament passed Insolvency, Restructuring and Dissolution Act 2018 ("New Insolvency Act"), and the act is expected to come into force soon. The New Insolvency Act seeks to consolidate Singapore’s existing corporate and personal insolvency and restructuring laws into a single enactment. When it comes into force, the Bankruptcy Act will be repealed and provisions in the Companies Act concerning corporate insolvency and restructuring will be deleted, with the provisions being consolidated in the new act.

What is relevant to the present discussion is that the New Insolvency Act introduces a new "wrongful trading" provision (section 239) to replace the existing insolvent trading regime. Under the new provision, a company "trades wrongfully" if it incurs debts or other liabilities, when insolvent (or becomes insolvent as a result of incurring such debts or other liabilities), without reasonable prospect of meeting them in full (section 239(12)).

Accordingly, under the new legislative regime to come into force shortly, it is no longer necessary to establish criminal liability for a director be held personally liable for wrongful trading.

Further, a new statutory defence has also been introduced under section 239(2) such that the Singapore court may relieve the person declared responsible from the personal liability if: (i) the person acted honestly; and (ii) having regard to all the circumstances of the case, the person ought fairly to be relieved from personal liability.

There is also criminal liability for wrongful trading under section 239(6), which imposes a fine not exceeding $10,000 or to imprisonment not exceeding 3 years or both.

Directors are therefore advised to pay close attention to this new section 239, as they may be held personally liable if there were a party to the company trading wrongfully, and they are unable to establish that they had acted honestly.

The Ministry of Law announced on 1 April 2020 that it will introduce a Bill to Parliament next week, which is aimed at providing temporary relief for individuals and businesses in financial distress caused by COVID-19.  Some highlights:

The Bill will also prohibit the contracting parties in certain types of contracts from enforcing their strict legal rights e.g. from taking court or insolvency proceedings or seeking enforcement of security over property used in business or trade. The contracts to which the Bill will apply are leases or licences for non-residential property; construction contracts or supply contracts; contracts for the provision of goods and services for events, such as weddings; certain tourism-related contracts; and certain loan facilities granted to small and medium-sized enterprises that have a turnover of $100 million or less.

Further, as a safeguard against unfair outcomes, assessors will be appointed by the Minister for Law to resolve disputes arising from the application of the Act. They will decide if the inability to perform contractual obligations was due to COVID-19 and will have the powers to grant relief that is just and equitable in the circumstances. The process is intended to be affordable, fast, and simple. Parties will not be allowed to be represented by lawyers, and there will be no costs orders. Assessors’ decisions will be final and not appealable.

Importantly, the proposed measures will have retroactive affect and cover relevant contractual obligations that are to be performed on or after 1 February 20201, for contracts that were entered into or renewed before 25 March 2020.

The Ministry has stated that these measures will be in place for at least six months from the commencement of the Act but may be extended, for up to a further six months  if required.

Australia has some of the toughest insolvent trading laws in the world. Section 588G of the Corporations Act 2001 confirms that directors must prevent their company from incurring debts where the company is insolvent or would become insolvent by incurring that debt. The duty is personal and can result in directors facing civil penalty proceeding of up to $200,000, paying compensation to creditors and if dishonesty is a factor in insolvent trading, criminal proceedings and potential disqualification from continuing as a director or managing a company.

Unlike the Hong Kong and Singapore legislation, insolvent trading offences in Australia are strict or absolute liability offences.  This means  it is only necessary to prove that the company was trading while insolvent and it is not necessary to prove a fraudulent intention, making it more difficult for Australian directors to avoid prosecution.

On 23 March 2020, the Australian Government passed the Coronavirus Economic Response Package Omnibus Bill 2020. The new legislation includes a moratorium for the next six months from being held liable for debts incurred by an insolvent company. The moratorium is not retrospective and will only apply to debts incurred for the next six months from 23 March 2020. It is also unclear how the moratorium on insolvent trading laws will interact with other director's duties imposed by the Corporations Act, for example, trading while insolvent may also breach the duty of care and diligence (s180), which can attract civil penalties.

In September 2017, Australia's insolvency regime introduced a safe harbour defence to the director's personal liability in certain circumstances. The defence excludes liability for insolvent trading if:

In determining whether a turnaround plan was reasonably likely to lead to a better outcome for the company (and its creditors), the Court will look at factors such as whether a director:

The current situation is likely to provide a significant test of the efficiency of these provisions, which to date have not been considered judicially and aspects of the law remains unclear.

What Should Directors Be Doing?

Faced with the current situation, directors need to be proactive in monitoring the situation, ensuring they act in accordance with their duties.

The more prepared and proactive directors are the better the chances of protecting themselves  from adverse action and  the company getting itself out of difficulty. Steps directors should consider include: 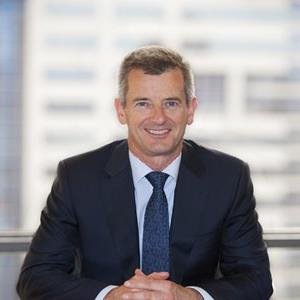