As the prevalence of COVID-19 continues to grow worldwide, together with the resulting social and business restrictions, the inevitable fallout will be a failure to achieve business plans and an increase in business insolvencies.

The UK Chancellor, Rishi Sunak, stated whilst unveiling recent plans for a £330bn economic boost in light of the pandemic, “this is an economic emergency. Never in peacetime have we faced an economic fight like this one".

In light of the economic environment, businesses should give serious consideration as to how to deal with a situation where joint ventures and joint venture partners are struggling financially or are susceptible to insolvency.

What are the risks?

Joint venture parties should be considering a number of issues such as:

1. Review joint venture documents to establish the trigger for an insolvency-related default

Insolvency-related default clauses can vary widely in their drafting, including the time at which they may be triggered.  The recent Government announcement as to the suspension of wrongful trading rules and the position being adopted by the courts to slow down or halt winding up petitions and administration orders mean that formal insolvency procedures may well be relaxed or delayed – for further details see COVID-19 UK: Prospective changes to insolvency law (England and Wales). However many default clauses will apply in situations which are short of formal insolvency.

A key factor when reviewing and/or drafting insolvency-related event of default clauses, is the point at which the clause is engaged. Options include deeming a joint venture partner insolvent when:

The relevant provision in section 123 of the IA86 is subsection (2), which states that "a company is also deemed unable to pay its debts if it is proved to the satisfaction of the court that the value of the company's assets is less than the amount of its liabilities, taking into account its contingent and prospective liabilities."

However, the application of this test can be relatively complicated, requiring a detailed consideration of the particular circumstances of the company whose solvency is being assessed and the prospective or contingent liabilities in question; if the counterparty were to resist the enforcement of this sort of provision it may not provide a straightforward ground to terminate.

In the context of a default clause, it is better instead to define insolvency through a strict balance sheet assessment which expressly excludes the section 123(2) test.

In any event, given that it may not be possible to assess a joint venture partner's balance sheet solvency contemporaneously, a broader provision should be considered.

This provision allows a joint venture party  greater scope to challenge a joint venture partner's solvency, by including reference to cash flow insolvency both on a formal basis (usually following the expiration of a statutory demand), as well as a factual assessment after a shareholder suspends payments of any of its debts.

Further still, the clause affords a joint venture party a better chance to claim that its counterparty is in default should it commence negotiations with its creditors by reason of its actual or anticipated financial difficulty.

In comparison to clause (i), clause (ii) therefore accelerates an insolvency-related event of default given its wider drafting.

2. Consider notice periods which run from an insolvency-related event of default, and their effect on the timeline

Even if an insolvency-related default can be established, some joint venture agreements will grant the shareholders time to remedy short-lived insolvency following a notice of default. The party claiming default should therefore consider the potential timeline as early as possible.

Finally, whilst a default notice can give rise to the forced sale of the defaulting shareholder’s shares, the actual transfer of those shares can be delayed as a result of administrative or regulatory requirements. Accordingly, parties should ensure that provisions are drafted to give a compulsory transfer right in relation to an insolvency default as early as possible.

3. Consider the ramifications of serving a default notice

Apart from the compulsory transfer of the defaulting shareholder's shares in the joint venture company, consequences of a default notice also often include:

As a result, from the moment a default notice is served, non-defaulting shareholders often have the ability to advance their chosen agenda(s), and to position the joint venture as attractively as possible should third parties be approached as potential incoming shareholders following expulsion of the shareholders in default.

PROTECTION AGAINST INSOLVENCY OF THE JOINT VENTURE COMPANY: SECURITY AND SEPARATION OF LIABILITIES

In the context of finance guarantees, it is often the case that the original parties guarantee the joint venture company's obligations on a joint and several basis, meaning that each guarantor could potentially be liable for the full amount in respect of which the guarantee is given. Whilst the parties may enter into a contribution agreement giving each guarantor the right to seek contribution from other guarantors, insolvency-related defaults by their nature undermine the comfort derived from such an agreement. Instead, should the beneficiary of the guarantee call upon the parties under its guarantee this may well crystallise an already financially dubious joint venture partner's insolvency and place the entire liability with the remaining party. Having had to pay out under the guarantee, the solvent party may then be left with an unsecured debt against the joint venture company which may well have prior ranking creditors to pay first.

It is therefore imperative for joint venture parties to consider the actual separation of liabilities between the joint venture company and the shareholders themselves, and to investigate restructuring options at an early stage to curb increased exposure in the event of
a joint venture partner's insolvency-related default.

FAILURE OF THE JOINT VENTURE ITSELF

The foregoing has looked at the position in the event that one of the joint venture partners is, or is near, insolvency. But what if neither party is in default but the business cannot operate due to the commercial effects of the coronavirus pandemic? Perhaps the business plan adopted by the parties, and which they will have undertaken to use all reasonable endeavours to achieve, is incapable of being fulfilled?

Very few joint venture agreements will contain force majeure clauses, and in any event such clauses would be of little assistance, given that it isn't the performance of one of the parties which is under scrutiny. If the parties disagree on the viability of the business, the only solution will be any deadlock resolution procedures contained in the joint venture agreement.  Such provisions will usually prescribe what amounts to a fundamental disagreement and a procedure for attempting to resolve the disagreement. Ultimately though, if the disagreement cannot be resolved, the solution under these types of provisions will usually be either a winding up of the joint venture or one or more of the parties buying out the shares of the others.
If there is a disagreement over the viability of the joint venture business, before invoking and deadlock procedure, the party concerned should check whether it has any open obligations to fund the business which could survive any deadlock procedure (this would unusual but possible).

Some joint ventures will operate on more of a “trust” or “usual course” basis. This is particularly so where joint ventures have been operating over a long period of time. At this time of uncertainty, it is important to formalise and update joint venture relationships by:

Whilst almost all joint ventures will operate under a formal agreement, many such agreements will not have been properly reviewed or updated to reflect legislative changes and current best practice.

Formalising shareholding funding arrangements will be valuable in the event that it becomes necessary to pursue a defaulting shareholder for any shortfall, since any claim could be based on a liquidated debt as ascertained through reference to the funding arrangements, rather than needing to pursue formal dispute resolution to come to the amount owed. In the context of a financially strained joint venture partner, a liquidated debt forms a powerful basis upon which formal insolvency proceedings could be threatened. In turn, such a liquidated debt could allow for more prompt repayments to be procured to the joint venture company or other shareholders than if the debt was disputed and there was no formal documentation speaking to its nature or amount.

Additionally, should further funds be required in order to fulfil the objectives of the joint venture company, it may be desirable to place stringent funding obligations on the parties to contribute finance when required. Penalties for non-compliance with an additional contribution demand commonly include interest-bearing loans from non-defaulting shareholders who are left to cover a resulting deficit.

For advice or information on the above matters, please contact our corporate team: Simon Vere-Nicoll or Richard Elks. 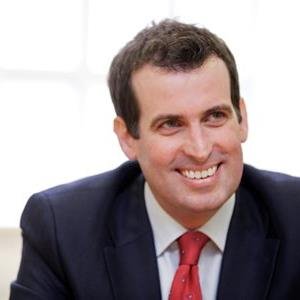 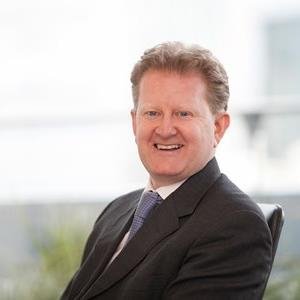