Covid-19: Will Covid-19 prove to be a great disruptor to progress of the EU State Aid policy?

Covid-19 has precipitated a crisis for the worldwide aviation industry of unprecedented and for many stakeholders, existential proportions. Its potential impact is illustrated by the warning given by IATA's Director General and CEO on 24 March 2020 that the industry will suffer a US$252 billion loss of passenger revenue in 2020 due to the impact of the ongoing pandemic, threatening the jobs of 2.7 million airline employees. In doing so, Mr de Juniac urged that government support will be critical to safeguarding the industry's future. But how does the unfolding response of governments to this crisis sit with the EU provisions on State Aid and the ambition that underpins them?

Under European law there is a general prohibition against State Aid,1 which for these purposes is defined as an advantage in any form whatsoever conferred on a selective basis to undertakings by national public authorities.2 This is aimed at enabling a level playing field across Europe.

However, there are two levels of exceptions to this general prohibition. First, specific express exceptions which shall or may be considered compatible with the EU's internal market (as the case may be), including: under 'shall', aid to make good the damage caused by natural disasters or exceptional occurrences; and under 'may be', aid to promote the execution of an important project of common European interest or to remedy a serious disturbance in the economy of a Member State.3 Second, such other categories of aid as may be specified by decision of the Council on a proposal from the Commission.4

The second of these levels of exception represents a true open clause potentially allowing any kind of State Aid, since there is no limitation whatsoever upon the subjects that can be covered and approved. However, it has rarely been used.5 Between them, these exceptions demonstrate that the EU never intended to ban State intervention totally and but rather to preserve an element of flexibility in its control of State Aid.

Further and specific guidance on compliant support for aviation industry stakeholders can be found in the EU Commission's Guidelines on State Aid to Airports and Airlines, the most recent of which were given in 2014 (Guidelines).6

The existence of an economic advantage is essential in any assessment of State Aid and its compatibility with the internal market. There is an economic advantage when a measure places an undertaking in a more favourable position than its competitors.7 The Guidelines provide that the advantage can be either positive, such as the granting of subsidies, or negative, for example when public authorities relieve undertakings of the costs inherent in their economic activities.8 This broad interpretation gives the Commission considerable leeway in determining what constitutes ‘economic advantage’.

The market economy investor principle (MEIP) has been used by the EU Commission frequently to assess whether assistance to airports and airlines amounts to State Aid. It provides that an investment is not State Aid when a State invests in an undertaking on a basis that would be acceptable to a private investor operating under normal market economy conditions.9

Over the years there have been various instances of the EU policing State assistance to airlines and airports under these State Aid rules. A classic example is Alitalia, which has been under the Commission's scrutiny repeatedly since 2001.10 In 2008, the Italian Government granted a €300 million loan to Alitalia, stating that the measure was due to extraordinary need and urgency to guarantee the public air service provided by the airline to avoid compromising its operations.  This was examined by the Commission, which determined that, contrary to the MEIP, the Italian Government had not acted as a prudent shareholder pursuing a structural policy, guided by longer term prospects of profitability and had therefore given Alitalia an economic advantage that would not have been received under normal market conditions, amounting to State Aid incompatible with the internal market. As a result the Commission ordered the Italian government to recover the aid from the airline. The Commission has recently opened yet another investigation into a €400 Million loan granted by the Italian Government to Alitalia in 2019.

In this approach to State Aid the EU has helped level the playing field for the aviation industry across its Member States up to the point of the Covid-19 pandemic.

The EU has introduced temporary measures to enable Member States to support their economies in responding to the Covid-19 crisis. In particular, it has adopted an investment plan called the Coronavirus Response Investment Initiative and suspended the rules on public deficits under the Stability and Growth Pact.

On 19 March 2020, the Commission adopted a Temporary Framework for economic support in light of effects of Covid-19 based on the exception of aid to remedy a serious disturbance in the economy of a Member State.11 This allows Member States to:  set up schemes to direct grants, selective tax advantages and advance payments up to €800,000; provide State guarantees on bank loans, subsidised public loans to companies and safeguards for banks that channel State Aid to the real economy; and grant short-term credit insurance.

Notwithstanding these measures, the Commission has stated that the main response will come from Member States' national budgets, not the EU budget.

The Commission has also suspended the 'one time last time' principle,12 so as to allow Member States to compensate airlines for damages resulting from this pandemic even if they have received rescue aid in the last ten years.

This basket of measures will allow Member States to support businesses affected at a national level, including airlines, although it is not yet clear if they will be enough.

In any event, the framework adopted by the Commission is notable in failing to ensure that a uniform approach will be adopted by the governments of different EU Member States; and this is being compounded by the different ways in which different States and different airlines are responding to it. For example:

For further information see the list of approved measures under the Temporary State Aid Framework so far published by the EU Commission on 21 April 202013 and the updates found here.

A number of States elsewhere have already committed to provide financial relief to their airlines, including the United States of America, Singapore, China and its territory of Hong Kong, Australia, Brazil, New Zealand, Qatar and Colombia. For some the support is considerable.

Of particular note is the US response given the heavy competition between American and EU airlines on transatlantic routes. In contrast to the EU's generalist framework approach, it has acted pragmatically (as it did after the 9/11 terrorist attacks), in providing specific relief measures and amounts for its aviation industry as part of its 'CARES Act' passed on 27 March 2020.14 This provides US$61 billion in grants and loans as well as excise tax relief for the US aviation industry. All US carriers stand to gain from this. Thus, for example, Delta Air Lines will receive US$5.4 billion in payroll support through the Act's programme and is reported to be intending to ask for US$4.6 billion for more general assistance, whilst American Airlines will receive US$5.8 billion in payroll support (made up of a direct grant of US$4.1 billion and a low-interest loan of US$1.7 billion), and is apparently planning to apply for a separate loan of almost US$4.8 billion for other purposes.

It could therefore be said that for the time being at least State Aid is back in town, not just within the EU but also globally. As the industry and many of the airlines within it are truly international, this wider picture should not be ignored.  The result is a very inconsistent patchwork: some carriers will receive enormous cushions, others will not be able to get one or chose to go without; as a result some will survive and prosper where they would not have done so in ordinary market conditions, whilst others will perish or be stunted where but for Covid-19 they would not have suffered.

Where do we go from here?

The maintenance of the aviation industry is essential for international connectivity, prosperity and growth. For this reason we all need it to survive and prosper. It is therefore crucial that airlines are supported not only during the period when flights are grounded to contain the pandemic, but also as and when they make the journey back towards normal operations.

It is to be hoped that the current State interventions will assist in this. Whilst what is happening within Europe is within the letter of the EU State Aid rules due to their in-built exceptions and flexibility, there can be little doubt that the aid being given is going to shape the aviation industry going forward and if so that will create a tension with its spirit: as a result we are likely to see an increased unlevelling in the playing field.

It is as yet unclear whether and how the effects of this can be mitigated, including in regulatory terms, as the world recovers from the effects of the current pandemic. If it cannot be then Covid-19 may prove to be a great disruptor to progress of the EU's State Aid policy.

What all this also perhaps shows is that more than ever there is a need for a unified approach to State Aid, not just as between EU Member States but also at a global level, if we are ever to have a truly economically health and competitive global aviation industry. 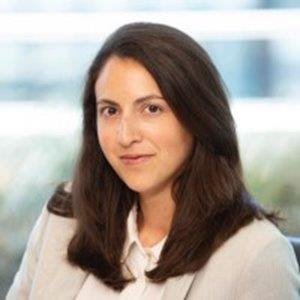 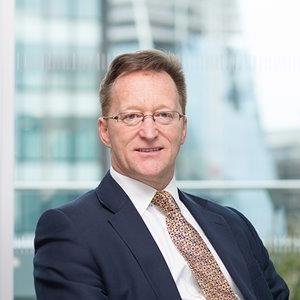