COVID-19 Australia: Federal Court makes it clear we must try our best to keep calm and carry on

A recent series of decisions from the Federal Court has clarified the Court's approach to litigation amidst the unprecedented disruption caused by COVID-19.

As the Federal Court becomes increasingly adept at utilising videoconferencing technology to remain operational during to the COVID-19 outbreak, a recent series of decisions demonstrate a reluctance to uphold an application for an adjournment that is founded in criticism of a virtual trial. The Court has made clear that "those who can carry on should…do their best to carry on, as inconvenient and tedious as this is going to be."

In Capic v Ford Motor Company of Australia Limited [2020] FCA 486, Perram J dismissed an application for an adjournment of a six week trial. The Respondent raised seven issues which were said to make trial during the pandemic difficult, including technological limitation, physical separation of legal teams, conducting cross-examination, and trial length and expense.

The Court concluded that none of those factors were insurmountable. In arriving at the view that "it is not feasible nor consistent with the overarching concerns of the administration of justice to stop the work of the courts," due to COVID-19, Perram J found that:

"..My impression of those platforms has been that I am staring at the witness from about one metre away and my perception of the witness’ facial expressions is much greater than it is in Court.  What is different—and significant—is that the video-link technology tends to reduce the chemistry which may develop between counsel and the witness.  This is allied with the general sense that there has been a reduction in formality in the proceedings.  This is certainly so and is undesirable…"

Similarly, in ASIC v GetSwift Limited [2020] FCA 504, Lee J dismissed an application for an adjournment brought by the Respondent on the basis that the Court would be unable to adequately assess the demeanour of witnesses, and that technical difficulties may arise in the course of the trial, among other factors. Lee J observed that:

"…there is no diminution in being able to assess the difficulty witnesses were experiencing in answering questions, or their hesitations and idiosyncratic reactions when being confronted with questions or documents. Indeed, I would go further and say that at least in some respects, it was somewhat easier to observe a witness closely through the use of the technology than from a sometimes partly obscured and (in the Court in which I am currently sitting) distant witness box."

While the Federal Court has foreshadowed a willingness to adjourn a trial, part-heard, in the event that technological difficulties become overwhelming (as occurred in R v Macdonald; R v Edward Obeid; R v Moses Obeid (No 11) [2020] NSWSC 382), it remains the case that an applicant must demonstrate an element of unfairness (as occurred in Quince v Quince [2020] NSWSC 326) or irreparable prejudice to obtain an adjournment, consistent with existing principles.

These cases provide importance guidance to litigants and their legal representatives assessing the merits of an application to the Court to vacate trial dates, and who might wish to avoid a matter being heard in the virtual environment.

These decisions also emphasise the changing landscape of cross-examination. Contrary to the adage that a cross-examining party is put at a significant disadvantage by the use of videoconferencing facilities, the modernisation of the Courts facilities (including embracing the use of software such as Microsoft Teams) has enhanced the Court's ability to assess the credibility of witness.

These recent developments may have positive implications for some parties and the opposite may be true for others. The complexities and uncertainties of a virtual trial may oil the wheels of settlement and encourage engagement in negotiations, particular those involving opportunistic or ambit claims. Where a commercial resolution is not viable, well prepared professional and corporate litigants will benefit from their decisive approach to defence strategy and thorough trial preparation. On the other hand, lawyers representing less sophisticated parties may struggle to manage their clients and witnesses, particularly given the fact that they may be giving evidence from the less formal environment of a laptop in the spare bedroom. 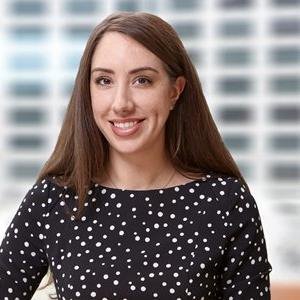