As a result of COVID-19, University College London Hospitals NHS Foundation Trust ("the Trust") made an interim injunction application requiring MB, a patient who had been fit for discharge since May 2019, to leave the hospital.

The Trust was successful in obtaining the injunction and Mr Justice Chamberlain's judgement (handed down on 9 April 2020) is particularly apt in the COVID-19 pandemic.

Patient MB was clinically fit for discharge from the National Hospital for Neurology and Neurosurgery for some time and despite a protected period of discussion and attempted negotiations with the Local Authority and the Trust, MB refused attempts to move her to an interim placement or to agree various options put forward by the Local Authority.

Due to COVID-19 the need for her discharge bed became even greater and given the risk to MB's own health in contracting COVID-19 in hospital, the Trust sought to bring forward the discharge date. MB refused to move.

Ordinarily in circumstances where a patient has capacity, eviction proceedings are used. However due to the introduction of Practice Direction 51Z, implemented in response to COVID-19 (and having the effect of staying all possession proceedings for a period of 90 days), the Trust instead made an Interim Injunction Application.

Various arguments were raised on behalf of MB including that, given her ongoing objections in respect of the care package (which arose as a consequence of her mental health condition), her discharge before these ongoing concerns had been resolved would cause her great distress and may cause her to self-harm or attempt suicide.

It was also raised on MB's behalf that her discharge would breach of Articles 3, 8 and 14 of the ECHR and it was further submitted that the Trust was in breach of the Equality Act 2010 as they had failed to make reasonable adjustments for MB.

Mr Justice Chamberlain dismissed both the ECHR and Equality Act 2010 arguments and also confirmed that there was no public law defence available to MB. Despite requests on MB's behalf that she should be allowed a reasonable period of seven days to leave the hospital, Mr Justice Chamberlain ordered that she leave the hospital by 12 noon the next day otherwise she would be in contempt of court.

The judgement makes clear that patients can be discharged even if they object to the care package arranged or the accommodation offered. Of course the clinical team must be satisfied that the patient's needs on discharge can be met by the Local Authority or the CCG.

The decision that a patient is fit for discharge, and that no further inpatient treatment is offered, must be articulated clearly and in detail in the patient's notes, including the basis for that decision with reference to the clinical assessment and clinical need. A decision in these circumstances is unlikely to constitute a breach of a patient's human rights.

Mr Justice Chamberlain clearly set out in his judgment that the principles in this case would apply in the current pandemic.

Please do get in touch if you would like to discuss these issues in more detail and in particular should you have any patients requiring discharge that have no ongoing clinical need to be in hospital. 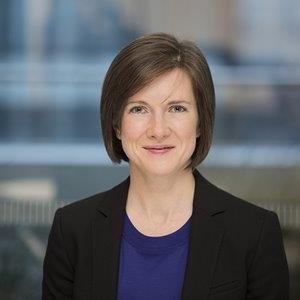