The conclusion of Saudi Arabia's first ever class action - just the beginning?

In 2017, the Capital Market Authority in Saudi Arabia introduced a new class action regime for claims by shareholders of listed companies in the Kingdom. In this article, we look at the conclusion of Saudi Arabia's first class action, specifically the recently announced decision by the CRSD Appeals Committee.

Since the regime was introduced, there has only been one class action admitted by the Committees for the Resolution of Securities Disputes (CRSD), the specialist tribunal for securities disputes in the Kingdom of Saudi Arabia (KSA) (see our first article on this subject here).

That class action was originally registered by a claimant shareholder against the former Board of Directors of the construction services contractor, Mohammad Al-Mojil Group (MMG), its senior management and its auditor for alleged violations committed during the subscription in MMG's shares as part of its 2008 IPO. Approval from the CRSD to consolidate the class action was issued by way of a decision, dated on 4 February 2019 (for further background on this, see our previous article here).

In a significant development, the CRSD Appeals Committee's decision, dated 2 March 2020, in relation to this first-of-its-kind class action, was formally announced in a press release dated 27 April 2020. Materially, and in addition to the claimant shareholders being awarded compensation to be collected from the illegal gains realised by the first defendant in the action, the co-defendants to the action were also held liable to contribute to any excess amounts (not capable of being satisfied by the gains of the first defendant) due to the claimant shareholders, in 'combination'.

Although the basis on which the co-defendants in this action will be expected to contribute in 'combination' to any excess amounts, or how, in practice, such proportions will be paid and in what order, remains unclear, the decision is an important development that evidences the CRSD's willingness to deal with multi-party litigation in a more efficient and consistent manner.

There are currently a number of shareholder disputes being dealt with by the CRSD and it will be interesting to see whether the decision in the MMG matter will encourage claimant shareholders to seek to consolidate those proceedings into a class action in the same way.

Please contact Saud Alsaab if you would like any further information about the subject of this article. 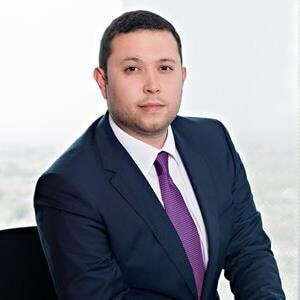