COVID-19 Spain: an important judgment on the coronavirus

These are just a few of the questions dealt with in the recent judgment given by the Labour Court of Teruel on 3rd June 2020. This is, without doubt, a highly relevant judgment, not merely because it deals with the burning issues, but because of its rigorous and exhaustive examination of those issues over the course of its 128 pages.

The proceedings were brought at the instigation of the trade union FASAMET against Servicio Aragonés de Salud [the regional health authority of Aragón] (“SAS”), the Instituto Aragonés de Servicios Sociales [the social services institution of Aragón] (“IASS”), and the Diputación General de Aragón [the general council of Aragón] (“DGA”). Briefly, the judgment held as follows:

Quite the reverse, the Court was of the view that the arrival of the pandemic in Spain was entirely foreseeable.

The judgment notes that the WHO had been issuing warnings and recommendations to prevent the spread of the virus since January 2020, and had done so with greater emphasis from February. In addition, in the light of those warnings, both the Government and the Public Administrative Authorities (“PAA”) could have and ought to have taken the necessary measures; in particular, social distancing and acquiring stocks of PPE in order to prevent the spread of the virus amongst its citizens, especially its healthcare professionals.

The judgment further reasons that, despite the fact that the virus originated in China, and that, initially, it seemed unlikely that it would arrive on the Peninsula, that probability increased significantly when, in January, cases were discovered in Germany and Italy and subsequently when the first case was recorded in La Gomera and then in Palma de Mallorca.

Non-compliance in issues of health and safety at work

The judgment dismissed the joinder to the proceedings by the DGA of the Ministry of Health as the health authority under the terms of Royal Decree 463/2020 of 14th March 2020. The dismissal was based on the Court’s understanding that, despite the centralisation of powers, this did not mean that the Ministry had taken on the guise of an employer of healthcare personnel. Further, this was not an analysis of an employer’s liability in the management of public health, but an exercise in the prevention of work-related risks.

Having said that, the judgment held that the defendants had failed to comply with the law governing the prevention of risks in the workplace because they had failed to make PPE available to their workers in sufficient quantities to guarantee their health and safety at work.

In the opinion of the Court, given that the pandemic was foreseeable, it was also foreseeable that every other country [in the world] would also have to supply itself with PPE, which meant that the PAAs not only ought to have acquired that equipment before the markets ran out of supplies, but also ought to have done so before the State of Emergency was declared. This would have been required of them not only in their capacity as an employer, but also because, as PAAs, they are subject to the precautionary principle.

However, the judgment goes further, pointing out that, even had the pandemic been considered to have been a case of force majeure, it would still not have exempted the employer from complying with the law governing the prevention of risks in the workplace.

Consideration of infection with COVID-19 as an occupational illness

This qualification was granted despite the recent RD 19/2020, of 26th May 2020, which considers that, under certain circumstances, the infection of healthcare workers and providers of social care with COVID-19 can be considered to be a work-related accident. The fact that the Court bypassed this RD is, in our opinion, not surprising.

The question of whether an infection with COVID–19 is qualified as an occupational illness or a work-related accident is no trivial matter, since the issue will be whether or not this type of claim can be covered under the employer’s civil liability cover contained in insurance policies.

Lastly, the judgment held that the failure to comply with obligations under the law governing the prevention of risks in the workplace means that there has also been an injury to the health and personal integrity of healthcare workers and, therefore, a breach of their basic rights.

The judgment is likely to be appealed.  Irrespective of that, it will certainly create a precedent and will, very probably, give rise to a large number of claims by healthcare and social care personnel against their employers, whether these are private companies or Public Administrative Authorities. 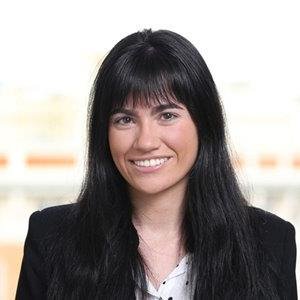