The decision in Blackpool Borough Council v Volkerfitzpatrick Limited addresses a range of important issues, including: (i) design life; (ii) contribution claims; and (iii) the instruction of experts.

Donkeys and trams have been a feature of the Blackpool promenade for over 130 years. Although donkey rides along the promenade remain popular, the famous Blackpool tramway has been the subject of an extensive redevelopment project over recent years. This has included the construction of a new tram depot. The Depot is located directly on the Blackpool seafront and was procured under a design and build contract between Blackpool Borough Council and Volkerfitzpatrick Limited.

In Blackpool Borough Council v Volkerfitzpatrick Limited & Others, it was alleged by Blackpool Borough Council that significant parts of the Depot would not meet the design life required under the contract. Specifically, it was alleged that a number of components were corroding at a much faster rate than allowed for under the contract. Volkerfitzpatrick sought to pass these claims down to its consultants and subcontractors. Simon Hale of 4 Pump Court and Clyde & Co represented Caunton Engineering Limited (the specialist steelwork subcontractor) in the recent trial of these issues.

In this briefing note we consider a range of important issues for practitioners arising out of HHJ Davies judgment, including: (i) the interpretation of design life obligations; (ii) contribution between specialist subcontractors and a lead designer architect; and (iii) the perils of instructing experts on too narrow a basis.

The central contractual issue was whether the cold formed steel components used as part of the framework of the Depot were required to have a design life of 50 years, or 25 years. However, that apparently straightforward choice masked a number of complex sub-issues, which the judgment addresses in depth.

The key obligation was found in section 2.3.5 of the Works Information. It provided that the design for all elements of the Works must “unless otherwise specified in the Functional Procurement Specification, have a design life of at least 20 years.” The Functional Procurement Specification did specify an alternative design life of 50 years for the “Building Structure,” and a further design life of 25 years for the “External Shell”. There was substantial argument at trial about the proper interpretation of these expressions, within the particular contractual context of the case.

As a result, the design life requirement for the cold formed components was 25 years. But what does “design life” actually mean?

Design life was not an expression defined by the contract documents. The Judge referred to two British Standards[1] and concluded that design life is to be judged by reference to the performance requirements which the building element is intended to achieve, together with the ability of that element to meet those requirements with anticipated maintenance, but without major repair being necessary. He noted: “It cannot realistically be thought that a structure should be intended to be maintenance free for the whole of its design life, whereas it can reasonably be assumed that it ought not to need major repairs over that period.”

Therefore, anticipated maintenance is a key ingredient in the attainment of design life. This is an important point for practitioners to remember when analysing design life obligations, and when making or considering allegations that such obligations have been breached. The judgment contains further helpful commentary on the distinctions between ordinary maintenance, cleaning, and major interventions.

Having defined design life in this way, the Judge then had to determine the content of Caunton and Volkerfitzpatrick’s obligations to achieve it.

All parties referred the Judge to the Supreme Court’s decision in MT Hojgaard v E.ON [2017] UKSC 59 on this point, but advanced different submissions about its implications. In Hojgaard, clause 3.2.2.2(ii) of the Technical Requirements contract document required that “the design of the foundations shall ensure a lifetime of 20 years without replacement”. There was therefore a direct parallel with the terms of the Works Information in the instant case.

The Supreme Court considered two alternatives as to what the term in Hojgaard meant:

It can be seen that the first formulation focussed on the capability of the design to achieve a particular level of performance, and the second focussed upon the actual performance of the design once constructed. The Supreme Court preferred the former view: that the obligation was to prepare a design that would have a lifetime of 20 years. It was disinclined to view the obligation as an absolute warranty of actual performance for that period, not least because, due to the forces of nature, a lifetime of any specified period could never in practice be guaranteed.

These were obiter remarks, but of high authority. The Judge in the instant case likewise favoured the Supreme Court’s preferred view: that the obligation was to provide a design for the cold formed components such that they would have a lifetime of 25 years.

The Judge noted that on the right facts, this might allow a designer or design contractor to argue that a particular building element would never in fact reach its design life, regardless of the suitability of the design tendered – with the result that a breach of a design life obligation might cause no loss (as the structure or element would always have prematurely failed). This issue did not arise in the instant case, but it is a very interesting point for development on the right facts in a future dispute.

What was in issue was whether the obligation to provide a design for the cold formed components such that that they would have a lifetime of 25 years was a strict obligation, or one which only required the lower standard of the exercise of reasonable skill and care. The Judge found, applying Hojgaard, that the obligation was a strict one: the Works Information required the production of a design that was capable of achieving 25-year life. If the design failed to do so, Volkerfitzpatrick and Caunton would be in breach of contract, even if they had exercised all due care (and thus would not have been liable in negligence).

This is an important finding for subcontractors whose contracts include the standard designer’s duty of reasonable skill and care. It is likely to require clear wording for such duty to be held to limit or qualify an obligation to tender a design that achieves a design life of a specified duration. On the other hand, it is difficult to conceive of many situations where failure to achieve a strict design life requirement would not also be a breach of the duty of reasonable skill and care.

Contribution between specialist designers and a lead designer architect

After an exhaustive consideration of the detailed technical evidence, the Judge rejected the claims that excessive corrosion was occurring and that the design life for the cold formed components would not be met. The Judge thus vindicated the design of the cold formed components. However, he considered the question of contribution liability if, contrary to his findings, he had found the design to have been inadequate. In this obiter context, the judgment contains interesting comments on the apportionment of responsibility between the architects (RPS) and specialist subcontractors (Caunton). The crux of the issue was the allocation of responsibility for the assumed annual rate of corrosion to be adopted in the design.

In light of RPS's narrower contractual obligations (RPS had not entered into a back-to-back contract with Volkerfitzpatrick, whereas Caunton had) and RPS' specific brief that the design life was 25-years, the Judge stated that he would not have found RPS to have any responsibility for a failure to produce a design capable of meeting a 50-year design life.

However, the Judge stated that if he had found the steelwork provided would not meet its 25-year design life, he had no doubt that breach of duty would have been established against RPS. RPS had prepared the tender design log, which included an assumed galvanised coating loss rate. This assumed rate was subsequently replicated in the structural steelwork specification and was provided to Caunton. The structural steelwork specification contained a requirement for Caunton to satisfy itself of the accuracy of these assumptions, but this alone would not have been sufficient for RPS to avoid liability. This indicates that a lead designer cannot divest itself of responsibility for its design assumptions simply by asking a specialist to verify them.

However, balancing all factors, the Judge concluded that Caunton would have been found to be two-thirds responsible and RPS one-third responsible for the assumed annual rate of corrosion. Although RPS had a greater overall knowledge and design responsibility for the project, Caunton had taken on a much wider contractual obligation. That combined with Caunton's detailed knowledge of the use of galvanised steel components and its express agreement to satisfy itself of the validity of the design assumptions meant that the majority of the responsibility would have rested with Caunton.

A key message for practitioners throughout the judgment is the importance of ensuring that technical experts are not constrained only to consider the contractual interpretation pursued by their instructing party. The Judge was critical of Blackpool's decision to instruct its corrosion expert to assume the contractual design life was 50 years, as opposed to considering the alternative possibility of a 25-year design life. It was only shortly before expert reports were due to be served that the expert's remit was expanded and this was apparent in his evidence. This left the expert "exposed to criticism on the basis that he had approached the case with a skewed perspective".

The importance of gathering sufficient technical evidence before initiating proceedings was also emphasised. The Judge found that Blackpool had ample opportunities before initiating proceedings to conduct investigations to monitor any deterioration of the steelwork. However, Blackpool’s failure to do this prevented it from developing an informed understanding of what case (if any) it would be able to advance in relation to any loss of coating on the cold formed components. This analysis was only undertaken when the parties' corrosion experts jointly instructed an independent testing house in 2019 to assess the condition of various parts of the Depot. These testing results only became available in their entirety three months before trial.

The Judge accepted that the court should not insist on evidence which it is unreasonable to expect to be provided. However, in circumstances where the claim pursued was very substantial in value and had been known to Blackpool for five years, it was incumbent on it to produce either: (i) reliable statistical evidence to support its case; or (ii) a cogent explanation as to why it was not possible to obtain such evidence. Blackpool had done neither and this proved a vital weakness in its technical case. This demonstrates that all parties must give thought at the earliest possible stage to the technical data they will need for trial – especially if that data needs to be gathered across a period of time in order to demonstrate a trend or deterioration. 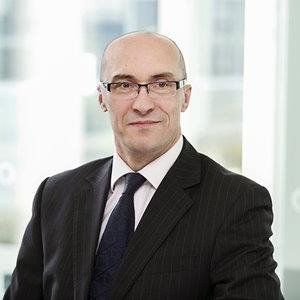