The consultation, which closes on 14 August 2020, seeks views on whether or not the legal framework for setting the personal injury discount rate ("PIDR") in Northern Ireland should be changed.

If it is appropriate for that framework to be changed, the consultation seeks views on whether following the framework in England and Wales, or the Scottish framework should be followed.

In 2017, the rates in England, Wales and Scotland were reduced to -0.75%. Following the reviews required under the new legislative frameworks placed in those jurisdictions in 2019, the rate in Scotland remains at -0.75%, with a rate of -0.25% introduced in England and Wales.

This has left Northern Ireland with a "considerable divergence'"to the other UK jurisdictions.

The power to set the PIDR in Northern Ireland was devolved to the Department of Justice in 2010, who currently sets the rate in consultation with the Government Actuary and the Department of Finance in accordance with the principles of Wells v Wells. During the political stalemate in Northern Ireland, there was no Minister of Justice appointed and therefore the discount rate remained at 2.5%.

At the beginning of 2020, with the appointment of a new Minister of Justice, fresh consideration was given to reviewing the PDIR.

A rate of -1.75% was proposed to the Government Actuary and Department of Finance in February 2020, but as of yet the rate has not been changed.  Given the dramatic financial impact that a change to a PIDR of -1.75% would have on compensators, any delay on the introduction of that rate would be welcomed by compensators.

In the interim, the aforementioned consultation has been launched seeking views on:

The consultation document indicates that there is no “reason to believe that the investment decisions of claimants in Northern Ireland are likely to be significantly different from those made by claimants in other jurisdictions”. Whilst claimants should be considered to be more risk averse than ordinary investors, the discount rate should now be set to reflect how they invest in reality. This will “better protect against the risk of over-compensation, and any potential unfair financial burden on public bodies, businesses and consumers.”

In considering how the rate in Northern Ireland should be set, views have been sought on whether the England and Wales framework, the Scotland framework or another framework would be most appropriate.

The PIDR in England and Wales is set with reference to assumed returns from a diversified portfolio of low risk investments, and has regard to the actual investments made by claimants. In Scotland, it was decided that determining the rate is an actuarial exercise and therefore is now the responsibility of the Government Actuary, and the rate is now set with reference to projected returns on a notional portfolio of ‘cautious’ investments over a 30-year period.

The consultation also seeks responses on who should set the discount rate in Northern Ireland. If the England and Wales model is followed the Department of Justice would set the rate; this option “emphasises political accountability”. If the Scotland model is followed, the rate setting would be seen as an actuarial exercise and “emphasises independent expertise”. It is noted that the Department “already relies to a considerable extent on expert advice.”

The Department considers that a five-yearly review would be appropriate, as in both England and Wales and Scotland, but views are welcome on alternatives.

The consultation is open for eight weeks until 14 August 2020. Once the responses have been reviewed a summary will be published on the Department of Justice’s website. 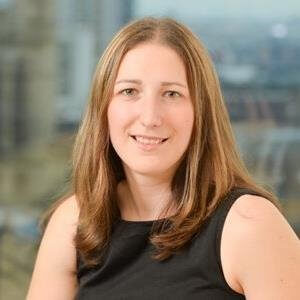