Bill 161: What the future holds for Ontario class actions

When Ontario's government introduced Bill 161 last year to modernize and streamline the province's justice system, it borrowed heavily from elements of U.S. class action law with respect to the Class Proceedings Act ("CPA"). The Bill, which was granted Royal Assent on July 8, incorporates many recommendations from the Law Commission of Ontario ("LCO"). That said, a call from the LCO for a more stringent application of the existing certification test was met with the introduction of a new, U.S. style, certification test. While the date on which Bill 161 will come into force remains a mystery, it is noteworthy that class actions started before then will be subject to the current CPA and its less stringent certification test. Is an "omnibus" business interruption class action issued by Koskie Minsky LLP and Merchant Law Group LLP in Toronto on July 6, 2020, by way of Notice of Action (meant to be used where "there is insufficient time to prepare a statement of claim"), a harbinger of things to come?

Employing language similar to that used in U.S. Federal Rule 23(b)(3), the newly passed s. 5(1.1) amendment to the  CPA introduces the requirements of predominance and superiority that a plaintiff must meet to certify a class action. Plaintiffs will be required to show that common issues predominate over individual ones, and that a class action is superior to all other reasonably available means to resolve the dispute.

Until now, Ontario courts have generally taken a generous and broad approach to interpreting class certification. With the passage of Bill 161 that may no longer be the case, given the predominance requirement, and certification may become much harder for plaintiffs. Critics have called the new certification test a step backward for Ontario, and have questioned whether previous class actions might not have been certified under the new test – for example, product liability class actions, and the residential schools class action, where the plaintiffs were subject to unique and personalized experiences.

While the predominance and superiority requirements may be somewhat novel to Ontario class actions, they are not entirely unknown in Canada. Both Alberta and British Columbia incorporated similar criteria in their class proceedings legislation in 2003 and 1996 respectively, albeit couched in different language. There, the courts must consider whether common questions of fact or law for class members predominate over individual needs in determining whether a class action would be the preferable procedure.

Further, in a 2001 ruling, Hollick v. Toronto (City), the Supreme Court of Canada ("SCC") considered predominance when it held that a class action was not the preferable procedure in an appeal by a plaintiff, who sought class certification for an action seeking damages allegedly suffered from noise and physical pollution from a Toronto landfill site. The SCC referenced U.S. Federal Rule 23(b)(3) regarding the predominance requirement, and noted the importance of the "consideration of the common issues in context" in determining whether it is preferable to proceed with a class action.

Defendants will have the opportunity to test new arguments when challenging the propriety of class actions. Bill 161 introduces a higher bar to that of the preferable procedure requirement, and appears to encourage the early resolution of issues. S.4.1 permits preliminary motions that "may dispose of the proceeding in whole or in part, or narrow the issues to be determined or the evidence to be adduced in the proceeding". As a result, we could see fewer class actions proceed to a determination on the merits.

This is especially significant given the expected increase of class actions due to COVID-19. To date, approximately 40 class actions have been filed in Canada (14 in Ontario) since the start of the pandemic. Once in force, Bill 161's amendments to the CPA are expected to result in a spirited rise of challenges to certification, and motions regarding the scope and conduct of class actions.

Bill 161 should also have an impact on multijurisdictional class actions. To prevent duplication and multiplicity of efforts where Ontario may not be the appropriate forum, Bill 161 allows the court to address jurisdictional issues in advance of certification. Again, this amendment to the CPA mimics the U.S. approach to coordinating similar class actions across multiple states. It is also something that other provinces have been doing for several years. Based on recommendations made by the Uniform Law Conference of Canada, Alberta, Saskatchewan, and British Columbia have had in place legislation that requires the consideration of coinciding class actions to help defendants address similar claims across several provinces. Similarly, Bill 161 will give Ontario defendants the ability to try and avoid duplicative class actions.

Exactly how Bill 161 will alter Ontario's class action landscape remains to be seen, and we should not assume it will replicate, in Ontario, the American experience. The key takeaway for clients is that Ontario may no longer be as friendly an environment for class actions as it has been. Defence counsel will now have new grounds and arguments with which to challenge certification and seek to limit their scope. 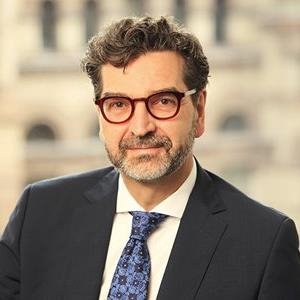