Clyde & Co has secured a finding of fundamental dishonesty against a HGV fitter after it was established that he lied about the extent of his disability when pursuing a claim against his employer. The finding was made pursuant to section 57 of the Criminal Justice and Courts Act 2015.

The Claimant was a HGV fitter and sustained shoulder, neck and back injuries when falling from a ladder on a tanker. Primary liability was admitted. The claim proceeded on the basis of contributory negligence, medical causation and damages issues.

The claim had initially been pleaded at a value of approximately £80,000. The Claimant relied on expert medical opinion supporting an advancement of pre-existing pathology and symptoms by a period of 3-4 years.

In his witness statement, the Claimant presented a florid account of his historical and current symptoms and the impact on his lifestyle. This included an unqualified assertion that he required the use of a stick to mobilise.

Surveillance footage was secured and deployed which did indeed show the Claimant had used a stick on a single occasion when the Claimant attended the Job Centre for an interview. The remainder of the surveillance, over a two day period, revealed the Claimant mobilising without restriction.

We commissioned separate medical evidence which damaged the claim further; with our expert attributing only a two-month period of symptoms to the accident. The Claimant's medical expert, without explanation, then amended their view, reducing the advancement period to 12 months. By the time of trial, the claim for loss of earnings (initially presented in the sum of £66,766) had been abandoned.

The matter proceeded to trial on 24 & 25 June 2020 at the County Court at Kingston-Upon-Hull before HHJ Sarah Richardson. Judgment was handed down at a separate telephone hearing on 30 June 2020.

In oral evidence, the Claimant explained his selective use of the stick (when attending the job centre) by stating that he had forgotten, on this occasion, to take his painkillers. This was the first time this explanation had been advanced. The Judge found this account to be "bordering on the farcical".

Overall, the Judge categorised the Claimant's evidence as being "palpably dishonest". The Judge had no hesitation in finding that this dishonesty went to the core of the claim. HHJ Richardson specifically referred to the historical schedules of loss claiming substantial damages and not the much reduced schedule relied upon at Trial.

The Judge also found evidence of dishonesty in the presentation of the Claimant's factual evidence on contributory negligence, noting the inconsistent metadata.

The Judge also preferred our medical evidence resulting in a modest entitlement to damages for PSLA £1,500, handing down an order as follows:

This case demonstrates the value in maintaining a robust and principled defence of a claim where primary liability is admitted but exaggeration is suspected. The value of the claim had been reduced significantly prior to trial due to the evolution of the evidence. Despite this, substantial costs had been incurred. The view was taken with our client that the Claimant should not profit from his catalogue of dishonesty, and should be put to proof at trial. This decision was justified and validated by a strong judgment from the Court. 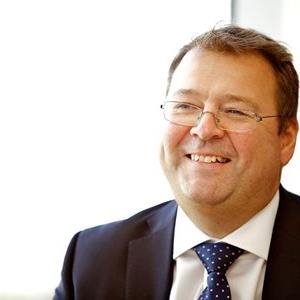