Ground-breaking judgment in South Africa: Directors owe duties to the company, not to shareholders

On 3 July 2020 the Supreme Court of Appeal ("SCA") delivered a significant judgment on the interpretation of the Companies Act relating to the liability of directors and auditors for claims by shareholders.

The judgment offers a clear, thorough analysis of the law in relation to the liability of directors for claims by shareholders, as well as the limitations to the liability of auditors against such claims. It offers valuable guidance as to the 'proper plaintiff' rule for losses suffered as a result of the alleged misconduct by directors, and the appropriate method for shareholders to exercise recourse through a derivative action.

The plaintiffs in the High Court (Gauteng Division, Pretoria) were two shareholders of ABIL. The first to tenth defendants were former directors of ABIL and African Bank Limited ("the Bank"). The eleventh defendant, Deloitte, had been the auditor of ABIL and the Bank.

The plaintiffs alleged that from 2012 to 2014, the directors conducted the business of the Bank recklessly and in contravention of s 22(1) of the Companies Act, 2008 ("Companies Act") (a company must not carry on its business recklessly, with gross negligence, with the intent to defraud any person or for any fraudulent purpose) and s 76(3) (when a director exercises his/her power, he/she must do so in good faith, in the best interests of the company and with the degree of care, skill and diligence that may be reasonably expected of a person carrying out the same functions in relation to the company as carried out by that director, and having the general knowledge, skill and experience of that director).

The plaintiffs alleged that these breaches resulted in significant losses on the part of the Bank which in turn caused the share price of ABIL to fall from R28.15 per share to R0.31 per share. The plaintiffs' claims, which were jointly in excess of R2 billion, were based on the total diminution in the value of their ABIL shares.

The plaintiffs' relied on a statutory cause of action rooted in s 218(2) of the Act, which states:

"Any person who contravenes any provision of this Act is liable to any other person for any loss or damage suffered by that person as a result of that contravention."

In the High Court the directors took exception successfully to the plaintiffs' particulars of claim on three grounds:

The shareholders' claims against the directors were quintessentially reflective loss claims. The wrong done to the company (ABIL) was the basis of the appellants’ claim and the diminution in share value directly correlated to the losses suffered by ABIL.

At the heart of the SCA's decision is the concept of separate legal personality which is fundamental to company law. A company is an entity separate and distinct from its members. Loss sustained by a shareholder in the value of his/her shares is reflective of the loss suffered by the company. The shareholder does not suffer any personal loss, but rather a loss in the value of the company.

The SCA agreed with the High Court's finding that, "where a wrong is done to a company, only the company alone may sue for damage caused to it" and that "shareholders … do not have a direct cause of action against the wrongdoer". The fiduciary duties owed by directors which are codified in terms of s 76(3) are owed to the company, not to individual shareholders. The company, in the event of a wrong done to it in terms of any of the provisions s76(3), can sue to recover damages under s 77(2)(b) & s 77(3)(b), meaning the company would be the proper plaintiff.

For purposes of s 218(2), the person who can sue to recover loss is the one to whom harm was caused. There must be a link between the contravention and the loss allegedly suffered. In this case, the alleged loss was occasioned to the company and the company is the entity with the right of action.

The SCA upheld the decision of the High Court and the directors' exceptions.

The question for purposes of the wrongfulness enquiry was whether public and legal policy considerations dictate that the auditors of African Bank be held liable to the shareholders of ABIL for the reflective losses they sustained as a result of the underlying losses suffered by the Bank. In this regard, the SCA affirmed that:

The SCA recognised that imposing a legal duty on auditors in a case such as this raises the spectre of indeterminate liability. If the shareholders' claims were to be recognised despite the fact that their loss is merely a reflection of the underlying loss suffered by the Bank and ABIL, there is no reason to prevent all others who suffered reflective losses from pursuing similar claims.

For this reason amongst others, the SCA found no basis to establish wrongfulness on the part of Deloitte and its exceptions were also upheld.

This judgment is ground-breaking in affirming that under the Companies Act: 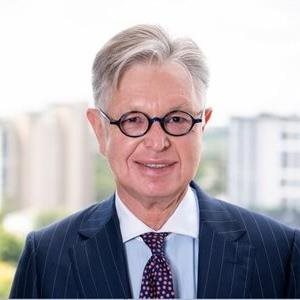