Limitation of liability: are marinas protected?

The decision of the Admiralty Court handed down this week in Holyhead Marina v. Peter Farrer [2020] EWHC 1750 (Admlty) considers interesting and significant issues concerning limitation of liability that will be of great interest to owners, insurers and users of docks and marinas. The successful Claimants (the marina owners seeking to limit their liability) were represented by Emma Rice of Clyde & Co and her team based in Manchester.

In March 2018 a severe storm struck Holyhead Marina in North Wales with devastating effect: the marina itself suffered a catastrophic breakdown and some 89 craft that had been moored at the facility were either sunk or damaged. The potential claims of the vessel owners and their insurers against the marina were estimated to total some £5 million and were said to be based on allegations that the design, construction and maintenance of the marina were defective.

In anticipation of these claims Holyhead Marina issued proceedings seeking limitation of its liability pursuant to section 191 of the Merchant Shipping Act 1995 ("MSA 1995"). Under that provision the owner of a "dock" within the meaning of that Act may limit its liability to a sum calculated by reference to the tonnage of the largest UK registered ship that has been in the relevant area during the 5 years preceding the incident. The claimants argued that on this basis the relevant limit of their liability was approximately £550,000.

The key issues before the Court were as follows:

On the first issue - which was also the most significant for other owners, operators and insurers of marinas around the country - Teare J held that the definition of "dock" in section 191 of MSA 1995 did extend to include Holyhead Marina. Although the Judge did not feel that the marina was a dock within the narrowest meaning of that term, the statutory definition in section 191(9) states that “dock” includes "wet docks and basins, tidal docks and basins, locks, cuts, entrances, dry docks, graving docks, gridirons, slips, quays, wharves, piers, stages, landing places and jetties". On this basis the Judge had little difficulty in holding that the pontoons comprising the marina at Holyhead were places where the owners of small pleasure craft returning from sea would step ashore or "land" and as such were "landing places" within the meaning of that definition. The fact that this was not a typical example of a landing place in the context of commercial shipping such as may be used by merchant ships or passenger liners made no difference to the finding. As the Judge put it:

As the Defendants could have no real prospect of succeeding with this argument at trial, the Judge ordered that this part of their defence should therefore be struck out.

On the second issue the Court considered the application of Article 4 of the Limitation Convention as incorporated by section 191(4) of the MSA 1995 which provides that:

“A person liable shall not be entitled to limit his liability if it is proved that the loss resulted from his personal act or omission, committed with the intent to cause such loss, or recklessly and with knowledge that such loss would probably result."

There was no dispute that the burden rested with the Defendants to allege and prove conduct barring the right to limit under this very narrow provision: there must be alleged and proved actual knowledge that the loss which occurred would probably result.

As this hearing concerned an application to strike out the defence, the Judge noted that it was not an occasion for a "mini-trial" and that although he was highly sceptical of the prospects of success for the Defendants, he felt that there was "perhaps the glimmer of an argument" in support of their contentions. Although it remained "most improbable that the requisite actual knowledge will be established", Teare J nevertheless decided not strike out this part of the defence prior to trial. However, the Judge's view that the defence had very limited prospect of success was reinforced by a conditional order against the Defendants that if security for the Claimant’s costs of a contested limitation action was not provided within a specified period of time then the Defence would be struck out.

The final point to be considered concerned the amount of the limitation fund which was to be assessed “by reference to the tonnage of the largest United Kingdom ship which, at the time of the loss or damage is, or within the preceding five years has been, within the area over which the authority or person discharges any functions” (section 191(2) of the MSA 1995).

The dispute on this point focussed on “the area over which the authority or person discharges any functions” in the circumstances of this case. The Claimants argued that the relevant area was the Marina because that was the only area over which they had any control under the Marina lease. This approach would result in a limitation fund of approximately £550,000 based on the tonnage of the largest vessel to actually use the marina. The Defendants argued that the relevant area was the entire harbour, or at least the area of the harbour which includes the fairway to the Inner Harbour so that in either case the area included the pier used by the large ferries which operated between Holyhead and Dublin. The tonnage of the largest of these ferries would produce a limitation fund in excess of £5 million.

On the evidence, the Judge held that the Claimant's approach was the correct one and that the lower limitation fund limit would apply. Whilst it could fairly be said that the Claimant discharged a function over the Marina, Teare J did not consider that it could fairly be said that it discharged a function over the area of the harbour beyond the boundaries of the Marina, merely the craft which proceeded to and used the Marina. It followed that this element of the Defendant's case was also struck out by the Judge.

This decision represents a significant success for the owners and insurers of Holyhead marina and provides helpful clarification of the wider availability of the right to limit liability for marina owners generally. One of the key policy objectives underlying the right to limit liability for maritime claims is to provide commercial certainty and this decision now ensures that this certainty and protection will be extended to the owners, operators and insurers of marinas in the vast majority of cases.

For further information regarding this case please contact the author. 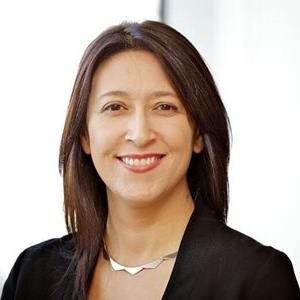