Maintaining the right balance in litigants in person cases

Clyde & Co, representing the second Defendant, achieved success at trial in Romford County Court in an alleged highways tripping case. The case serves as a useful reminder of how to successfully deal with litigants in person at trial, following the recent Supreme Court guidance in Barton v Wright Hassall.

The Claimant, a litigant in person, gave inconsistent evidence on day one of the trial. After cross-examination, the Defendants invited the Judge to consider whether the Claimant could prove, on the balance of probabilities, that there was an actionable hazard, and if not the Claimant's claim should be dismissed pursuant to CPR 3.1(2)(l). The Judge considered this overnight and dismissed the Claimant's claim the following morning.

The Claimant claimed both Defendants were negligent, and the second Defendant (D2) was also liable pursuant to s41 of the Highways Act 1980 for failing to maintain the highway, including failing in their duty to inspect.

Clyde & Co were instructed by D2. The Claimant acted in person and clearly had a level of legal knowledge which made dealing with this claim all the more challenging for both Defendants.

At trial, the Claimant's case was that he tripped as he turned left when his left foot caught the edge of a board that was standing proud due to the presence of the kerb and another rubber slab. As a result he fell half on the pavement and half on the road. He did not return to take any photographs of the defect because he did not think his injury was serious and his doctor told him not to leave the house for three weeks.

The Claimant was a poor witness and after cross-examination it became obvious his evidence as to any defect was now very different to what was contained in the pleadings and his written evidence. Both Defendants therefore invited the Judge to consider whether, on the balance of probabilities, he could find there was an actionable hazard. If he did not, the claim would fall within CPR 3.1(2)(l), which allows a judge to "dismiss or give judgment on a claim after a decision on a preliminary issue". The Claimant agreed to this approach.

The Judge noted the Claimant had given three written accounts of the incident, but his evidence at trial contradicted his previous accounts. Before the Judge, the Claimant referred to a new diagram to explain the mechanism of the accident, and stated he landed on both the pavement and road. His first written account accompanied by a different sketch plan advised he fell on the pavement. His Particulars of Claim did not mention he fell as he was turning, whereas in cross-examination his evidence was that he fell whilst turning off the pavement. His account at trial was described by the Judge as "completely inconsistent with the Particulars of Claim and the witness statement."

Both Defendants submitted that the Claimant's account was implausible; if he fell on a lip at the edge of the pavement, the bottom half of his body could not have remained on the pavement as his body would have fallen forwards.

The burden was on the Claimant to show an actionable hazard, with the Judge stating that in order to do this the Claimant needed a consistent account of how he fell.

Due to "inconsistencies in accounts, failure to mention he fell whilst turning off the pavement and implausibility as to where he ended up" the Judge found the Claimant had not proven, on the balance of probabilities, that there was an actionable hazard. The Judge also outlined his concerns that the Claimant could not show anybody else had ever been injured at the location, and that he had made no attempt to investigate himself by re-attending the locus or taking photographs.

The Claimant's claim was dismissed and both Defendants' costs were summarily assessed at the conclusion of the trial in the sum of £17,500, however, pursuant to CPR 44.14 these costs are not to be enforced without permission of the court as there was no finding of fundamental dishonesty.

What can we learn 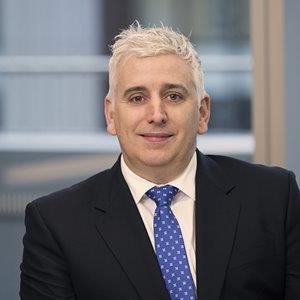