A concurrent duty to defend: what insurers can expect

Generally, it comes down to a policy's wording and the allegations of the claim when determining an insurer's duty to defend. A recent Ontario Court of Appeal decision is a case in point, involving multiple insurers with concurrent duties to defend.

The Ontario Court of Appeal’s recent decision in Markham (City) v. AIG Insurance Company of Canada (1) will have significant implications in situations where multiple policies are triggered, and may lead to a shift toward joint claims handling at the outset of a claim where two insurers are potentially liable.

The case involved a young boy who was injured at the Angus Glen Community Centre hockey rink when a puck flew in his direction, breaking his jaw. Before the incident, the City of Markham (the City) had rented the community centre to the Markham Waxers Hockey Club, the Markham Waxers Minor Hockey Association, and the Markham Minor Hockey Association (the Waxers) – all members of Hockey Canada. An action was then issued against the City and Hockey Canada for $150,000 in damages. The City was insured by Lloyd's Underwriters (Lloyd’s) under a commercial general liability policy. The remaining defendants were insured under Hockey Canada's policy with AIG, which also named the City as an additional insured (but only with respect to liability arising out of the operations of Hockey Canada and the Waxers).

At first instance, competing applications for a declaration about the duty to defend were brought by the City / Lloyd’s on the one hand and AIG on the other. The trial judge found that AIG alone had a duty to defend the City and pay for its reasonable defence costs, but also concluded that the insurer could not participate in the City’s defence due to a conflict of interest between the two. AIG appealed the decision on several grounds, and the Ontario Court of Appeal overturned the lower court’s decision.

The Court of Appeal’s decision is noteworthy in that it emphasizes the importance of the specific wording when more than one policy is potentially triggered. When multiple policies cover the same risk, priority often depends on the “other insurance” clauses to determine which policy is primary and which policy is deemed excess. The primary policy would take the lead in defending the claim. Interestingly, the Court of Appeal placed less emphasis on the primary and excess wording of the policies and departed from the trial decision in finding that Lloyd's policy was excess only with respect to the overlapping allegations that fell within AIG's coverage. Although the Lloyd's policy contained language noting it would be excess if the primary policy limit for a corresponding claim was exhausted, the AIG policy specifically limited its coverage to liability arising out of Hockey Canada’s operations. Since the claim alleged the City failed to invoke reasonable safety measures on the premises to limit bodily harm and personal injury, the Court of Appeal found that those were independent allegations against the City that fell outside the scope of AIG's coverage. Those independent allegations were sufficient to trigger Lloyd's duty to defend, meaning both Lloyd’s and AIG were liable to defend the City.

The Court of Appeal's emphasis on language carries significant implications for insurance policies and the interpretation of policy wording. Insurers would be well advised to take a second look at claims to determine if other insurance is triggered. A thorough review is especially critical during the intake process when assessing coverage in conjunction with the allegations in a claim. The decision may lead to an increase in the volume of claims where multiple insurers are jointly defending claims that would be traditionally handled by a single insurer. However, this increased volume may also reduce legal spend where defence costs are distributed among multiple insurers.

When an insurer has a duty to defend, they have a corresponding right to control the defence. This is sometimes qualified by conflicts of interest. In Markham v. AIG, the Court of Appeal’s finding that Lloyd's and AIG owed a concurrent duty to defend created a situation of conflict. AIG would have a financial interest in reducing Hockey Canada and the Waxers’ exposure, while Lloyd’s would have an interest in reducing the City’s exposure. To address the potential conflict in its defence of the City, AIG proposed a split file protocol in which separate claims handlers would be assigned to manage the defences of Hockey Canada and the City. All files would be marked confidential and converted to digital format, and any breach of these procedures would find the appropriate claims handler subject to disciplinary action.

Importantly, the Court of Appeal also concluded that when dealing with claims between insurers for contribution, the principles of equity and fairness apply since there is no contract between them. The decision also affirms a long line of cases upholding the right of the insurer to control the defence of the action unless there is a clear conflict of interest. Notably, the Court of Appeal expressed confidence in AIG’s ability to address potential conflicts of interest between the insurers and insured by implementing a split file protocol. The Court of Appeal’s decision signals that hypothetical risks of conflict should not trump the insurer’s right of control, so long as the insurer can demonstrate a reasonable and good faith process for mitigating the risk. The decision also sets out a clear expectation that insurers and insureds will work cooperatively to implement file management protocols that will protect the insured's interests while allowing the insurer to exercise its right to control the defence of the action.

For insurers, the decision reinforces the importance of implementing proper file management systems to minimize potential conflict issues. They may need to review conflict protocols to ensure those files are appropriately protected. In addition, standard joint defence agreements should be put in place to ensure smoother claims handling and address potential conflicts where multiple insurers and conflicting interests are involved.

The decision reiterates the basic principles of insurance coverage, notably the importance of reviewing the allegations in the claim against the wording of the policies to determine the duty to defend and allocation of defence costs. However, the Court of Appeal’s willingness to give little weight to the effect of the excess clause in the Lloyd's policy demonstrates that there is always substantial uncertainty in any dispute on coverage as to which policy provisions will be given full effect by the court. Where the allegations in a claim do not completely overlap with coverage afforded under the primary policy, the Court of Appeal has signalled it expects full and early participation of all insurers who may face exposure in the defence and settlement of those claims. As a result, clients can now expect to see more tenders for coverage and joint defence situations. 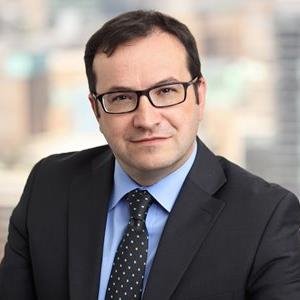