Enforcing an award against an insolvent company

An arbitral award is sufficient evidence to commence an insolvency involuntary proceeding against a debtor.[1]

With this case law a door has been opened to  an alternative remedy: securing the debt recognized under an arbitration award through insolvency proceedings, and use this course of action to push the debtor to eventually settle.

In this article, we will address:

Duration of an arbitration proceedings and the enforcement proceedings.

Arbitration is a very efficient way of resolving a dispute, particularly in international commercial disputes. One of the advantages that are commonly highlighted by those who advocate in favor of arbitration, us included, is that is time-efficient.

Even though an arbitration is regularly faster than a regular trial –particularly in those countries where pre-trial proceedings have a duration of more than one year, as well as in those countries, such as Mexico, where the parties have several layers of appeals at their disposal– an international arbitration may take more than one year to be resolved.

Once the final award is issued, the losing party may seek to set the award aside or oppose the winning party’s action to have it recognized and enforced.  In the case of Mexico, have a two instances constitutional appeal[2] which means that, after the award is issued, enforcement could take up to 3 years or even more.

Considering the duration of the arbitration and award enforcement proceedings, a claimant may have to wait up to 4 years to be able to obtain and enforce an award and during that time the debtor may no longer have assets to enforce said award. That is why the case law cited harnesses special practical importance, since it becomes a way to significantly reduce the enforcement wait time.

Phases of a Mexican insolvency proceeding.

Legal requirements for a creditor to file an involuntary insolvency proceeding.

According to a Supreme Court of Justice case law[3], involuntary insolvency lawsuits may only be admitted when the creditor provides evidence that the debtor meets one of the criterions provided for by article 11 of the LCM, which enunciate cases in which a debtor is presumed insolvent[4].

The “article 11” requirement that is generally the easiest to meet, is the existence of at least two overdue debts owed by the debtor (when a company is insolvent, it is not hard to find other creditors by using Court filings databases). The Collegiate Court’s decision opens the possibility for a creditor to commence an involuntary insolvency proceeding, proving its credit with an award that has still not been recognized by a Court.

So, Is a non-recognized award sufficient to prove the existence of a credit under the Commercial Insolvency Law?

In 2017, a Texan arbitral tribunal issued a final award in favor of a creditor, condemning a Mexican company to pay overdue bills due to a charter hire.

A few months after, the creditor filed an involuntary insolvency lawsuit against the Mexican company, along with another creditor that held a promissory note. The lawsuit was initially admitted, but after the debtor filed a motion to reconsider, the District Court dismissed the lawsuit, under the reasoning that the award –that had not been recognized yet– was insufficient evidence to prove the existence of an overdue credit.

Although the criteria of the Collegiate Court is not binding, such precedent assists creditors with an un-recognized award to enforce it against an insolvent debtor, before it is too late. Also, it is worth noting that the Collegiate Court treated foreign awards as if they were domestic awards, coherent with the New York Convention’s provisions.

Pros and cons of enforcing an award through an involuntary insolvency proceeding.

From the creditor’s perspective, the pros and cons of enforcing an award through an involuntary insolvency proceeding are the following:

[3] “INVOLUNTARY BANKRUPTCY PROCEEDINGS. FOR ITS ADMISSION IT IS NOT ENOUGH FOR THE CLAIMANT TO SIMPLY ASSERT AND FILE THE LAWSUIT, BUT ALSO IT IS REQUIRED TO DEMONSTRATE THE GENERALIZED BREACH OF THE MERCHANT'S PAYMENT OBLIGATIONS.” (Registry No. 176 356, 1a. CLXVIII/2005.). This case law, in our view, makes a wrong interpretation of the LCM, and accidentally created an admissibility requirement that District Courts have mis-used in order to reject involuntary insolvency lawsuits. When the LCM was enacted, this requirement did not exist, and Courts admitted creditor’s lawsuits without requiring them to prove, ab initio, the insolvency of the debtor; in our view, the bankruptcy system functioned better prior to this precedent. Even though this case law is not binding (it only has 4 instead of 5 precedents), District Courts usually apply it as if it were binding case law.

[4] Article 11.- It shall be assumed that a Merchant generally did not comply with the payment of its obligations when any of the following takes place:

I. Absence or insufficiency of goods to seize when securing an attachment in case of the non-compliance of a legal obligation or when intending to execute a judgment against the merchant with the quality of res judicata;

II. Non-compliance with the payment of obligations to two or more different creditors;

III. Hiding or being absent, without leaving someone in charge that can comply with the company’s administrative or operative obligations;

IV. In the same circumstances as in the previous case, the closing of the company's premises;

V. Resorting to fraudulent, fictitious, or ruinous practices to deal with or stop complying with its obligations;

VI. Non-compliance of pecuniary obligations contained in an agreement concluded in terms of Title Five of this Law, and,

VII. In any other cases of an analogous nature. 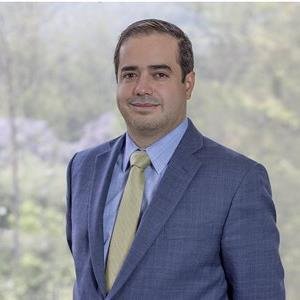