Construction projects rarely go exactly as planned. When issues are encountered, properly drafted construction contracts can provide roadmaps to working through the problems and successfully completing the project. But what happens when the issue is the contractor performing the work? An owner’s right to terminate a contract can arise in several ways. This article discusses the right to terminate a contract arising from a poor performance that amounts to a repudiation.

When the breach of an express or implied term in a contract occurs that deprives the innocent party of substantially the whole benefit envisioned by the agreement, the contract may be treated as repudiated and the innocent party has the right to terminate it: Photo Production Ltd. v. Securicor Tpt. Ltd., [1980] A.C. 827 (H.L.) at p. 849. Determining exactly which breaches rise to the level of repudiatory is a somewhat abstract concept and can be a complicated process.

Deficiencies are not enough

Mere defective work will not generally entitle an owner to terminate a contract (Argiris v. Calexico Holdings Inc., [1998] O.J.  No.  at para.  12). If, however, the contractor’s work is so defective that it amounts, in substance, to a failure or refusal to carry out the work, the contract may be treated as repudiated and the innocent party is free to terminate it: Castlewood Building Services Ltd. v. Garson, 1992 CarswellNS 294 at para 21. The distinction is between what would normally be called deficiencies versus faulty workmanship rising to the level of a breach of a core term in contract. Faulty workmanship encompasses an unsatisfactory physical effort or poor craftsmanship leading to a flawed and unacceptable end product: CIC Mining Corp. v. Saskatchewan Government Insurance, [1993] S.J. No. 181 at para 25. The workmanship must be so defective as to constitute a substantial default before the homeowner can treat the contract as repudiated: Bonilla v. Ciurariu, 2008 BCSC 925, at para 64.

The breach must go to the root of the contract

Repudiatory breaches in construction contracts can be established by showing significant structural defects or dangerous and unacceptable deficiencies. When a contractor is deemed to be incapable of performing the contract, deficiencies are said to be beyond the ability of the contractor to remedy and the contract is said to have lost its commercial value: Angus v. Pinalski, 1990 CarswellBC 700 (BCSC). This makes sense, as logic says that providing an opportunity to correct such defects would likely result in the incapable contractor continuing to cause further defects. However, not all repudiatory breaches are related to deficiencies. When a deadline provides that time is of the essence in the completion of a project, for example, excessive delays may be found to have deprived a party of the entire benefit he or she was to receive under the contract: Sanwo Enterprise Ltd. v. Huang 2018 BCSC 31. Here are some cases in which repudiatory breaches were either found or not found to have occurred in home construction projects:

Even though the court found that the estimated seven-month completion date in the contract did not expressly require strict compliance, the court inferred, based on the surrounding circumstances, that time had become of the essence in completion of the project and the contractor was found to have deprived the owner of the benefit she was to receive under the contract, despite the fact that she caused some of the delays herself.

Repudiatory breach was not established

The court in Jozsa concluded that, while there were several deficiencies in the contractor’s work, they were deficiencies that he should have been given the opportunity to remedy and likely would have remedied had he been able to complete the job. It held that the owner prematurely terminated the contract and, after setting off a small amount for deficient work against the contractor’s claim, ordered the owner to pay the contractor for the work completed.

Terminating a construction contract will not absolve an owner from paying for completed work. If you are an owner, frustrated by sub-standard or defective work by a contractor, the best course of action may be to document the deficiencies and provide reasonable access to the job site for the contractor to remedy them. However, if you have lost all confidence in a contractor to finish the work and you would like to end the relationship and move on, it’s important to carefully consider your circumstances and determine whether your right to terminate the contract for poor performance has accrued. 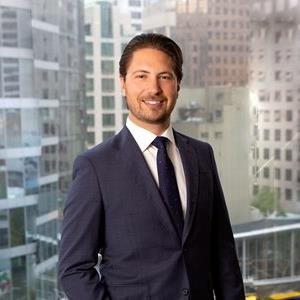