Additional Insured Coverage: Whose Operations are they Anyway?

Additional insured endorsements are a frequent source of litigation. Often the hurdle is establishing that you are an additional insured. However, that is not the end of the matter.

It is likely that you will also need to establish an "unbroken chain of causation" between your liability and the operations of the named insured as was recently highlighted in the Ontario Court of Appeal's recent decision in Sky Clean Energy Ltd. (Sky Solar (Canada) Ltd.) v. Economical Mutual Insurance Company[1]. This case underscores the importance of understanding the scope of coverage available.

In 2012, Sky Solar (Canada) Ltd., a developer of solar energy projects, entered into two contracts with Marnoch Electrical Services Inc., an electrical contracting company. Both contracts were stipulated price contracts based on the standard CCDC2 form of the Canadian Construction Documents. These contracts included a clause which required Marnoch to "provide, maintain and pay for" various types of insurance including:

Marnoch's general liability insurer authorized Marnoch's insurance broker to issue two certificates of insurance to Sky Solar confirming that it was entitled to coverage pursuant to an "Additional Insured Endorsement" in the policy, which provided that:

This insurance applies to those stated on the Declaration as “Additional Insureds” but only with respect to liability arising out of the operations of the Named Insured.[3]

The initial scope of Marnoch's work was limited to the installation of the solar power system that had been designed by Sky Solar using equipment they selected and sourced. Once construction was complete, Sky Solar sold the two solar power systems installed by Marnoch to Firelight Solar Limited Partnership.

In 2013, fires occurred which originated in the electrical transformers selected by Sky Solar. As a result, Firelight sought to recover its loss of revenue and remediation costs from Sky Solar. Sky Solar ultimately agreed to pay a total of approximately $592,000.00.

Following an unsuccessful arbitration against Marnoch based on a contractual indemnity and warranties given by Marnoch under the construction contracts, Sky Solar made a claim under the general liability policy in order to recover the amount paid to Firelight. The insurer denied coverage.

Following the denial, Sky Solar commenced an action against the insurer and Marnoch's insurance broker. The action was dismissed against both parties at trial.

With respect to the claim against the insurer specifically, the trial judge found that the design of the solar power systems, including the choice of the electrical transformer used, were Sky Solar's sole responsibility such that it’s liability did not "arise out of the operations" of Marnoch as required to engage coverage under the policy.

The trial judge observed that "the degree of proximity between the event giving rise to the liability of the additional insured and the operations of the named insured falls along a spectrum" and, in accordance with the British Columbia Court of Appeal's decision in Vernon Vipers Hockey Club v. Canadian Recreation Excellence (Vernon) Corp., 2012 BCCA 291, the phrase "arising out of" means more than simply a "but for" test and requires an "unbroken chain of causation" and "a connection that is more than merely incidental or fortuitious."

On appeal, Sky Solar argued that the trial judge adopted an unduly narrow construction of the phrase "arising out of the operations". The Court of Appeal rejected this submission and held that the trial judge properly followed the interpretation of the phrase "arising out of" set out by the British Columbia Court of Appeal in Vernon.

The Court of Appeal explained that requiring an "unbroken chain of causation" and a connection that is more than "merely incidental or fortuitious" between the liability of the additional insured and the named insured's operations provides certainty and predictability for all parties. It was also considered to be consistent with the reasonable expectations of the parties to the construction contract and that of their liability insurers. 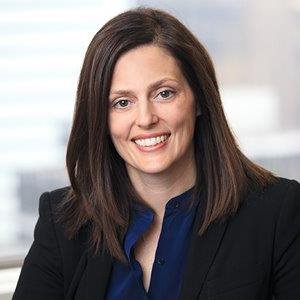