As explained in our article circulated on 15 October 2020, the first essential step to take with a recovery is to protect any time-bars that have been identified. The next step, intrinsically linked to the first, is to identify viable recovery targets.

There are a number of things to bear in mind when identifying recovery targets all of which tie into issues such as title to sue, the contract of carriage, security and jurisdictional concerns, and are discussed in the subsequent articles/segments to this series. However, this segment focuses on:-

(i) why identifying recovery targets is important;

(ii) the distinction between forwarders and carriers;

(iii) how claims can be directed at parties who are not the contractual carrier; and

Why identifying recovery targets is important

Dealing first with the matter of why it is important to identify recovery targets, there are two points to make.  The first point is that it is only possible to take vital steps to protect your claim if the correct parties are identified. Taking steps to pursue the wrong party can end up wasting time and money and, if such an error is not discovered in time, this can result in your claim becoming time-barred against the correct party!

Where the circumstances give rise to a number of different potential recovery targets, this allows you to evaluate the merits, costs and risks associated with each option and select the most favourable or advantageous to you. For instance, one target may be able to take advantage of a less harsh limitation regime or may be domiciled in a less favourable jurisdiction. It is also important to bear in mind that it is also possible to claim against multiple parties, which is particularly useful in circumstances where you will not be able to recover the full amount from one party alone.

An important pitfall to keep in mind relates to the difference between a "carrier" and a mere "agent".  This distinction is important because if your insured has made a booking through a freight forwarder, the forwarder may have contracted with your insured either as a carrier in their own right or as a forwarding agent. Where a forwarder acts as an agent, it will contract with the actual carrier on behalf of its principal (i.e., your insured).

Under English law, it is extremely difficult to pursue a recovery against a forwarding agent. As such, a forwarding agent is not a viable target against which a successful recovery claim can be made. It is therefore imperative that the identity of the true carrier is determined.

This is less of a concern where a Bill of Lading or CMR note has been issued granting your Insured title to sue under that document (discussed further in the "Title to Sue" segment of this series), as the Bill of Lading/CMR is prima facie evidence that the issuer has contracted as a carrier.

However, where there is no Bill of Lading or CMR note, it is vital that you identify whether the party with whom your insured has contracted is in fact a carrier or a mere agent.  Under such circumstances, it is often the case that the cargo documentation initially provided (such as invoices or booking notes) will have been issued by the freight forwarder. This often leads to the freight forwarder being identified as the prime recovery target and steps to protect time and advance the claim are directed towards the freight forwarder.

In order to avoid the potential pitfall of suing a forwarder who is a mere agent, it is helpful to consider the approach a Court would take in relation to this issue. English case law distinguishes forwarders who are carriers from those who are mere agents by looking at the overall impression that can be taken from the arrangement between the parties and looks at the construction of the cargo documentation. In particular, a Court will look at a number of factors when considering whether the parties intended for the forwarder to be treated as an agent or a principal.

One such factor is whether the forwarder stated that they would arrange the carriage or whether they stated that they would perform the transport. Email footers and wording at the bottom of cargo documentation invoices stating "as agents only" or words to a similar effect can also be an indication that a forwarder is contracting as an agent only. Another important factor is what the forwarder has agreed to charge its client, namely whether it will or has charged freight or alternatively an arrangement fee.

It is also possible to bring a claim independently of the contract of carriage in either tort or sub-bailment. The non-contractual causes of action most commonly encountered in a bill of lading context are those alleging negligence, breach of duty as bailee and wrongful interference with goods/conversion.

For the purposes of this article, we will consider pursuing claims in bailment and sub-bailment. A bailee of goods is a person who (normally) takes voluntarily another person's goods into his custody. Bailment may arise pursuant to a contract, but the creating of the relationship is not dependent on the existence of a contract. A Non Vessel Owning Common Carrier (NVOCC) may then sub-bail goods to another party. The sub-bailee would then owe obligations of a bailee to the original bailee on the terms of sub-bailment and also to the bailor.

One such practical example is where a NVOCC issues a Bill of Lading. Typically, a NVOCC will be a carrier with very few assets, meaning that it may be difficult to pursue a recovery against this entity.  In this situation, it may be the case that suing only this party would be suing the wrong party as the chances of enforcing a judgment against a NVOCC would be slim. In many cases, the sub-bailee will be a carrier with more substantial assets than the NVOCC, which therefore makes the latter a better prospect for pursuing a recovery against. This means that it is possible to pursue the claim in tort and/or sub-bailment against an entity where there are better chances of making a recovery than those available contractually.

It is often possible to name both the contractual carrier and the bailee in any course of action and this is often advisable given that it increases the likelihood of being able to make a full recovery. However, where this may not be possible, it is important to consider whether the better recovery target lies under the underlying contract of carriage or in tort and/or sub-bailment.

Although very much a topic in its own right and to be covered in a future article, it is worth mentioning briefly that an important factor in pursuing a target is where in the world it is based/domiciled. This invariably involves a combination of the legal regime which would apply to the claim (for example, whether one of the international cargo conventions would apply automatically or contractually, or alternatively local domestic legislation) and the legal system (in the sense of the courts or tribunals who would hear and determine the claim). In our experience, there are considerable juridical advantages to be gained by embarking on some "forum shopping" and doing some due diligence beforehand in order to identify advantages and pitfalls associated with a particular jurisdiction.

The above highlights the importance of identifying quickly the different parties against whom you can bring a claim in order to protect all rights of recovery and ensure that you select the most favourable target(s) in order to maximise the recovery. 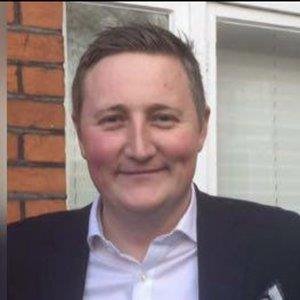