When a claim arises, it is always important to consider obtaining security to maximise the chances of making a recovery. Even in respect of relatively small claims, the reality is that if there is no security for the claim, there will likely be no recovery.

Why is Security important?

A claimant may succeed in obtaining an arbitration award or a court judgment, but without adequate security this could be a pyrrhic victory. The ship itself is of course a moving target and the claimant could still be faced with the cost and uncertainty of enforcement proceedings in the jurisdiction where the shipowner is domiciled.  Furthermore, a shipowner may operate his fleet through an array of opaque one ship "brass plate" companies, in jurisdictions such as Liberia or Panama, in order to minimise the assets against which enforcement might be made.

Most shipowners will have P&I insurance but the P&I Club may very likely rely on the “Pay to be Paid” Clause in their Rule Book, meaning that they are only obliged to reimburse the shipowner once the shipowner has already paid the settlement to the claimant. This means that if the ship is sold and the brass plate company has no assets, the claimant has no direct right of action against the P&I Club, most of which will be unwilling to settle claims unless they have been forced to put up security first.

For these reasons it is essential to ensure that security is obtained early on to ensure certainty of payment for any recovery claims brought against shipowners.

There are several ways to obtain security, but perhaps the most effective weapon available to a claimant is the right to arrest the carrying ship, a sister ship, or in some jurisdictions, an associated ship.  Often the mere threat of an arrest will be enough to persuade the shipowner, or their P&I Club, to put up security for the claim voluntarily, rather than suffer the inconvenience and cost of an arrest.

If it is not possible to arrest the ship on which the cargo loss/damage arose, you can instead arrest a sister ship, ie one in the same ownership as the carrying ship. However, a sister ship arrest is often not possible given the widespread practice of owning ships through one-ship brass plate companies. This means that if the carrying vessel sinks, is sold or scrapped, or simply trades between jurisdictions that are unattractive (in terms of counter-security, formalities or exposure to counter-claims) from an arrest point of view, the claimant is often powerless to obtain security for the claim by arresting another ship within the shipowner's fleet that is not in the same registered ownership.

Another option is to bring 'in personam' proceedings against a shipowner to obtain a freezing order over their assets, including for example over the ship's hull insurance proceeds. This option is useful in major accident cases, particularly when the carrying vessel may have sunk and/or become a total loss. To do this, a claimant must establish that it has an existing cause of action against the shipowner, with a good arguable case and that there is a real risk of dissipation of the shipowner's assets (such as hull and machinery proceeds or the proceeds of sale of the ship) that will render any award/judgment unenforceable.

Security can be put up by way of a bank guarantee issued by a first class bank, a payment into court, or the most common form of security, a P&I Club Letter of Undertaking (LOU).

The contract or contracts of carriage under which the claim to be secured arises, should be identified in the heading of the LOU.  If there is more than one contract, such as a Charterparty as well as a Bill of Lading, the LOU should state if it is intended to secure each contractual claim by the same LOU. The claim should be defined as precisely as possible and salvage indemnity claims should be distinguished from claims for loss of and/or damage to cargo etc.  Wherever possible, the amount of security should be expressed as a principal sum plus interest and costs.

The LOU should also include a warranty that the ship was not demise chartered at any material time, as the P&I Club is in a better position than the claimant to ascertain this.  If a Club refuses to do this and is prepared only to warrant that they have been informed by their member as to the demise charter position, then it is a good idea to obtain a side letter from the shipowner including such a warranty.

It is also a good idea to include a provision in the LOU stating that the P&I Club is irrevocably authorised to accept service of proceedings or arbitration notices on behalf of the shipowner/carrier, or that they will appoint solicitors to accept service within 14 days of a request to do so.

It is worth mentioning here that it may not be safe to accept an LOU from all P&I Clubs as security for a claim, but provided the Club is a member of the International Group of P&I Clubs, which between them provide cover for the majority of the world’s ocean-going tonnage, the LOU is generally acceptable. 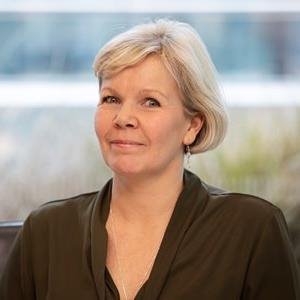