Accountants’ liability in Germany will skyrocket in 2021

The Wirecard scandal has prompted the German government to overhaul financial regulation and it has published a draft bill which outlines plans to make auditors more accountable and independent.

Under the plans, BaFin – the German financial regulator – will be given more powers to launch investigations into suspected accounting fraud. Additionally, and of particular relevance to insurers, the government plans will extend liability for professional errors.

Up until now, accountants in Germany only faced unlimited liability for intentional breach of duty, while damages for other types of mistakes have been capped at €4 million when auditing listed stock corporations. Under the proposed plans, the cap for ordinary negligence would be raised to €20 million, while the upper limit for gross negligence would be abolished completely.

Should the plans be passed – and there is every indication that they will be, given the political and public desire to prevent another financial scandal –  accountants will be forced to increase the limits on their professional liability insurance. Given insurers need to provide minimum limits per loss for each and every claim, if the liability caps are increased, claims will become more costly to settle, limits will have to rise and insurers will need to find more capacity.

These developments are taking place against a legal background that has become increasingly litigious since the so-called Dieselgate case involving auto manufacturer VW and the CumEx tax fraud scheme, which have led to the rise of a greater number of representative actions. There is now a new model declaratory action in Germany, and the EU has just adopted plans for a directive bringing a new representative action as another form of collective redress. This may add to the general trend that we are seeing more claims being brought against auditors and accountants.

There is no sign that this trend is set to reverse. The onset of tougher regulation that is more stringently enforced in an environment where people are increasingly quick to litigate means accountants will face a greater number of larger claims on a more frequent basis. Insurers will need to recalibrate their appetite and offerings to the German market. They will also need to work out how the need for higher local limits in Germany will affect those operating multinational programs. It is possible that this is the thin end of the wedge if other European states follow Germany's approach and also introduce more stringent financial regulation in markets across the region. 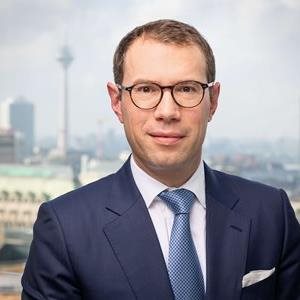