Aggregation under the SRA minimum terms and conditions (MTC): Baines and others v Dixon Coles and Gill (A Firm) EWHC 2809 (Ch)

The High Court has held that separate claims brought against the firm ("DCG"), which arose from multiple misappropriations by one of the partners, could not be aggregated under the firm's professional indemnity insurance ("PII"). The judgment provides useful guidance on the interpretation of the MTC aggregation clause, in particular that the dishonest intention and the means of misappropriation are not sufficient unifying factors.

In 2015, it was discovered that Mrs Box, an equity partner of DCG, had been misappropriating funds, in excess of £4m, from client accounts for a number of years, engaging in 'teeming and lading' which is the use of multiple bank accounts or ledgers to hide the fraudulent removal of funds by falsifying accounting entries. She was sentenced to jail and the firm was closed by the SRA.

Various claims were brought against DCG arising from the conduct of Mrs Box. The first group of claimants sought, amongst other things, a declaration that the claims of the various affected clients should not be aggregated under the PII, thus resulting in £2m of available cover per claim. A second set of claimants sought a similar declaration.

Solicitors are required to have PII and clause 2.1 of the MTC provides "The sum insured for any one claim (exclusive of defence costs) must be...at least £2 million". Clauses 2.5(a)(i) and (ii), which were considered in this case, define 'one claim' as: "(a) all claims against any one or more insured arising from: (i) one act or omission; (ii) one series of related acts or omissions…"

When determining how to construe the meaning of 'one claim', HHJ Saffman, referring to AIG Ltd v Woodman and others [2017] UKSC 18, said it was necessary to construe the meaning in accordance with ordinary principles of construction and that the interpretation of the clause was to be done on a neutral, objective basis taking into consideration all matters. He identified that an aggregation clause could operate both in favour and against the interests of an insured firm.

One act or omission

HHJ Saffman could not see how the actions of Mrs Box, perpetrated over a number of years could be seen to be one act. The intention may have been the same (i.e. to misappropriate the maximum amount of funds) but each theft must be considered a different act. He was also of the view that each misappropriation was a separate breach of rule 7 of the Solicitors Accounts Rules. Rule 7.2 refers to 'breaches' and this demonstrated that it was expected that multiple misappropriations would constitute multiple breaches and, thus, multiple claims.

A series of related acts of omissions

HHJ Saffman referred to Lloyds TSB General Insurance Holdings Limited v Lloyds Bank Group Insurance Co Ltd [2003] 4 All ER 43, where the House of Lords interpreted the phrase to be limited to acts or omissions which "together resulted in each of the claims". In that case, the proximate cause of the claims was the bad advice that each client received – the salesman having been inadequately trained was not sufficient as a unifying factor to aggregate the claims. HHJ Saffman also referred to the AIG case, where "related" implied there must be some interconnection between the matters or transactions in the sense that they must in some way fit together (AIG was considering clause 2.5(a)(iv) and not clause 2.5(a)(ii), as here, though the Judge thought the analysis transferable). Applying this, the Judge determined that he did not consider the way that Mrs Box concealed her "nefarious activities" via the extensive teeming or lading to be a unifying factor. Nor was her dishonesty an "act" which could connect the thefts. The financial losses were caused by the thefts, which he considered were "separate and unconnected".

Notwithstanding the House of Lords decision in Lloyds TSB, which was seen at the time as providing significant clarification, aggregation remains the cause of regular disputes. As this case again demonstrates, each claim will turn upon its facts and the interpretation of the clause can cut both ways – for example, it may be in an insured firm's favour if it means just one retention is payable for multiple claims, but, alternatively, if the claims do not aggregate they may be able to benefit from a limit "per claim" (up to any aggregate limit). In this case, the interpretation favoured the law firm (and the underlying claimants) who now have a per claim limit of £2m. Further, the Court's analysis of the aggregation clause in the MTC is of interest, especially that the thefts were the relevant "acts" and the dishonesty of Mrs Box, and the way she perpetrated the various misappropriations, could not act as the unifying factor to allow the claims to be aggregated. This is a fairly narrow approach taken by the Court.

Although we have not covered it in this article, the judgment also provides helpful guidance on the key issues to consider when there are claims against innocent partners arising from the fraudulent acts of a dishonest partner. The Court followed the House of Lords decision in Dubai Aluminium Co Limited v Salaam [2003] 2 AC 366 in finding that it is necessary for claimants to demonstrate that the dishonest acts were carried out in the ordinary course of the firm's business and so the innocent partners should be liable for them pursuant to the Partnership Act 1890. 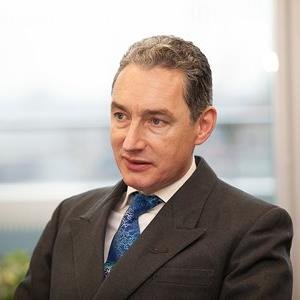