The Supreme Court has handed down a judgment today in favour of Chubb Bermuda ("Chubb")who opposed a challenge brought by Halliburton Company ("Halliburton") seeking to remove a third arbitrator on the basis of an alleged appearance of impartiality, by reason of his having accepted appointments in multiple related references.  Chubb was represented by Clyde & Co’s Bermuda Form insurance team led by Michael Payton QC (Hon), Emma Ager and Rosehana Amin.

In Halliburton Company v Chubb Bermuda Insurance Ltd [2020] UKSC 48, the Supreme Court has clarified the issue of whether the conduct of an arbitrator who accepts appointments in multiple references concerning the same or overlapping subject matter gives rise to the appearance of bias and, further, whether disclosure to the parties is required in those circumstances.  Halliburton, appealed the judgment of Mr Justice Popplewell at First Instance in H v L & Ors [2017] EWHC 137 (Comm) and the Court of Appeal judgment in Halliburton Company v Chubb Bermuda Insurance Ltd & Others [2018] EWCA Civ 817.

The Supreme Court unanimously dismissed the appeal. The arbitrator whose decision was challenged was Kenneth Rokison QC and the Court noted his long-established reputation for integrity and impartiality.  It was also common ground between the parties that the failure to disclose was innocent and inadvertent.  The Court found that the fair-minded and informed observer would not infer from Mr Rokison's failure to disclose his appointments in subsequent related references that there was a real possibility of apparent unconscious bias, particularly given the circumstances of the case and the fact that the extent of the overlap between the references was limited.  In doing so, the Court restated that the test under s.24 of the Arbitration Act 1996 ("the Arbitration Act") is the common law test of apparent bias, which falls to be determined on the specific facts of an individual case. However, the Court did establish that arbitrators have a legal duty to disclose facts or circumstances that might reasonably give rise to the appearance of bias, unless otherwise agreed between the parties.  The Court was keen to emphasise that the analysis is fact specific and that the agreement between the parties can be either express or implied.  The Court made specific reference to practices or customs within certain markets which do not require disclosure of acceptance of multiple appointments, for example GAFTA and LMAA.

The arbitration between Halliburton and Chubb commenced in January 2015 and concerned a claim under a liability insurance policy arising from the explosion and fire on the Deepwater Horizon oil rig in the Gulf of Mexico on 20 April 2010 ("Reference 1").

Halliburton learned of Mr Rokison's appointment in References 2 and 3 in November 2016 and wrote to him raising its concerns.  Halliburton then commenced proceedings in the High Court seeking an order under section 24(1)(a) of the Arbitration Act  that Mr Rokison QC be removed as an arbitrator.

Mr Justice Popplewell, at first instance, concluded that the claimant could not rely on the IBA Guidelines on Conflicts of Interest in International Arbitration, since they do not represent the English law of apparent bias. Mr Justice Popplewell held that even if disclosure ought to have been made, the failure to do so did not give rise to a real possibility of apparent bias against Halliburton.

The Court of Appeal agreed with Mr Justice Popplewell that the fair-minded and informed observer, having considered the facts, would not conclude that there was a real possibility that Mr Rokison was biased.  The Court of Appeal held that the test for apparent bias is an objective test.  In deciding whether unfairness arises, it was held that, while inside information and knowledge may be a legitimate concern for the parties in overlapping arbitrations involving a common arbitrator but only one common party, it does not of itself justify an inference of apparent bias.  Something more is required and that must be something of substance.

On the specific facts of the case, the Court of Appeal found that:

Halliburton appealed to the Supreme Court.  Various interveners also made submissions to the Court.  The LCIA and ICC expressed concern that the test set by the Court of Appeal was not sufficiently strict compared with international norms.  They argued that, depending on the facts of a particular arbitration, multiple references concerning the same or overlapping subject matter with only one common party could give rise to the appearance of bias.  In contrast, GAFTA and LMAA noted it was common in their area for the same arbitrator to be appointed in multiple disputes involving common issues of law or fact.

On 27 November 2020, the Supreme Court ruled that, having regard to the circumstances known to the Court at the date of the hearing at first instance (January 2017), which it held was the relevant point in time, it was not persuaded that the fair-minded and informed observer would infer that the oversight in disclosing References 2 and 3 to Halliburton would have given rise to a real possibility of apparent bias.  The Court thereby agreed with the Court of Appeal and first instance decisions, but provided different reasoning.

The Supreme Court found that, where an arbitrator accepts appointments in multiple references relating to the same or overlapping subject matter where there is only one common party, this may, depending on the custom and practice for that field of arbitration, give rise to an appearance of bias.  Further, they found that an arbitrator may only accept multiple references without making disclosure to the non-common party where this is not required in a particular field of arbitration.  Otherwise, disclosure is necessary and must identify the common party without requiring the express consent of the parties, absent agreement to the contrary.

The key principles arising from the Supreme Court’s decision are that:

This decision confirms that, in order to establish apparent bias under s.24 of the Act, the test is considered objectively and the IBA Guidelines (which can be more onerous) do not form part of English law.  The Supreme Court's decision has brought greater clarity to the law in terms of addressing the "something more required" set out by the Court of Appeal.  The courts will also adopt a pragmatic approach where there is likely to be only a narrow field of suitable arbitrators to choose from, having drawn distinctions between different types of arbitrations where multiple appointments are more common, a distintion that is likely to satisfy different interest groups.

The decision reinforces the recent trend in the English courts that it is difficult to argue bias absent cogent evidence.  The Supreme Court also maintains the court's flexibility in terms of identifying the sorts of circumstances that may satisfy the appearance of bias.  However, to avoid justifiable doubts as to impartiality, arbitrators should always give disclosure of appointments in related and overlapping arbitrations.

The Supreme Court has also developed the English law of arbitration by confirming that disclosure is not only a matter of good practice but is an actual legal duty. In recognising this legal duty, the Court acknowledged that the ICC, LCIA and CIArb, who all intervened in the proceedings, argued in favour of the recognition of such a legal duty. The finding of such a duty is linked to the duty to be impartial bringing greater certainty and guidance to arbitrators and the legal community more widely.

The Court confirmed that there is no distinction between party-appointed arbitrators and the chair in terms of the duty to be impartial.  This is a welcome clarification given the different standards internationally on this issue.  Clyde & Co notes that having regard to the custom and practices of arbitration in the insurance industry, it is common for both insurers and, in particular, insureds alike to appoint the same arbitrator across the insurance tower.  This was highlighted in the particular facts of this case where Professor Park, Halliburton's party-appointed arbitrator, was appointed by Halliburton in multiple arbitrations with its insurers.

The Court has preserved the integrity of English arbitration and the twin pillars of confidentiality and fairness with a thoughtful analysis of the issues that maintains the central importance of impartiality in English arbitrations, whilst remaining alive to the practical issues arising in particular circumstances and on particular facts. 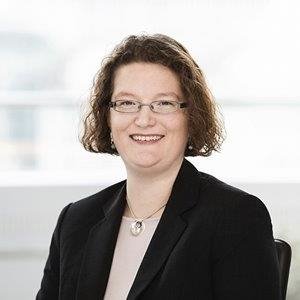 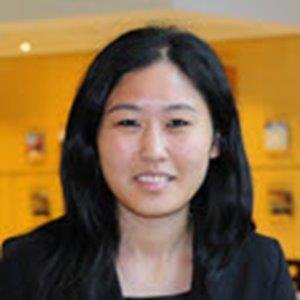