An interesting issue regarding the entitlement to payment of defence costs under a Broadform Liability Policy was considered by the Federal Court in Evolution Pre-cast Systems Pty Ltd v Chubb Insurance Australia Limited [2020] FCA 1690. The issue for the court to determine was whether Chubb was obliged to pay defence costs before there had been a judicial determination of Chubb's obligation to indemnify under the policy.

Evolution is one of the subcontractors involved in the Opal Tower Development at Sydney Olympic Park. As part of the development, Evolution was subcontracted by Icon Co (NSW) Pty Ltd, the design and construct contractor, to provide pre-cast concrete works, including design, manufacture and installation services for pre-cast wall panels in relation to the development. It has been widely published that in 2018 cracking was observed in the building's internal concrete support wall, leading to an evacuation of residents and a significant repair bill.

In 2019 two legal proceedings were commenced in the Supreme Court of NSW. The first on behalf of the developer, AA Developments and its parent company, Ecove Pty Ltd, the second, a class action by the owners of units in the development. WSP Structures Pty Ltd, the structural engineers engaged by Icon was joined as a defendant in both proceedings. Evolution was joined by both Icon and WSP as a cross defendant in both proceedings.

Evolution sought indemnity from Chubb under its policy for defence costs to defend both proceedings. Chubb accepted that the cross claims fell within the broad ambit of the insuring clause, but denied indemnity on the basis that the claims were excluded by the professional liability exclusion.

The policy contained the following extension for Defence Costs:

In respect of any liability for Compensation indemnifiable under this Policy, Chubb will pay Defence Costs, subject to the following:

Defence costs was defined as follows:

All reasonable legal costs and expenses incurred by Chubb or by the Insured with the written agreement of Chubb:

The issue between Evolution and Chubb was heard as a separate question.

Chubb acknowledged that while the Defence Costs clause may operate when a claim is brought against Evolution, if it comes within the insuring clause, the claim must be considered within the context of the policy as a whole and any exclusion clauses, in this case, the professional liability exclusion. Chubb further submitted that the text of the policy provided no additional obligation to meet Evolution's legal expenses pending any adjudication of the application of the exclusion clause.

Evolution argued that the Defence Costs clause commenced to have effect when a claim was made against it which, if it were successful, would be within the scope of the insuring clause. The existence of the claims was sufficient to trigger Chubb's obligation to pay defence costs which continued until judicial determination that the professional indemnity exclusion applied to exclude the claims.

Justice Derrington accepted Chubb's interpretation of the policy and rejected the claim for payment of defence costs in advance of the exclusion clause being judicially determined.

In coming to that conclusion, her Honour considered that the use of the word 'indemnifiable' in clause 4.1 was the touchstone for Chubb's obligation to pay defence costs and the obligation arises for only those claims which come within the insuring clause and are not excluded.

Evolution relied on the definition of Defence Costs read together with clause 4.1 to argue that Chubb was required to pay its defence costs until there was a court determination that the exclusion applied. Justice Derrington accepted that under clause 4.1 Chubb was required to pay defence costs as they were incurred but that the temporal operation of the clause did not require Chubb to pay defence costs when the obligation to indemnify had not been established. Her Honour considered that merely identifying these temporal indicators did not create any additional obligations. This point was strengthened, according to the court, by the fact the policy did not:

Analysis and Take Away

On 8 December 2020, Evolution filed an appeal to the Federal Court of Australia. Clyde & Co will provide an ongoing update as this matter develops. 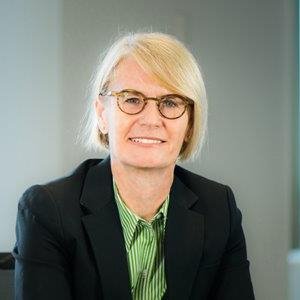