The recent case of Stephen William Cook & Anor v Sirius International Insurance Corporation Australian Branch & Anor [2020] NSWSC 1631 provides a helpful reminder that, despite the potential imposition of criminal culpability, the Supreme Court of NSW will still make findings of fraud against insureds if provided with sufficient evidence. The decision should provide a timely reminder of this fact at a time when many small businesses are struggling in the wake of the COVID-19 pandemic. Clyde & Co's David Lee and Lucinda Stormont-Sainsbury successfully represented insurers in this case.

Sirius and certain London underwriters (Insurers) were the ISR insurers of the Town and Country Hotel in Cowra which was owned by SW & CM Cook Investments Pty Ltd (Cook Investments), of which husband and wife Stephen and Christine Cook were the directors.

The Cooks had purchased the Hotel business in 2007 for around AUD3.5 million, primarily using borrowed funds. Their initial intention had been for the Hotel to be operated as a family business and for them to run it along with their two children. This arrangement was short-lived and Mr Cook undertook the lion's share of managing the business which encompassed a hotel bar, a restaurant and dining room, an upstairs function room, a TAB and gaming room as well as a separate 35 room motel complex.

The business was financially unsuccessful to the extent that, in 2009, one of the financiers had already determined that it would not extend its loan to the Cooks when it fell due in three years' time. Against a backdrop of the Global Financial Crisis, locating replacement finance proved difficult and Mr Cook's solo management of the business becoming increasingly untenable, the Cooks decided to sell the business.

Initially listed for AUD3.5m, the Cooks risked losing their family home in the event of a shortfall due to personal guarantees they had given to financiers on purchasing the business. Despite decreasing the purchase price and engaging a broker, no serious offers were received in 13 months.

Then, on 7 September 2010, the Hotel was burnt to the ground when two separate sets of fire were set in the Hotel.

Following Insurers' investigations into the circumstances surrounding the fire, including its cause and origin, Insurers declined indemnity under the ISR policy on the basis of arson fraud on the part of Mr Cook. The declinature took place in 2011 but it was not until one day prior to the limitation period expiring that the Cooks commenced proceedings against Insurers in the Supreme Court of New South Wales.

"If the Building or Stock or Contents as described in the Schedule or any part thereof, and which are at the Situation shown in the Schedule, are lost, destroyed or damaged as a result of any of the Events referred to then We will indemnify you for the value of the property at the time of the Event, or pay You the costs of reinstating the damaged property, or We may, at Our option repair, reinstate or replace that property or any part of that property."

However, it also contained an exclusion clause entitled 'General Exclusion (1)(i)', on which Insurers relied when declining cover:

"1. This Certificate does not provide cover for loss, damage, destruction or liability directly or indirectly occasioned by or happening through or in consequence of:

Where the parties were agreed on the operation of the ISR policy itself, this left a central issue for determination. Namely, whether Mr Cook lit the fires and, if so, whether he did so deliberately and was fraudulently seeking to claim on the insurance.

This shifted the burden of proof from the Plaintiffs to the Defendants and it fell to Insurers to prove their Defence in the first instance. The Cooks' submissions duly emphasised the circumstantial nature and severity of the allegations, and the heightened evidential threshold that Insurers would need to meet to prove their case in turn. This was coupled with factors ancillary to the forensic evidence on which Insurers relied, including encouraging Ward J to draw inferences as to Mr Cook's character based on his previous role as a police detective.

Insurers countered by adopting a more nuanced approach whereby, while the gravity of the matters alleged was conceded as a necessary consideration, it was not incumbent on Insurers to negate, beyond reasonable doubt, all possibilities other than fraud by Mr Cook. Instead, it was submitted that Insurers need only persuade the Court that Mr Cook lit the fires on the balance of probabilities and with regard to all the circumstances of the fire taken together.

In so submitting, Insurers relied on principles described in Palmer v Dolman [2005] NSWCA 361 as sufficient for determining "in a civil case, whether circumstantial evidence leads to an inference of fraud”. For, in lieu of anyone having witnessed Mr Cook lighting the fires at his own property, there remained a possibility that the forensic evidence obtained could have been circumstantial.

Insurers relied on a weight of factual evidence which they submitted evidenced two matters which could have been fatal to the Cooks’ arguments against the allegation of arson, namely:

The matter was listed for trial before Julie Ward, Chief Judge in Equity of the Supreme Court of New South Wales. Her Honour delivered judgement on 17 November 2020 and found for Insurers. Ward J accepted Insurers submissions both with regard to the appropriate evidential threshold as well as this threshold being met by the factual evidence relied on by Insurers.

Her Honour went as far as to brand the hypothetical counter-scenarios submitted by the Plaintiffs as "extraordinary" and "inherently implausible". Even with due regard for the severity of allegations of fraud, Her Honour was persuaded that sufficient factual evidence had been submitted to establish that, on the balance of probabilities and having regard to all circumstances, the seeds of fire were lit by or with the governance of Mr Cook.

This was particularly notable where he was a former police officer and allegations of fraud naturally challenge personal integrity.

In the last 20 years or so very few arson fraud defences have proceeded to trial for various reasons, including that advances in the science surrounding cause and origin have become more complex.

One of the significant features of the outcome of the matter is that it affirmed that the Court, when given necessary and sufficient evidence, will make findings of fraud in full knowledge of the criminal culpability that may follow. Particularly interesting is the fact that that this is still the case where motive is not irrefutable.

The matter is also a reminder of the three corners of the triangle concerning an Arson Fraud Defence i.e. motive, opportunity and deliberate fire. Serving of expert evidence was marshalled in relation to both motive and opportunity and Ward J's judgement confirmed that no one corner would be determinative, particularly motive in and of itself.

For the Defendant:      Julian Sexton SC with James Lee 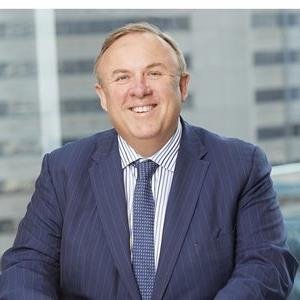 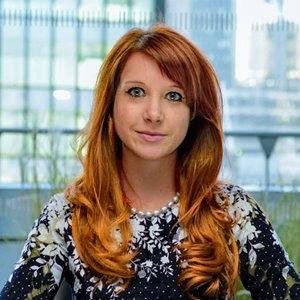