Does the “bad apple” fall far from the tree? Interventionist court ordered remediation programmes have arrived

A seminal first instance decision was delivered by the Federal Court of Australia on 5 February 2020, in Australian Securities & Investments Commission v AMP Financial Planning Pty Ltd (No 2) [2020] FCA 69. It demonstrates how far reaching the Court's powers are when making orders it considers appropriate in the circumstances of a particular case, with this matter concerning the Court's imposition of and ultimate oversight of a Court ordered remediation programme.

In this context, Australian financial services licensees (AFSLs) have a general obligation to provide efficient, honest and fair financial services. If AFSLs provide financial services to retail clients, they must also have arrangements for compensating those clients for breaches of Ch 7 of the Corporations Act 2001 (Corporations Act) and hold PI insurance that is adequate to cover that compensation. ASIC’s 2015 guidance on remediation programmes is broadly set out in ASIC Regulatory Guide 256 (RG 256). In 2019, ASIC commenced an internal review of RG 256. By way of update in June 2020, ASIC confirmed that it will consult on RG 256 with the possibility of extending it beyond financial advice (for example, to insurers, superannuation funds and fund managers).[1]

ASIC commenced civil penalty proceedings against AMP Financial Planning (AMPFP) for alleged failures relating to insurance advice. This action followed a “bad apple” report from AMPFP to ASIC in November 2014 of what had been characterised as an isolated incident involving one particular adviser, but ultimately turned out to be a broader problem.

The proceeding was concerned with the practice of insurance "switching" or "churning". This involved representatives of AMPFP, an advice licensee of AMP Limited (AMP), advising retail customers to replace their existing life insurance policies underwritten by AMP Life Limited (AMP Life) with replacement policies. That process may have exposed the clients to a number of underwriting risks and detriments (such as the imposition of policy exclusions or loadings that were not in existence on the original cover). The advisers generated higher commissions through this rewriting conduct.

AMPFP was ordered to pay AUD5.175 million as a penalty (i.e. a fine) after the Federal Court found that it failed to take reasonable steps to ensure its financial planners complied with the best interests duty and related obligations under the Corporations Act. The penalty could have been much higher, with ASIC contending that AMPFP had contravened the Corporations Act as many as 120 times. The penalty was imposed under the previous softer regime where the maximum penalty for each contravention was AUD1 million. Penalties have since increased after legislation was introduced in March 2019 for conduct occurring from that date. The maximum civil penalty for companies is now the greater of: (a) 50,000 penalty units (currently AUD11.1 million); (b) three times the benefit obtained and detriment avoided; or (c) 10% of annual turnover, capped at 2.5 million penalty units (currently AUD555 million).

When approaching advice remediation, RG 256 states that the basis for any remediation is the loss or detriment suffered by the customer. Significantly, the Court made a number of robust orders under section 1101B of the Corporations Act[2] requiring, among other things, that AMPFP implement a specified remediation programme in relation to customers affected by the particular conduct. The orders extend to payment of both monetary compensation and also non-monetary remediation aimed at restoring affected customers to the position they would have been in had their original life insurance cover not been churned (i.e. by engaging with the policy issuer to unwind the detrimental conditions or terms that had been imposed by the switching). As was noted by the trial judge, his Honour Justice Lee, the touchstone is whether such an order “is necessary in light of the particular circumstances of the contravention, other relief proposed to be granted, and in particular in light of any existing compliance programme and steps taken since the contravention occurred”.

Although AMPFP was the only respondent, the case also raised interesting issues of conflicted remuneration and vertical integration within an integrated financial business. The allegations related to the commission model that was in place for the sale of AMP Life products that were facilitated by the authorised representative of AMPFP; with both entities part of the "AMP Group". AMP is not alone in this respect, with a renewed focus on conflicts in the institutionally owned advice industry which was highly criticised during the Australian Financial Services Royal Commission and the recent move by major Australian banks to dismantle vertical integration.

The matter has not yet concluded. It will not do so until completion of the Court ordered remediation programme by AMPFP and the Court being satisfied that the remediation has been carried out appropriately. However, it is an indication of the way in which the Courts may approach these matters in the fallout from the Financial Services Royal Commission moving forward.

2. Section 1101B is a provision which provides the Court with a wide discretion, and subsection 1101B(4) includes a non-exhaustive list of examples of the types of orders that can be made. 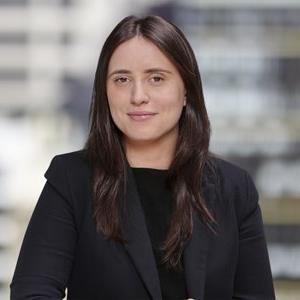