The long awaited global sulphur oxides (SOx) emissions cap of 0.5% m/m came into force on 1 January 2020. On the same day early reports of a mysterious pneumonia outbreak were being made by health officials in Wuhan. While the impact of transitioning to low sulphur fuel was at the forefront of many shipowners and operators' minds on 1 January, it would not be long before the lockdown restrictions and economic fallout caused by the COVID-19 pandemic consumed the attention of the industry. Suddenly, well regarded predictions that ships which were fitted with scrubbers would have a significant advantage given the reported limited supply and higher cost of low sulphur fuel, were shown to be wrong. Shipowners and operators now have to re-assess their business modelling in a 'COVID-Normal' world where, thus far, the drive to lowering emissions has not been slowed by the pandemic. In fact, for many it is now an opportune time to explore alternative fuel sources, which will revolutionise the way we carry goods around the world.

The IMO's new limits on the sulphur content of ships' fuel require that ships cannot use or carry fuel oil with SOx content of more than of 0.5% m/m unless the fuel is being carried as cargo. These requirements are prescribed in MARPOL Annex VI, which applies globally to all ships. In Australia, MARPOL is given effect through the Protection of the Sea (Prevention of Pollution from Ships) Act 1983 and compliance is regulated by Marine Order 97. Since the regulations came into force, AMSA have demonstrated a proactive approach to enforcement. In May, AMSA detained a dry bulk carrier at the port of Geelong after it found heavy fuel oil (HFO) in one of the vessel's service tanks. The ship was detained for two days' and released after the non-compliant fuel was discharged ashore and the fuel system cleaned.

In order to comply with the Annex VI regulations, shipowners can either choose to install scrubbers (otherwise known as Exhaust Gas Cleaning Systems) on their vessels, purchase more expensive but LSF or alternatively, utilise clean fuels, such as LNG. Since the amendments to MARPOL Annex VI were made in 2018, some shipowners have invested heavily in scrubbers on the basis that the SOx emissions cap would eventually create a glut of HFO on the market leading to a significant drop in prices. However, due to a drop in demand for shipping and adequate supplies of LSF, this did not transpire.

In addition, the IMO's recently approved emissions targets have created a new level of uncertainty in the market around what technology will be required in the future to comply with more stringent environmental regulations. There is now a risk that scrubbers could become obsolete technology much sooner than anticipated.

Despite COVID-19 and the wellbeing of seafarers remaining the most immediate issue for most shipowners and operators, the IMO has signalled that the increasing focus on emissions controls is here to stay. On 18 November 2020 the IMO Marine Environment Protection Committee (MEPC) approved new draft regulations to MARPOL which would require existing ships and their owners to combine a technical and an operational approach to cut their carbon intensity. A new Energy Efficiency Existing Ship Index (EEXI) will need to be calculated for ships of 400gt and ships above 5,000gt will also need their required annual operational carbon intensity indicator (CII) to be calculated. The amendments are in line with the initial IMO GHG strategy, which aims to reduce the total annual greenhouse gas emissions from international shipping by 40% from 2008 levels by 2030, and by 50% by 2050.

In the midst of the economic fallout from COVID-19 restrictions, an opportunity is emerging for shipowners to begin to transition to cleaner fleets that will be IMO 2030 compliant. Investment in shipbuilding is reportedly at its lowest level in 11 years as construction at Asian shipyards almost ground to a complete halt in quarter one. As restrictions began to lift in April, it was reported that shipyards in China were slashing prices on new builds by offering up to a 20% discount on new orders.

Industry players with access to finance are apparently taking advantage of these discounts, although it remains to be seen whether these new orders will be able to deliver the targeted lower emissions by 2030.  In mid-November Anglo American announced the award of a 10-year charter contract for four LNG capesize+ vessels, introducing LNG into its chartered fleet for the first time. The fleet will be built by Shanghai Waigaoqiao Shipbuilding in China and is expected to be delivered in 2023. Shortly after on 1 December, BHP announced that it had awarded its first LNG supply agreement for five LNG-fuelled Newcastlemax bulk carriers to Shell. These announcements mark a significant step toward compliance with IMO 2030.

The new, ambitious emissions targets set by the IMO are undoubtedly an important step in reducing the shipping industry's emissions and thereby reducing the carbon footprint of all goods carried by sea. However, the practical reality of this increasing focus on emissions controls is that shipowners may have to pay more for cleaner fuel, retrofit ships with scrubbers or even place orders for new eco-friendly vessels. At the same time, the challenges of conducting business in a 'COVID-Normal' world requires the sector to deal with  economic uncertainty, new operational challenges, disruptions to global trade and a lack of access to finance to facilitate investment in sustainable fleets. Looking ahead, we predict those with the capital to invest in building cleaner and more technologically-advanced ships will emerge as the frontrunners in our 'COVID-Normal' world. 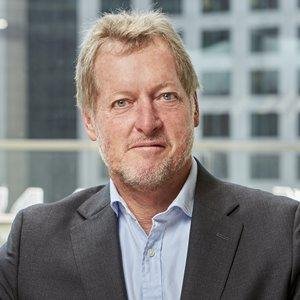 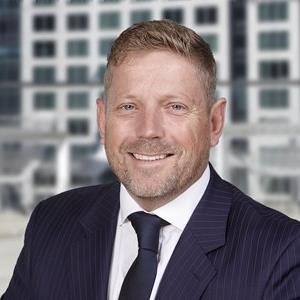