Against the backdrop of the ongoing US-China Trade War, the Ministry of Commerce of the People’s Republic of China (“MOFCOM”) published the MOFCOM Order No. 1 of 2021 on Rules on Counteracting Unjustified Extra-territorial Application of Foreign Legislation and Other Measures (the “Rules”) on 9 January 2021 with immediate effect. Although it is still early to assess the implication of the Rules, the official media commented that they were implemented with the intention of safeguarding national sovereignty, security and development interests, and protecting the legitimate rights and interests of citizens, legal persons and other organizations of China (including subsidiaries of international companies registered and operated in China) (herein referred to as “Chinese Parties”).

Effect of the Rules

The Rules grant the competent department of commerce of the State Council the power to issue a prohibition order against an unjustified extra-territorial application of foreign legislation and other measures (together referred to as “Foreign Laws”). A prohibition order will be to the effect that the Foreign Laws are not accepted, executed, or observed. When assessing whether there is an unjustified extra-territorial application of Foreign Laws, the following will be considered:

Nevertheless, the Rules do not apply to the extra-territorial application of Foreign Laws as provided for in treaties or international agreements to which China is a party.

Chinese Parties who are prohibited or restricted by Foreign Laws from engaging in normal economic, trade and related activities with a third State/region or its citizens/legal persons/other organizations have a duty to report the matter to MOFCOM within 30 days after Chinese Parties become aware of such matter.  The Chinese Parties affected can apply to MOFCOM for an exemption from complying with prohibition or restriction imposed by the Foreign Laws, and MOFCOM shall determine whether the exemption is approved within 30 days after receiving the application. Subsequently, Chinese Parties can also commence legal proceedings in the competent People’s Court of China to seek compensation from those who comply with Foreign Laws within the scope of a prohibition order.

The Rules are not unique in terms of its 'blocking features' as many other jurisdictions such as European Union, United Kingdom, Canada and US have also introduced blocking statutes. However, unlike the blocking statutes introduced by these jurisdictions, the Rules only establish the legal framework and contain an open-ended list of factors for the Chinese authority to consider when deciding whether to issue a prohibition order.  It remains to be seen how the Rules may be applied in real life cases once specific measures and implementation details are introduced.

We will continue monitoring any updates on the Rules and operating measures to be introduced. If you have any queries or wish to discuss potential impact of the Rules or relevant measures, please feel free to contact us. 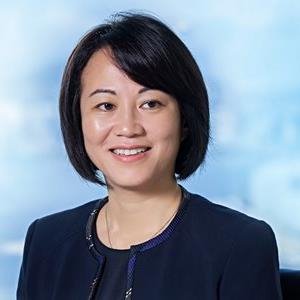