Company/Derivative claims – a new exposure for D&Os in Brazil?

Late last year, the minority shareholders of Brazilian meat company giant JBS S.A. approved, during a shareholder general meeting, the initiation, by JBS, of a claim against its parent company, J&F Investimentos, and a claim against two of its controlling shareholders, Joesley and Wesley Mendonça Batista (who were also directors of the company) and two of its former directors and officers, Florisvaldo Caetano de Oliveira and Francisco de Assis e Silva.  The two Batistas are referred to as "controlling shareholders" because it seems that their shareholding, or rather control, is indirect, through their ownership of J&F Investimentos.

The reporting of the company's decision is unclear, so it is not apparent at this stage whether the target defendants will be pursued by way of one claim, or two separate claims (one against the entity and the other against the individuals).  In any event, the claim(s) is/are to be brought under Brazil's Company Law (Lei das Sociedades por Ações), with the intention of compensation for losses suffered by the company after a plunge in its stock price in 2017 after the Batistas confessed to bribing public officials in order to obtain undue advantages.  It seems that the company believes that the Batistas, parent company and former directors were involved in those, and other related, illegal acts.  Of note is that the Brazilian Development Bank (BNDES) appears to have been one of the drivers behind approving the initiation of action, and whilst it is a minority shareholder, its shareholding is still significant, believed to be around 22%.

There are press reports in Brazil that the petrochemical company Braskem and the infrastructure company CCR might also be considering bringing similar claims against former directors, although it is not clear whether these claims are as directly related to allegations of corruption as the claim involving JBS seems to be.

Whilst under the Company Law directors and officers are not usually personally liable for any losses that the company may suffer as a result of operations resulting from management actions that are not in breach of any duties (in other words, normal operating losses), they could be held liable for losses if they arise from management acts that are a breach of a law or regulation, or are negligent, even if those acts were within the scope of a directors' powers (and of course they can be held liable for losses arising from acts of wilful default, such as fraud).

The Company Law would seem to allow a company to bring a claim against its directors if this is approved by the company's shareholders in a general meeting.  If approval is given and the company then fails to initiate the claim within 90 days of the approval, any shareholder can take on the claim instead.  If approval is not given, then a shareholder that holds at least 5% of the share capital could nevertheless bring a claim on their own initiative.  Regardless of who brings the claim, the claim would be for the benefit of the company as it would relate to company losses, and therefore any recoveries are paid to the company rather than shareholders.

The provisions of the Company Law also appear to allow for shareholders that hold at least 5% of the share capital (or if they do not, if they can provide security for costs) to claim (again, on behalf of the company) against the parent company, in certain circumstances (Braskem's shareholders were said to bring a claim against Odebrecht, a parent company of the company).  In this case, if the parent company is found liable, in addition there being costs implications, it can also be liable to pay a premium (seemingly to the shareholders that bring the claim, rather than to the company in whose benefit the claim has been brought, so there would appear to be a personal incentive for shareholders to bring such a claim) of 5% of the damages awarded, in addition to having to pay the actual damages to the company.

Whilst these provisions are not new and have been available to companies (and shareholders) for a number of years, their use by the company against its directors has, until now at least, been rare.  With at least three potential claims being reported as in the pipeline within a relatively close period of time however, the question does arise as to whether this is the start of a trend where such claims may become more common in Brazil.  It is of course too early to be able to answer this question, but it is interesting to note that whilst there have been many individuals that have been found guilty (or entered into plea bargains) of various acts in the course of the various corruption investigations that have been ongoing in Brazil for a number of years now, few of these individuals have been directors of the companies involved in the investigations.  To the extent, therefore, that companies continue to have holes in their accounts that they need to demonstrate to shareholders and investors that they are taking reasonable steps to try and fill, one does not have to stretch the imagination too far to anticipate that there might be further claims of this nature over the coming years.

If so, claims relating to corruption are likely to be the principal source of claims.  While the potential liabilities in such cases are not typically covered, defence costs incurred by the individuals could, in principle, be eligible for advance payment under D&O policies, which could lead to difficult considerations of the application of corruption exclusions (an increasingly common feature in D&O policies in Brazil, but still relatively untested in the courts and there also does not yet appear to be a single market standard form of wording for such exclusions, such that there is quite a variance between policy wordings) to prevent such advancement, or the later  application of conduct exclusions to try and recover any sums paid out.

As can be seen in the case of JBS, certain of the larger companies in Brazil are controlled by individuals/families that are also directors.  As such, where such individuals are sued, there could also be issues around the capacity in which they are being sued, which will not necessarily be easy to resolve in all cases, particular in companies where the director-shareholder has a lot of concentrated power and where the capacity in which acts are taken are not well-documented.  Similar issues could arise in claims against directors of controlling shareholders - are the directors being sued because of directorial acts, or simply because they are directors of the relevant company and the company is being sued for acts undertaken as a shareholder?

Consideration would also need to be given to the scope of any Insured v Insured exclusions.

Finally, whilst one would expect corruption to be the principal source of such claims, it is not unexpected that other claims may be brought for other reasons; although little detail is known about the CCR claim at this stage, it seems at this stage, for example, that this claim will be unrelated to corruption.  If this previously little-used mechanism is seen to be successful at recouping company losses over the coming years, other companies and shareholders might start to consider using it as part of their arsenal to ensure directors are kept in check and as such, we could start to see a broader range of derivative, or derivative-type, claims in Brazil. 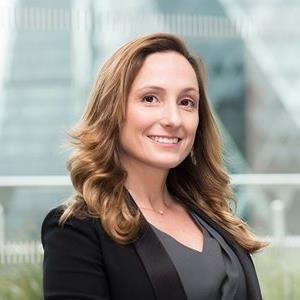