Facing business interruption losses due to COVID-19, certain Baton Rouge franchisees sought to certify a class action against Allianz on behalf of all its insured restaurants and bars in Quebec claiming coverage under a property insurance policy. On behalf of Allianz, Clyde & Co moved to dismiss the action and prevent certification based on the Policy's dispute resolution clause, which provided for mediation and/or binding arbitration. Justice Morrison granted the motion and dismissed the action.

Recourse to Arbitration to the Exclusion of the Courts

In regard to contracts of insurance, Article 3150 provides that the Quebec courts also have jurisdiction over a dispute arising out of a contract of insurance where the Insured or the insured property is located in Quebec. Unlike Articles 3149 or 3151 however, Article 3150 is silent on whether jurisdiction can be waived by the inclusion of an arbitration clause.

In this silence, past court decisions have inadvertently grouped Article 3150 together with Article 3149 and 3151, and in obiter dicta considered that, just like consumer contracts, contracts of employment, and asbestos related contracts, insurance policies could not be subject to arbitration clauses even though, as noted above, Article 3150 is silent on this question.

For example, in Construction injection EDM inc. v. SNC-Lavalin Construction (Atlantic) Inc., 2013 QCCS 5049— which was not an insurance dispute— the Superior Court, in an obiter dictum, inadvertently groups together Article 3150 with Articles 3149 and 3151 to find that the legislature has excluded the recourse to arbitration for all three. In United European Bank and Trust Nassau Ltd. v. Duchesneau 2006 QCCA 652, also in obiter, the Quebec Court of Appeal  accepted a party's submission that Articles 3149 through 3151 prevent the arbitration of disputes. The same holding is also found in KOM International inc. v. Swiednicki, 2018 QCCS 546.

As noted, none of these cases actually involved insurance policies or an exercise of the courts’ jurisdiction pursuant to Article 3150. They all appear to be based upon a reading of the Supreme Court's decision in GreCon Dimter inc. v. J. R. Normand inc., 2005 SCC 46, despite the fact that Grecon itself clearly species that only Articles 3149 and 3151 exclude the recourse to arbitration.

Insurances Contracts can be Arbitrated

In contrast, in Baton Rouge, Justice Morrison followed the only prior authority­—in an insurance dispute—on Article 3150: Mega Bloks Inc. v. American Home Insurance Company, 2006 QCCS 5083. He concluded that in its silence, Article 3150 allows disputes under insurance policies to be submitted to resolution by arbitration. In doing so, Justice Morrison also noted the privileged position the Quebec legislature has granted to alternative dispute resolution in the Code of Civil Procedure.

This ruling is consistent with the legislative debate on the drafting of Article 3150 during the reform of the Civil Code of Quebec, where the legislature specifically elected to allow for the arbitration of insurance disputes.

There is nothing inequitable in Arbitrating insurance disputes

While class actions are an important forum for seeking access to justice, the Supreme Court of Canada has frequently ruled that an arbitration clause is to be respected (Dell, Seidel), except where it is used unconscionably to prevent access to justice (Uber Technologies Inc. v. Heller, 2020 SCC 16). It is up to the legislature to enact specific legislation where other interests, such as protecting consumers or employees, are considered to be paramount over the liberty of contract.

In this regard, Justice Morrison also recognized that there is nothing inequitable in arbitrating an insurance dispute.

A Choice of District Clause does Not Preclude Arbitration

"The Courts in the Court District in which the Named Insured is located shall have exclusive jurisdiction in case of a coverage dispute."

Such clauses can appear to be contradictory—creating potentially fatal ambiguity as to the parties' intentions. However, Justice Morrison followed the longstanding principle of contractual interpretation to read both clauses together in a matter which preserves them both. In doing so, he determined that the policy contained both (i) an arbitration clause for resolution of disputes and (ii) a choice of district clause that specified the courts to which parties to the arbitration would seek assistance, if necessary, for the arbitration process, whether to appoint an arbitrator, seek emergency relief, or similar redress. 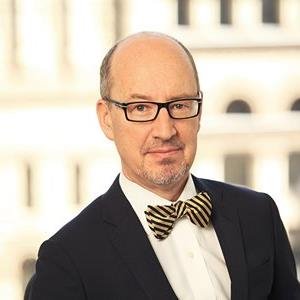 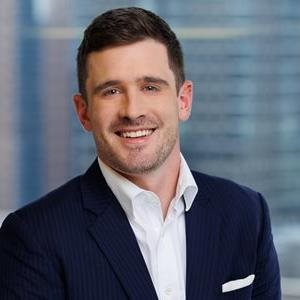 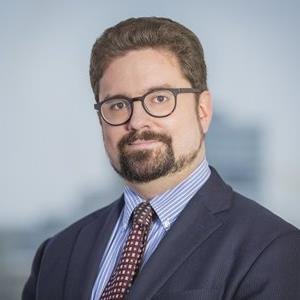