Arbitration is a common alternative to litigation in insurance contracts' dispute resolution clauses, but what are the practical implications of choosing arbitration over litigation? And what do insurers need to think about when electing to resolve a dispute by way of arbitration? There are a number of considerations to take into account when looking at the commonly referenced pros and cons of arbitration and the key differences with litigation. This article provides an overview.

Arbitration provides the parties with a great degree of freedom in comparison to traditional court proceedings, allowing them to shape the dispute resolution process as they wish.  The procedural rules of courts tend to be more rigid and the burden of processes such as disclosure are becoming ever more onerous and expensive to comply with.

Neutrality, procedural flexibility and the focus on parties' autonomy are some of the most appealing characteristics of arbitration. Another great advantage is the ability for the parties to choose the arbitrator(s) and ensure that they possess the necessary qualification and expertise to bring a dispute to a fair and efficient resolution. This is of particular relevance when dealing with insurance disputes given that some foreign courts may not be particularly experienced in determining complex insurance questions and coverage disputes. The enforcement of an arbitral award pursuant to the 1958 New York Convention on the Recognition and Enforcement of Foreign Arbitral Awards (the “New York Convention”) is also likely to be easier than the enforcement of a foreign court judgment.

The freedoms provided by arbitration should, however, be carefully considered and addressed by insurers when choosing to arbitrate a dispute in order to avoid uncertainty and delays.

Flexibility means some important choices need to be made

When opting for arbitration instead of litigation, the parties will need to choose not only the law governing the contract, but also the law of the seat of the arbitration and the procedural rules which will govern the conduct of the arbitral proceedings. It is important for insurers to understand the implications of each of these choices:

Arbitration clauses in insurance contracts tend to be fairly brief but it is important to ensure they address each of the above considerations in a clear and unequivocal way in order to avoid any ambiguity which could lead to uncertainty as to the parties' intention and ultimately give rise to unintended results. In particular, the importance of the law of the seat and of any institutional rules which may be chosen for the conduct of the arbitration should not be underestimated as they can make a very significant difference to the cost and efficiency of the process.

Confidentiality is not a given

Arbitral proceedings are traditionally understood to be confidential, as opposed to court proceedings which are usually held in public. This can be of interest to both insureds and insurers for a number of reasons, including for example the fact that an arbitral award will not set a legal precedent and that the confidentiality of the proceedings will serve to shield the parties from reputational risks which may be associated with a dispute.  That can be particularly valuable in insurance contracts where there may be a dispute about policy interpretation where there is a reasonable disagreement between insureds and insurers with a very strong commercial relationship, and what is required is time and space to resolve that technical dispute privately and without publicity – which is an inevitable consequence of public dispute resolution, in particular where high profile companies and industries are involved.

Under English law there is an implied duty of confidentiality on the parties and the arbitrators, which applies to hearings as well as to those documents disclosed during the arbitral proceedings and those documents which are generated for the purposes of the arbitration (e.g. pleadings, expert reports, etc.), but is subject to some exceptions (e.g. where disclosure is ordered by the court, or is in the interest of justice or in the public interest). However, there is no uniform approach to the confidentiality of arbitral proceedings globally and confidentiality is not the default position in all jurisdictions – by way of example, there is no implied duty of confidentiality in foreign jurisdictions such as Norway and Sweden, or in a number of US states.

Accordingly, where the intention is to ensure confidentiality, insurers should familiarise themselves with the applicable law and institutional rules to understand the protection those afford and any limitations or exceptions to the same. When in doubt, it will be prudent for insurers to ensure that an express confidentiality provision is included in the arbitration clause, or subsequently agreed with the insured.

Whilst arbitration has the potential to be cheaper and quicker than litigation, whether this will be the case in practice will inevitably turn on the specific circumstances of a dispute. For example, lower value and less complex claims could be suitable for resolution by way of an arbitration which is conducted mainly on paper, with limited time allocated to oral hearings (if necessary) and with a sole arbitrator in charge, leading to significant time and cost savings.

However, when dealing with higher value and more complex claims arbitration is less likely to result in cost savings. The most obvious and significant factor in this respect is that in arbitral proceedings the parties will be paying for the arbitrators' time, the hiring of the hearing venue and, where the arbitration is to be conducted pursuant to the rules of an arbitral institution, the administrative costs related to the institution's management of the case – these are all additional expenses in comparison to those that would be incurred in court proceedings. Some administrative costs may be saved, for example, by choosing ad hoc arbitration as opposed to institutional arbitration, although some would argue that an arbitral award is more likely to be complied with when it is made by a tribunal under the rules of a well-respected arbitral institution.

Where the entity of a claim is difficult to estimate at the outset and the objective is to achieve cost savings wherever possible, insurers may wish to consider incorporating in the arbitration agreement simplified rules for streamlined procedures to deal with lower value claims. Various institutions offer such options, see for example the ARIAS Fast Track Arbitration Rules or the ICC Expedited Procedure Provisions.

Depending on the composition of the arbitral panel, a tribunal's case management style is also likely to be more relaxed and reactive when compared to that of the local courts so the proceedings may not always be as speedy. Courts usually have stronger, or more well-established, powers in respect of sanctions and interim relief, therefore courts are more likely to take action to discipline the behaviour of parties who are looking to delay the proceedings or circumvent the rules. Where the appointed arbitrators are based in different locations or have particularly busy diaries, their limited availability could also lead to some delays in the proceedings.

Ultimately, however, the question of whether arbitration proceedings will be quicker than litigation proceedings is likely to turn on the relevant jurisdiction being considered as an alternative forum for litigation purposes. For example, arbitral proceedings may not necessarily be quicker than English court proceedings but they may well be quicker than litigating a dispute in foreign courts, especially if the local court system is not sophisticated or particularly experienced in dealing with insurance disputes. In the circumstances, arbitration can offer a neutral dispute resolution venue, with the advantage that the parties will be able to select arbitrators who have the necessary expertise.

Whilst the proceedings themselves may not always be quicker, arbitral awards are usually intended to be final and binding on the parties, with the grounds of appeal in arbitration proceedings generally limited to jurisdictional issues or procedural irregularities.

By way of example, in respect of London-seated arbitrations, the Arbitration Act 1996 provides that an arbitral award can only be challenged in the English courts for: (i) a lack of substantive jurisdiction (Section 67); (ii) a serious irregularity causing substantial injustice (Section 68); or (iii) subject to obtaining leave from the court, an appeal on a point of law arising out of an award (Section 69). Yet, the applicability of Section 69 can be, and often is, excluded by agreement.

Further, the extent to which an award can be challenged can be limited by the chosen institutional rules which govern the conduct of the arbitration – for example, various institutional rules provide that parties who choose to adopt them waive the right to any form of appeal. In the context of a London-seated arbitration, this means that there will be no right to appeal on a point of law under Section 69.

Accordingly, insurers should be mindful not just of their choice of seat but also of which institutional rules are selected in the arbitration agreement and what the implications of those rules will be in practical terms under the relevant law.

As opposed to litigation, arbitration allows the parties to agree on a number of procedural aspects such as the language in which the proceedings will be conducted, whether their written submissions should take the form of pleadings or memorials, the extent of any factual and/or expert witness evidence required and the scope of the disclosure required in the proceedings.

The scope of disclosure is probably one of the most significant aspects where the traditional approach in arbitration is for document production to take place pursuant to document requests rather than pursuant to a duty to disclose all documents, whether helpful or unhelpful, which are relevant to the issues in dispute. The parties are, however, free to depart from the traditional arbitration approach if they so wish.

It is also worth noting that, whilst most arbitral tribunals will be empowered to make awards on the arbitration costs (i.e. the administrative / institutional costs) and the legal costs of the proceedings, there is usually no cost budgeting in arbitration and the costs awards made by an arbitral tribunal can therefore be more unpredictable than in those made by a court.

Whilst arbitration will not necessarily always be cheaper or quicker than litigation, it does offer some significant advantages, such as neutrality, procedural flexibility and the option of confidentiality. Whether arbitration as an alternative form of dispute resolution meets insurers' dispute resolution needs will turn on their specific circumstances and objectives, but it is certainly a valuable alternative to traditional court proceedings. The key is to ensure that due consideration is given to its practical implications from the outset in order to make the most of it. 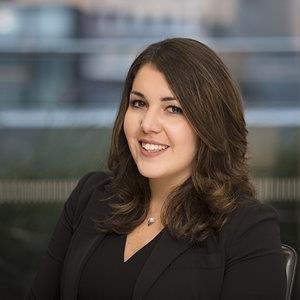