A significant judgment has been handed down in a trial of a preliminary issue, concerning a child who has been left severely disabled due to alleged negligence following treatment provided in 2008.

In JMH v 1. Akramy 2. Badger Group 3. NHS Commissioning Board [2020] EWHC 3445 (QB) Her Honour Judge Melissa Clarke sitting in the High Court dismissed the claimant's argument that the NHS had a non-delegable duty of care. The alleged negligence related to the advice given by a nurse who had been engaged by a company that ran the out of hours treatment centre at a hospital in South Birmingham.

This judgment serves as a warning that not all NHS patients can expect to successfully argue that the NHS owes a non-delegable duty of care for their treatment.

The claimant was a 2 year old child who had become unwell on 26 December 2008. Her grandmother called the GP surgery and an automated message provided the number for the out of hours emergency service. On telephoning the number, she was advised to take the child to the medical centre which was located on the same site as the hospital. Here, the claimant was seen and assessed by a Nurse.

The advice was that the claimant should be encouraged to drink and to continue to take paracetamol. If the symptoms did not improve, the claimant should return to her GP. A couple of days later, the claimant was taken to hospital by ambulance. An MRI scan revealed abnormalities requiring surgery. She has suffered permanent neurological damage and significant impairments.

The out of hours service was provided by a company which had entered into a contract with the local NHS Primary Care Trust on 1 December 2006. The company separately engaged healthcare practitioners (in particular the nurse who saw the child) to provide out of hours medical services to NHS patients.

The Nurse held indemnity through her membership with the Royal College of Nursing, limited to £3million including all legal costs. It is accepted that if this claim was successful, the damages and costs could well exceed this sum.

The company confirmed that it was uninsured for the purposes of any liability to the claimant. The contract with the PCT required it to hold "adequate insurance against all liabilities arising from the negligent performance of the Services." "Services" is defined to include providing the out of hours medical services at the medical centre. The insurance would not cover individual practitioners who were obliged to hold their own insurance cover (which is typical of most arrangements where a company engages the services of medical professionals who will usually have indemnity through their professional body or other commercially arranged provider).

As a result, the claimant joined the NHS Commissioning Board into the proceedings, alleging that it owed a non-delegable duty of care to the claimant, who was an NHS patient and should therefore be a defendant to the claim.

Why was it held that the principle of non-delegable duty did not apply?

A non-delegable duty exists either in statute or at common law.

In 2008 the NHS duties were defined by the NHS Act 2006 which states that "The Secretary of State must…provide or secure the provision of service in accordance with this Act". This includes the provision of medical, dental, ophthalmic, nursing and ambulance services, including Primary Medical Services which it is agreed were being provided in this case.

It was agreed that it was not necessary to consider whether a non-delegable duty existed under common law, as the NHS Act 2006 provided statutory provision.

The claimant submitted that paragraph 16(1) of Schedule 3 to the NHS Act 2006, was clear that "Any rights acquired, or liabilities (including liabilities in tort) incurred, in respect of the exercise by a Primary Care Trust of any function exercisable by it…are enforceable by or against the Primary Care Trust (and no other body)". As a result, it was argued that this meant that a PCT could not outsource its responsibility and/or duty and that the responsibility and the duty to provide medical services remained with the PCT. However, it was agreed at the hearing that the above section only related to contracts with another NHS body (which the company was not).

The Judge therefore held that para 16 of Schedule 3 to the NHS Act, and the NHS Constitution were therefore not applicable.  Nevertheless, the claimant submitted the wording of s83 of the NHS Act to provide or secure the provision of services went beyond merely arranging them (as held in the cases of Armes v Nottinghamshire County Council [2017] UKSC 60 (a case of the Local Authority 'arranging' foster care) ,Myton v Woods (1979) LGR 28 ('arranging' school transport) and that it was a duty to perform.

The defendant submitted that the statutory duty clearly defined to provide or to secure. The PCT was expressly given the power to make arrangements for the service to be provided by others, including contractual arrangements. It was rejected that there was any requirement to perform as suggested by the claimant. As a result, the duty was no more than a duty to arrange for services to be provided, which it did by contracting the company by virtue of the 2006 contract. It was also pointed out that if the claimant was correct that the NHS had a non-delegable duty of care, then this would apply to a wider range of care providers, to include dentists and ophthalmologists and that in all cases, the NHS would become an insurer of last resort.

The Judge held that the statutory framework did not impose on the PCT a non-delegable duty of care. The Act requires the PCT to provide or secure the provision of services. This duty can be discharged by the PCT providing the medical services, or by the PCT securing the provision of services by contracting with another provider. As a result, the PCT utilised the statutory power to secure services from another provider. In so far as the PCT took reasonable care in selecting the contractor, it had no liability for the manner in which the service was performed.

In following the GP's automated telephone advice to attend the out of hours clinic, the claimant's grandmother was unknowingly attending a service which was not operated by the NHS. If she had taken the claimant to the Emergency Department at the local hospital, there would be no doubt that any treatment would be covered by indemnity that the hospital would have had with NHS Resolution.

This case is a clear warning to litigators that arguing a non-delegable duty of care is not a 'catch all' allegation as perhaps it would be hoped. The NHS does have complex commissioning arrangements and litigators in this field need to have a good understanding of how they operate. 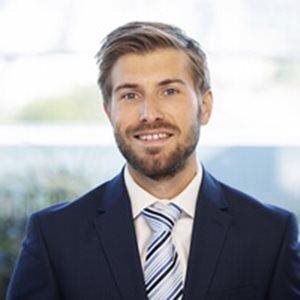