Digitalisation of Documents of Title to Goods

The challenges of digitalisation in trade and electronic Bills of Lading.

The Covid-19 pandemic has accelerated the digital revolution. There is almost no area of life which has not been significantly affected by digitalisation. Therefore it is quite surprising that we still seem to be stuck in the past in some aspects of our lives. Today – just like centuries ago – some trade documents are still sent around the world in paper form. This especially is true for documents of title to goods which allow for the trade of transported goods.

This article provides insight into the challenges of bringing a centuries-old system into the digital age. Following a brief introduction on the topic, the legal framework of the applicable law and the efforts of private providers in offering digital solutions will be summarized. The conclusion will give an outlook on future regulatory options.

The Bill of Lading

As part of the amendment, § 516 HGB was introduced. According to § 516 Section 1 HGB, the Bill of Lading has to be signed by the carrier – as per the previous law – and a reproduction of the signature can be provided in the form of print or stamp. The formal requirements regarding the issuing of a Bill of Lading are therefore less strict than the written form requirement set up in the Bürgerliches Gesetzbuch (German Civil Code, “BGB”). This seems surprising: Why are there stricter written formalities required for, e.g., the termination of rental agreements, but not for the issuance of a negotiable Bill of Lading? After all, the latter carries far more commercial weight: enabling the transfer of ownership of hundreds of containers loaded onto a container vessel. A simple explanation of the legislation's decision is the mass business of the transport industry. In 2018, approximately 8.7 billion TEU (20-Foot-Standard-Container) were handled in the Port of Hamburg alone. It goes without saying that the digitalisation of Bills of Lading would considerably facilitate the issuance of legally relevant declarations.

With the introduction of § 516 section 2 HGB, a legal basis for the use of electronic bill of lading was created. According to this section, an electronic Bill of Lading would have equal treatment to its paper version "as long as it is guaranteed that the authenticity and the integrity of the record are secured." The functions of an electronic version of a Bill of Lading remain the same as its paper version: It has the evidential function as well as the title function, the acknowledgement function and the legitimation function.

In § 516 section 3 HGB, the Federal Ministry of Justice and Consumer Protection (BMJV) has been authorized to "regulate the details of issuing, returning and transferring of an electronic Bill of Lading as well as the details of the registration of the electronic Bill of Lading". At time of writing, the BMJV has not issued any regulation. The reason therefore might be that according to the official reasoning of section § 516 HGB (Deutscher Bundestag Drucksache (BT-Drs.) 17/10309, S. 93), the question to the extent the authorisation from § 516 section 3 HGB should be used shall depend on the existence of a suitable mechanism to deal with electronic Bills of Lading set up in private practice. In other words: The legislation – for the time being – leaves the challenge of finding a practical and legally viable solution for the issuing and transferring of electronic Bill of Ladings to the private sector.

This is not necessarily a bad thing as it not only spurs competition for the best solution, but also avoids the creation of legal regulations that do not meet the requirement of commercial practice. The reluctance of the legislation to find a solution can be explained by the fact that they have been trying to create an appropriate procedure for electronic Bills of Lading for years. The Comité Maritime International (CMI) created a rulebook for the electronic issuing of Bills of Lading (CMI Rules for Electronic Bills of Lading) in the 1990s. In the meantime there are private providers that offer the use of electronic Bills of Lading in the framework of a closed system. Examples include the BOLERO (Bill of Lading Registry Organisation) System (www.bolero.net) as well as the ESS (Electronic Shipping Solutions) Databridge System (www.essdocs.com). Bolero and ESS have their own rules – the Bolero Rulebook and the ESS-Databridge Services and Users Agreement. As a consequence, the parties involved in maritime trade have to enter a contract with private companies to use their systems.

The rulebooks, some of which have around 50 pages, are fairly complex. They are subject to English law. This poses the question whether the rules and regulations of the above-mentioned providers meet the requirements of the transfer of a bill of lading under German law. For instance, the legal position is not clear with respect to an order bill of lading, which is often issued in practice. According to § 519 section 3 HGB, the owner of the Bill of Lading is only entitled to take delivery of the goods if he can supply a complete series of indorsements. The indorsement is a note on the back of the Bill of Lading where the current owner (endorser) transfers his ownership of the paper with the connected rights to the endorsee which is mentioned in the Bill of Lading. Under the Bolero System, the transfer happens by way of novation. The legal consequence of a novation is that the former legal relation of the Bill of Lading ends and a new legal relation with identical rights and obligations are created. This would not fulfil the requirement of a transfer of an order Bill of Lading under German law due to the fact that a complete series of indorsements is missing.

Due to the legal uncertainty and the seemingly complex contractual terms involved, many parties in maritime trade do not feel comfortable using these private systems.

Against this background, it is interesting to note that a cooperative project under the management of the Centre of Law of the Information Society of the University Oldenburg is currently examining how electronic Bills of Lading could function under German law. The project is funded, inter alia, by the Federal Ministry for Economic Affairs and Energy (Bundesministerium für Wirtschaft und Energie [BMWi]). The goal is to create a software that complies with German Law. Technically, the idea is to create a Blockchain-Bill of Lading. The carrier creates a token and gives an order to the electronic system to receive the relevant information in accordance with § 515 section 1 HGB. This would link the information normally set out in the Bill of Lading to the token, which can then be issued directly to the Consignee. For the transfer of goods for which a token has been created, it would suffice to transfer the token to the Buyer via blockchain.

Unlike private vendors, the research project of the University of Oldenburg has a neutral approach. It is not profit oriented. Not only with respect to data protection issues, this seems to be a good approach. (For further information please visit: https://uol.de/privatrecht/projekt-haptik )

Concluding, documents of title to goods, at this point in time, can only be traded digitally in the framework of closed systems subject to English law. However, it will not take long until suitable solutions will allow the use of electronic Bills of Lading under German law.

Dr. Tim Schommer LL.M is a Partner at international law firm Clyde & Co, which opened an office in Hamburg in 2019. He is a lecturer at the Bucerius Law School and has been active for more than 15 years in Commercial Law, Maritime Law and Commercial Arbitration. Tim also focuses on the law of digitalisation. 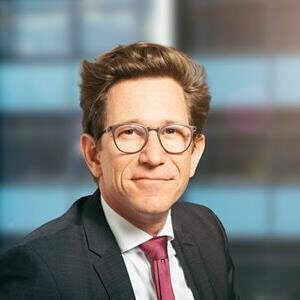