In March 2021, an appellate court decision clarified what the law has always been in California; that to find an insurer liable for bad faith, the insured (or its assignee or a judgment creditor) must plead and prove the insurer acted unreasonably or without proper cause.

California’s standardized jury instruction pertaining to a cause of action against an insurer for an alleged failure to accept a reasonable settlement demand within the limits of the policy, CACI 2334,[1] states that a plaintiff must prove three elements: (1) that the claimant in the underlying action brought a lawsuit against the insured for a claim that was covered by the policy; (2) that the insurer failed to accept a reasonable settlement demand for an amount within the policy limits; and (3) that a monetary judgment was entered against the insured for a sum greater than the policy limits.  While CACI 2334 includes instructions to the jury on the meaning of “policy limits” and a means for evaluating whether the settlement demand was “reasonable,” CACI 2334 did not include, as an element of the plaintiff’s burden of proof, a requirement that the plaintiff prove that in rejecting the settlement demand the insurer acted unreasonably or without proper cause. Under California law, such element is necessary to establish breach of the implied covenant of good faith and fair dealing.

Based on CACI 2334, policyholder counsel often assert the position that a denial of a reasonable settlement offer, within limits, constitutes bad faith per se, a strict liability standard.  This left insurers, in some coverage actions, arguing to the court that the standardized jury instruction must be modified to require the jury to also find that, in rejecting the settlement demand, the insurer acted unreasonably or without proper cause, as required under the applicable legal precedent.[2]

This tension between the law and the instruction is noted in the “Directions for Use” accompanying CACI 2334:

Under this instruction, if the jury finds that the policy-limits demand was reasonable, then the insurer is automatically liable for the entire excess judgment. Language from the California Supreme Court supports this view of what might be called insurer “strict liability” if the demand is reasonable. (See Johansen v. California State Auto. Assn. Inter-Insurance Bureau (1975) 15 Cal.3d 9, 16 [123 Cal.Rptr. 288, 538 P.2d 744] [“[W]henever it is likely that the judgment against the insured will exceed policy limits ‘so that the most reasonable manner of disposing of the claim is a settlement which can be made within those limits, a consideration in good faith of the insured’s interest requires the insurer to settle the claim,’” italics added].)

However, there is language in numerous cases, including several from the California Supreme Court, that would require the plaintiff to also prove that the insurer’s rejection of the demand was “unreasonable.” [Citations omitted] Under this view, even if the policy-limits demand was reasonable, the insurer may assert that it had a legitimate reason for rejecting it. However, this option, if it exists, is not available in a denial of coverage case. (Johansen, supra, 15 Cal.3d at pp. 15−16.)

None of these cases, however, neither those seemingly creating strict liability nor those seemingly providing an opportunity for the insurer to assert that its rejection was reasonable, actually discuss, analyze, and apply this standard to reach a result. All are determined on other issues, leaving the pertinent language as arguably dicta.

For this reason, the committee has elected not to change the elements of the instruction at this time. Hopefully, someday there will be a definitive resolution from the courts. Until then, the need for an additional element requiring the insurer’s rejection of the demand to have been unreasonable is a plausible, but unsettled, requirement….

In Pinto v. Farmers Ins. Exch., Case No. B295742 2DCA1 (Mar. 8, 2021),[3] Division 1 of the Second District Court of Appeal squarely addressed the issue and rejected the notion that an insurer’s failure to accept a reasonable settlement offer by a claimant is unreasonable per se.

In Pinto, a demand was made upon the insurer, within the $50,000 limits, to settle a catastrophic vehicle accident involving multiple individuals.  The demand afforded the insurer a short period of time to respond (8 workdays).  The demand also did not specify that in exchange for the policy limits, the claimant would release all individuals potentially covered by the policy.

Citing a litany of California Supreme Court and appellate decisions, the Court of Appeal held, in reversing the judgment, that bad faith liability against an insurer requires a finding that the insurer acted unreasonably: “To hold an insurer liable for bad faith in failing to settle a third party claim, the evidence must establish that the failure to settle was unreasonable.” See Slip Op., at 11. “An insurer’s duty to accept a reasonable settlement offer is not absolute.” Id. “Therefore, failing to accept a reasonable settlement offer does not necessarily constitute bad faith. ‘[T]he crucial issue is … the basis for the insurer’s decision to reject an offer of settlement.’” Id. at 12, citing Walbrook Ins. Co. v. Liberty Mut. Ins. Co., 5 Cal.App.4th 1445, 1460 (1992).  “A claim for bad faith based on the wrongful refusal to settle thus requires proof the insurer unreasonably failed to accept an offer.”  Slip Op., at 12.

In examining the jury’s findings on the special verdict form, the Court of Appeal held that the form was “facially insufficient to support a bad faith judgment because it included no finding that [the insurer] acted unreasonably in failing to accept [the claimant’s] settlement offer.”  Slip Op. at 14. The court noted that the special verdict form was patterned on CACI 2334, but that such instruction did not include whether the insurer’s failure to settle was unreasonable.  “Although CACI No. 2334 describes three elements necessary for bad faith liability, it lacks a crucial element:  Bad faith.”  Slip Op. at 18.  “To be liable for bad faith, an insurer must not only cause the insured’s damages, it must act or fail to act without proper cause, for example by placing its own interests above those of its insured.”  Id.  Because that necessary element was missing, the Court of Appeal found the judgment defective, reversed it, and ordered the trial court on remand to enter a new judgment in favor of the insurer.

The Pinto decision clarifies what the law has always been in California; that to find an insurer liable for bad faith, the insured (or its assignee or a judgment creditor) must plead and prove the insurer acted unreasonably or without proper cause.  The case law on the issue has not imposed a strict liability standard upon an insurer for failure to accept a reasonable settlement offer within limits. While CACI 2334 appeared to indicate otherwise, the source authorities upon which the instruction is based demonstrates that bad faith requires a finding that the insurer’s conduct was unreasonable.

As the California Supreme Court cautioned: “[J]ury instructions, whether published or not, are not themselves the law, and are not authority to establish legal propositions or precedent.” People v. Morales, supra, at 48 fn. 7. In reiterating the necessity of this additional element, the Pinto court squarely stated that an insured must prove that the insurer’s conduct concerning the settlement demand was unreasonable.  In flatly rejecting the application of a strict liability standard, the Pinto decision provides the guidance that the CACI committee solicited from the courts in its “Directions for Use” commentary.

The Pinto decision is available at the California Courts website.

[2] See People v. Morales, 25 Cal.4th 34, 48 fn. 7 (2001) (“[W]e caution that jury instructions, whether published or not, are not themselves the law, and are not authority to establish legal propositions or precedent. They should not be cited as authority for legal principles in appellate opinions. At most, when they are accurate, … they restate the law.”). 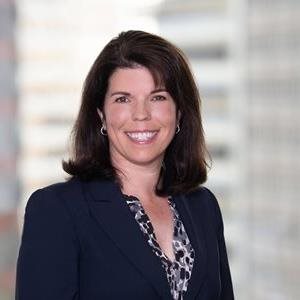