Clyde & Co has recently been successful at trial defending a homeowner from a claim submitted by a heating and plumbing contractor on the same site. The decision not only resulted in significant savings to our client, it also serves as a useful reaffirmation of duties owed by those deemed to be in control of a workplace, and the relationship between common law and the Occupiers' Liability Act.

In summary, whilst our client was found at trial to be in a contractual relationship with the Claimant who was working at her property, she did not give the Claimant instructions on how to carry out his work. Despite the Claimant falling from a ladder whilst on the property, the Claimant as a contractor would have been knowledgeable regarding the use of ladders and competent to use one when needed.

The Claimant was a heating and plumbing contractor working on a site. He alleged the first Defendant (D1) was the head contractor with control over his system of work. In turn, D1 identified our client as the project manager for the work that the Claimant undertook, instructing and paying him directly.

The Claimant's positon was that D1 was carrying out most of the work on site and he did not believe our client had control of the way work was carried out or the route(s) selected by the contractors.

When commencing the work, the Claimant alleged that he was met onsite by D1 who explained how he was to access it. D1 denied this version of events. The Claimant's role was to install a boiler, pipework, underfloor heating and to cement a shower tray in place. Initially, the Claimant accessed the site via a basic domestic ladder at the back of the property, which led to a flat roof and a window. At that time, work on a new extension to the property was underway and the extension was not yet being linked to the main house. The two buildings were eventually merged. At this stage, the Claimant was permitted to gain access via the front door. The Claimant said he was told by D1 that the former route (via the ladder and window) was the only access route our client had approved. Our client denied this, stating that other workmen had used the front door. The carpets were being replaced and therefore there were no concerns about damage occurring.

On the day of the accident, the Claimant alleged he had made several trips up and down the ladder. However, at trial he conceded that the incident happened as he came down the ladder after his first trip that day. Our client's evidence was that they had let the Claimant in through the front door of the house on that day yet the Claimant elected to exit via the ladder. Whilst descending the ladder on this occasion his right foot slipped off the rung and he fell off sustaining serious injuries.

Proceedings were issued against D1. Despite the Claimant’s initial position regarding the involvement of our client, he added our client into proceedings as the Second Defendant following the filing of a Defence pleading that our client was the manager of the work and had instructed the Claimant to carry out the works.

The matter proceeded to Trial. The judge stated that issues to be addressed were:

Handing down judgment, the Judge commented that contractually the position was a difficult one; little thought had been given to what duties each party would owe to the other, particularly in terms of overall control of the site and in terms of safety.

Concluding, the Court found neither Defendant owed a duty of care to the Claimant. The claim therefore failed, resulting in savings of over £180,000 for our insurer client. 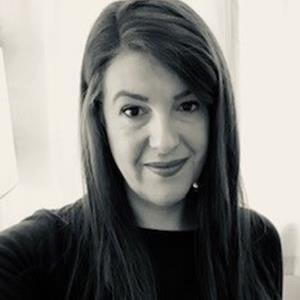